Accessibility links
5 Things You May Not Know About Rick Santorum You may know that Santorum is a self-described "champion of faith and families, a defender of the taxpayer and a believer in American Exceptionalism." But there may be a few things you don't know.

5 Things You May Not Know About Rick Santorum

5 Things You May Not Know About Rick Santorum 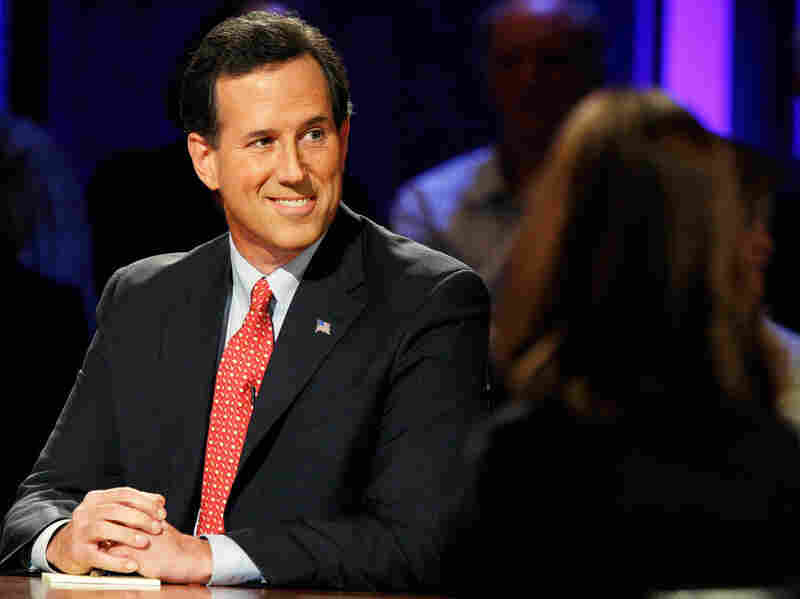 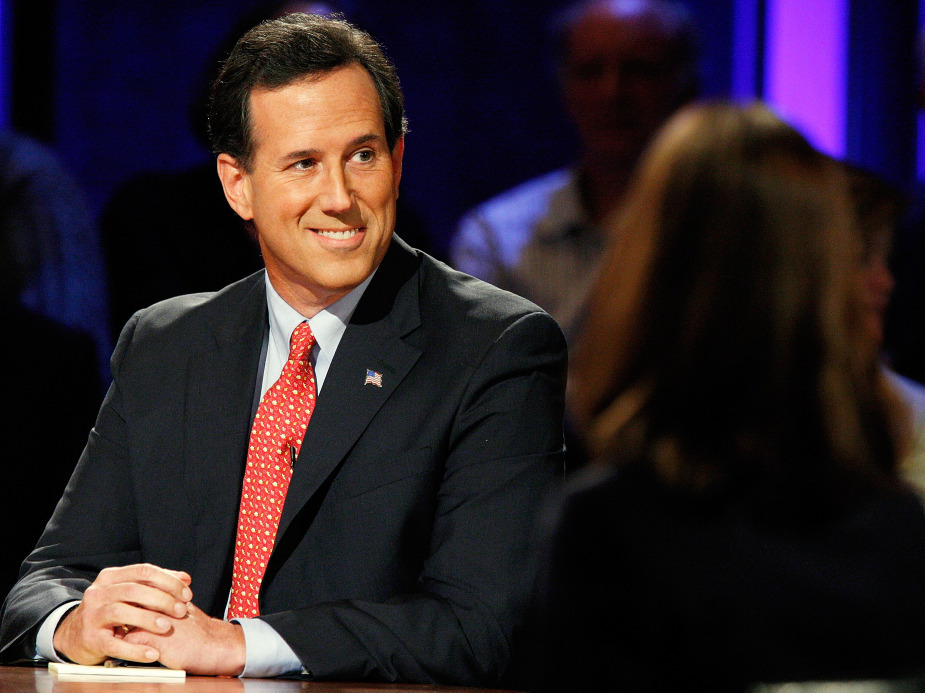 Born in the spring of 1958, former Sen. Rick Santorum — the son of a psychologist and a nurse — was the second of three children in a Catholic family. The Pennsylvania Republican spent most of his childhood in the Pittsburgh suburbs.

As a freshman at Pennsylvania State University, Santorum was bitten by the politics bug. He worked for the Senate campaign of Republican John Heinz, and he founded the campus chapter of College Republicans. Santorum graduated in 1980 and went on to get an MBA and a law degree. He and his wife, Karen, have seven children — all home-schooled.

In 1990, the 32-year-old Santorum was elected to the U.S. House of Representatives, surprisingly sacking the Democratic incumbent. Four years later, Santorum pulled off the same feat and was elected to the U.S. Senate, again surprisingly sacking the Democratic incumbent. In 2000 he won re-election. But in 2006 he was sacked himself, in an 18-point defeat, by Democrat Bob Casey.

Since then he has practiced law and worked as a contributor to Fox News. He believes in a strong national defense and battling government corruption. He describes himself as a champion of faith and families, a defender of the taxpayer and a believer in American Exceptionalism.

1. He jokes about growing up in public housing. Santorum's parents both worked for the Veterans Administration. "We always lived on the campus of the veterans hospitals. It was called the domiciliary," Santorum told the Pittsburgh Tribune-Review when his father died in 2011. "I always joked that I spent my childhood in public housing."

2. He is a proud uncle. When Santorum was sworn in — as a newly elected member of the 102nd Congress — in January 1991, the New York Times reported, his young nieces Elizabeth Kusturiss and Alyssa Thornburg were at his side.

3. He stands up to his colleagues. In the early 1990s, the Senate wanted to give itself a $23,200 annual raise and needed the House to approve it. In an item titled "Profiles in Cowardice," the Wall Street Journal reported that because no one in the House wanted to be on record as supporting such a measure, it was proposed that the question be addressed by voice vote. One member, however, demanded that the vote be recorded, so that the electorate could know the responsible parties. That congressman was Rick Santorum. Of the 225 members present, only four seconded Santorum's motion. The measure fell short, the question was put to a voice vote, and the senators' pay was raised.

4. He has spoken out against community service for pay. In a debate with Santorum, incumbent Sen. Harris Wofford "spoke with feeling of his national service program that would pay students for civic involvement," according to a 1994 Washington Post story. Santorum retorted that Wofford "keeps referring to the '60s. ... These are old solutions and they don't work. Someone's going to pick up trash in a park and sing 'Kumbaya' around a campfire, and you're going to give them 90 percent of the benefits of the GI Bill! That's a slap in the face to every person who put their butts on the line in a foreign country. ... That's not what America is all about."

5. He is not universally beloved. Teresa Heinz, widow of John Heinz — for whom Santorum volunteered — and wife of Massachusetts Democratic Sen. John Kerry, once described Santorum as "short on public service and even shorter on accomplishments" and part of a "worrisome breed" of politicians who "mock, belittle and vilify those who disagree with them," according to The Washington Post in 1994. Over the years, Santorum has been criticized by a variety of others, including Teamsters president Jim Hoffa, who called him a "bum," and teen sensation Miley Cyrus, who will be voting in her first election in 2012.