Accessibility links
The Enduring Popularity Of Sherlock Holmes Sherlock Holmes is 124 years old — and he's never been in such high demand. The iconic detective from 221b Baker Street has inspired films, numerous television series, and now, two new books. 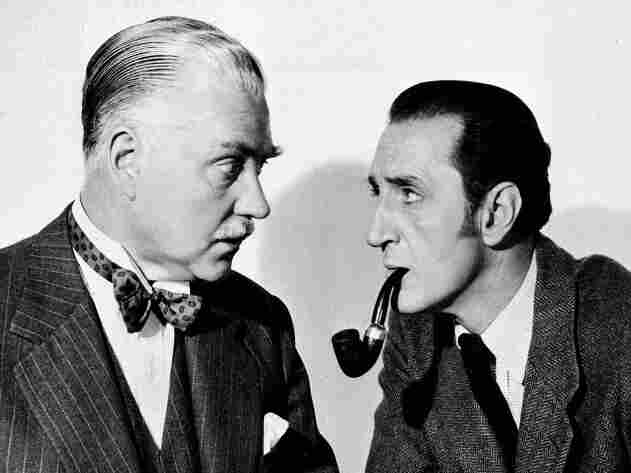 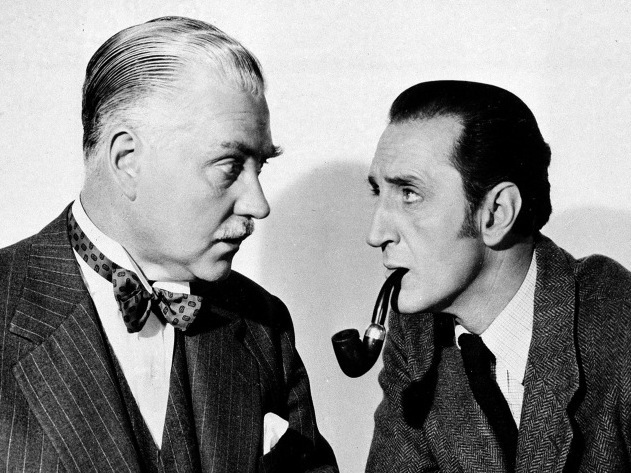 It's been more than a century since Sherlock Holmes first appeared in print and captivated a generation of readers. Arthur Conan Doyle's methodical sleuth has been stirring imaginations ever since — even now, the Holmes canon continues to grow.

The House of Silk — published this fall — is the first new Sherlock Holmes mystery to be authorized by Conan Doyle's estate. Author Anthony Horowitz has been transfixed by the series since receiving the complete Sherlock Holmes for his 16th-birthday present. And it wasn't merely the man and his distinctive methods that so captivated Horowitz — it was the rich atmosphere of 19th century London. 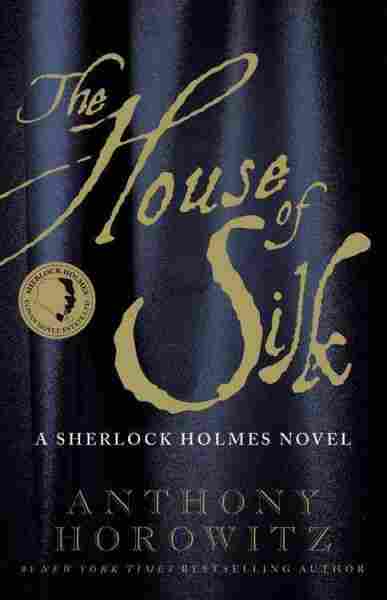 The House of Silk

"It's the fog, the cobblestones, the fire flickering, the River Thames, the sound of the Stradivarius, the strange villains," he says. "It's the last gasp of English history before technology takes over. ... It really is the last glimmer of an entire age before it comes to modern times just around the corner. Maybe that's why we want to cling ... to it and remember it."

But as much as Sherlock Holmes was shaped by the Victorian era, he also lends himself — with surprising ease — to contemporary interpretations.

According to Les Klinger, co-editor of A Study in Sherlock, a new collection of stories inspired by the Holmes canon, "We can see him plucked out of Victorian England and plopped into 21st century England with the same effect."

Klinger was also technical adviser for the latest Sherlock Holmes movies, including just-released A Game of Shadows, in which Holmes and his sidekick, Watson, have been reimagined as action figures played by Robert Downey Jr. and Jude Law. It's not as much as a stretch as it seems; Klinger maintains that the original Sherlock really was tough.

"If you read the stories carefully, you'll see that Holmes is an expert with the 'single stick,' which is like fencing. He's also an amateur boxer ... so those elements of the film are not invented, they're there in the original material."

But Holmes as action hero is just one modern manifestation of the character. Laurie King, the other editor of A Study in Sherlock, also created her own contemporary version of Sherlock Holmes. Her character just happens to be a woman named Mary Russell.

King explores the central paradox at the core of Holmes: "He is a misogynist. He is a misanthrope. ... And yet he spends his life helping people. I was interested in what that mind looked liked if instead of being in a Victorian male ... it were in a young feminist 20th century woman." 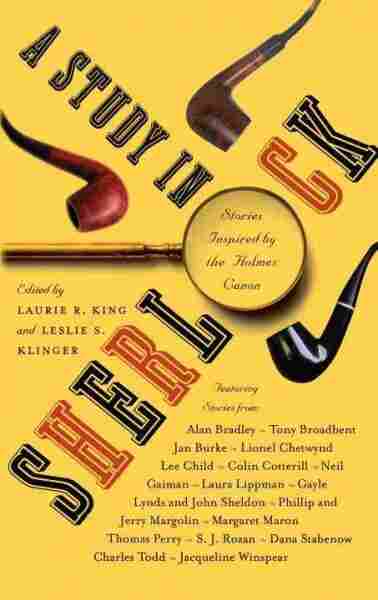 A Study in Sherlock

Stories Inspired by the Holmes Canon

King says the character of Sherlock Holmes is so malleable and adaptable because he bridges two eras.

"The tools that he used in the late 19th century were very modern. If you look at his forensic techniques, his investigative tools, they are things that are daily used by police departments around the world. In the Victorian era they were cutting age, now they are the basis of what we do."

Perhaps the most contemporary version of Sherlock Holmes can be seen in the BBC/PBS miniseries Sherlock. We meet a thoroughly wired Holmes, addicted to text messaging and taking advantage of all that 21st century technology has to offer. And as in the original stories, his friend Watson has just returned from a war — but this time, he's a shell-shocked veteran from Afghanistan.

But Holmes' appeal has nothing to do with the gadgets, special effects or even his toughness.

"He's outside society," Klinger says. "He is driven by a pursuit for justice, but it's his own brand of justice, and I think part of us yearns to be like that: strong, independent, above worries, above how we fit in with society."

King agrees. "He's a man who has given himself body and soul to the conquest of evil and that's something that speaks to us across the ages."

Whether leaping from buildings in a 21st century action film, reappearing in print in a brand-new mystery or inspiring a new generation of writers, Sherlock Holmes thrives, continuing to solve crimes and capture a new audience. The game is still afoot.