Accessibility links
Becoming 'The Iron Lady': From Meryl Streep To Margaret Thatcher In a new film, director Phyllida Lloyd and actress Meryl Streep dive into the life of Margaret Thatcher, the former British prime minister whose policies were so tough they earned her the moniker "Iron Lady." 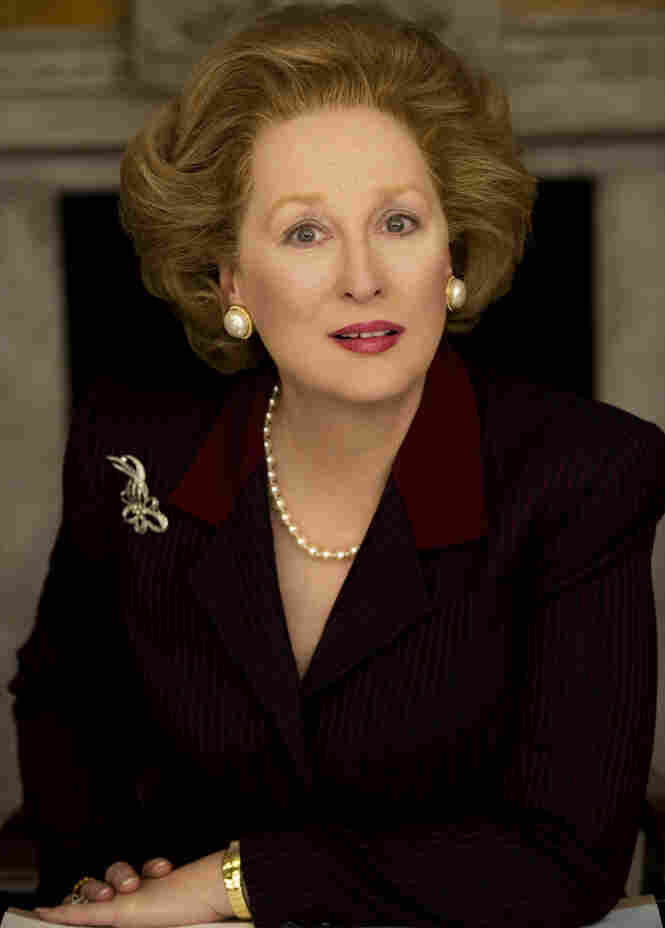 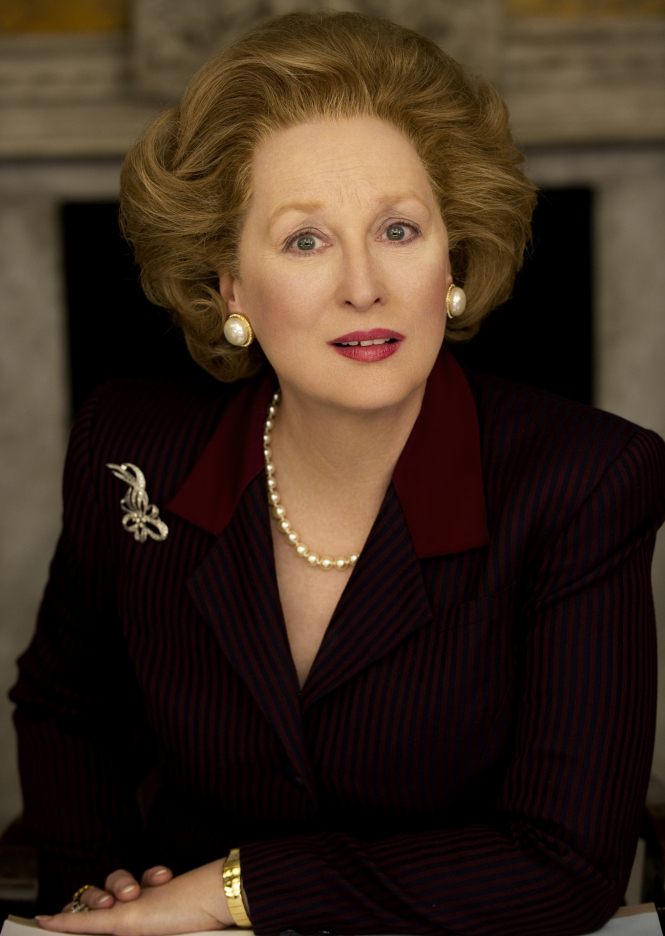 Margaret Thatcher's policies as British prime minister earned her the nickname "The Iron Lady," and now that's also the title of a new film about her life.

Thatcher was famously tough on British labor unions, IRA hunger strikers, the Soviet Union and the war with Argentina over the Falkland Islands. So in the film, when visiting U.S. Secretary of State Alexander Haig questions Thatcher's knowledge of war, the then-prime minister's response is predictably unyielding.

"With all due respect, sir, I have done battle every single day of my life and many men have underestimated me before," says Thatcher, played by Meryl Streep. "This lot seem bound to do the same, but they will rue the day."

The Iron Lady sets itself apart from many other biopics in that it tells the story of a woman who is still alive and still a divisive figure. Phyllida Lloyd, the film's director, tells NPR's Melissa Block that she was moved to tell Thatcher's story because of how larger-than-life the former prime minister is.

"It's a sort of mythic story of somebody who came from [a] very humble background to somebody who became a global superstar and then was brought down, as she saw it, by the treachery of her colleagues," Lloyd says. "It's a sort of ... Shakespearean tale."

'The Magnitude Of Margaret Thatcher'

Lloyd chose Meryl Streep to fill the role of her larger-than-life character in part because of what the actress and Thatcher had in common.

Watch A Clip From 'The Iron Lady':

"We wanted somebody of the magnitude of Margaret Thatcher," Lloyd says. "I think Meryl being the outsider [as an American playing a British role] was also something that really was immensely powerful when we were shooting the film."

"She had enormous reserves of stamina, will, determination. So how she said what she said was actually who she was," Streep says of the former prime minister. "There was a key in that."

Still, how she said what she said didn't exactly come naturally. Streep says first Thatcher worked on losing her Lincolnshire accent; then she had to lose the light, airy voice she had acquired at Oxford — a voice that tended to screech when raised. To accomplish all that, Thatcher started seeing a vocal coach. 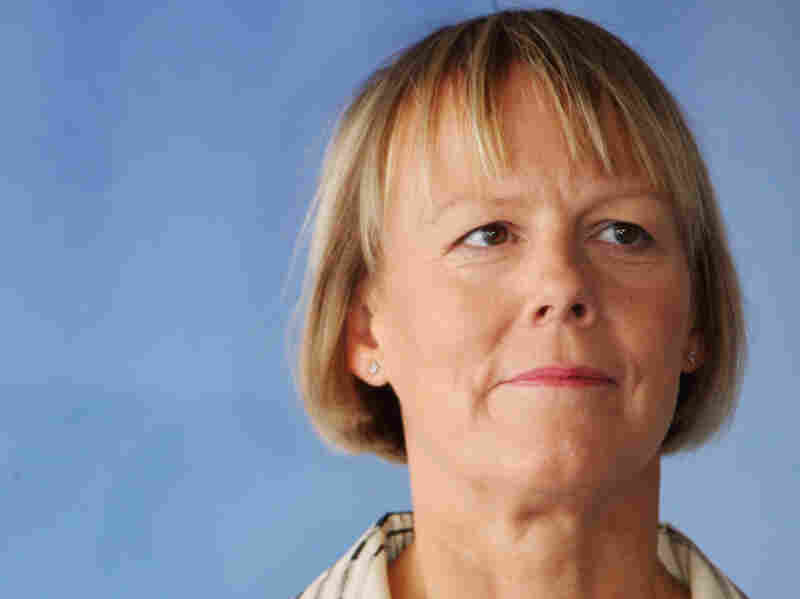 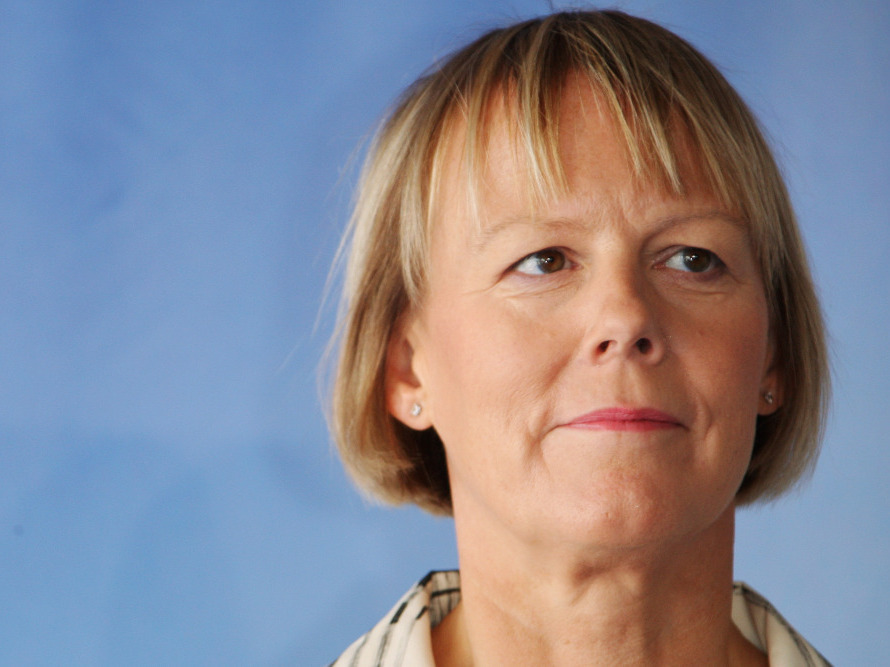 Lloyd says, "She is supposed to have followed the gentleman who taught her exercises so assiduously that she ended up being pitched halfway between a woman and a man."

'A Moment Of Belief'

Lloyd's film relives real moments of Thatcher's life — moments that have translated into memories for the English people who witnessed them. Once such moment is the first speech Thatcher delivered as prime minister on the steps of No. 10 Downing St.

Streep gives that same speech in the film and she says being able to convincingly deliver those words has everything to do with actually feeling like the character — or feeling like someone else.

"There is a point in the process where I don't distinguish between whether I'm doing her or I'm being me. I feel like me and I sound like her," she says. "That's something that if I'm lucky happens early on in the process."

Streep says that for this film, she experienced that moment during her first rehearsal with Jim Broadbent, who plays Margaret's husband, Denis Thatcher.

"I said something trying out my way of speaking and he laughed. But he didn't laugh like he was laughing at the way I said it, he laughed as if Margaret surprised him. And it was just a moment of belief where I knew he believed me and I knew he sort of loved her in spite of how preposterous she sounded," Streep says. "And that was everything."