Accessibility links
Maryland Deathfest 2011: Exhumed In Concert Exhumed gleefully puts the "death" in death metal, and Sonar was crammed during its show. 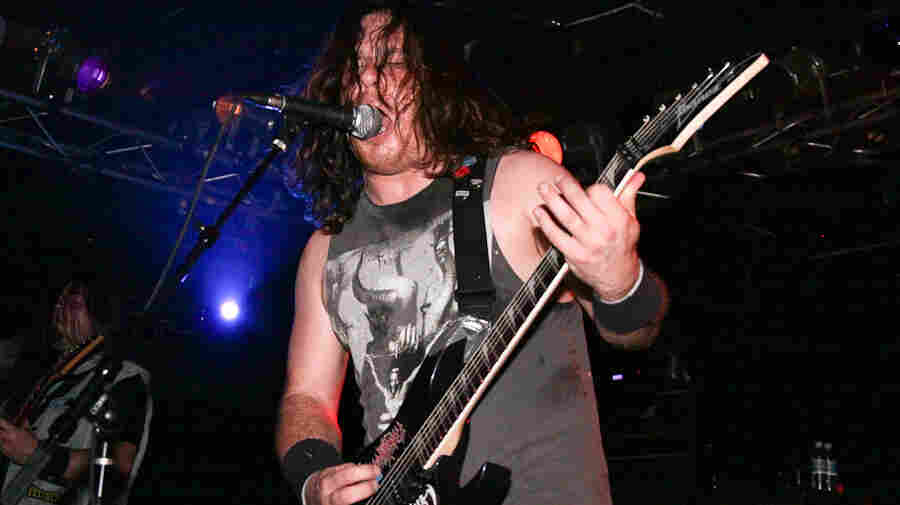 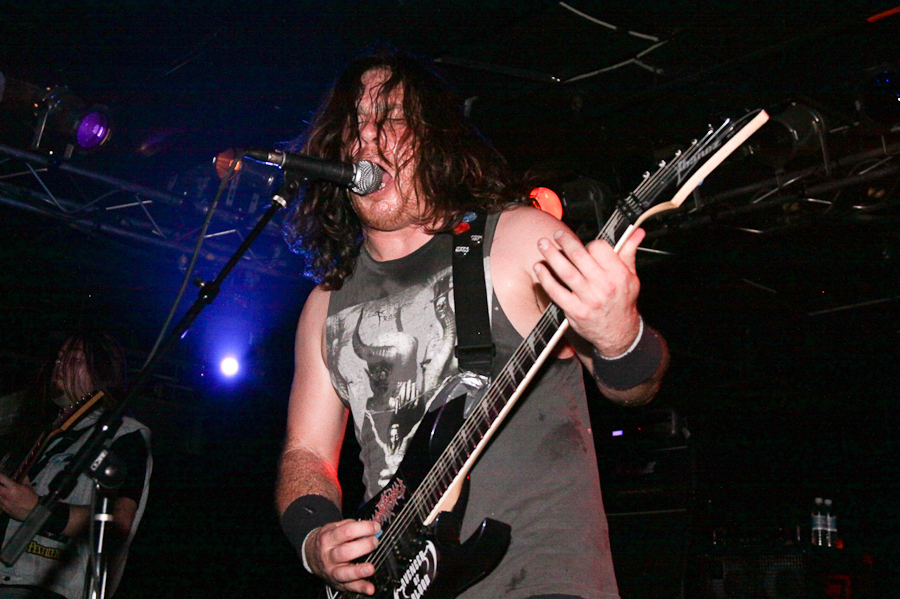 "All Guts, No Glory"

"As Hammer To Anvil"

"The Matter Of Splatter"

Exhumed gleefully puts the "death" in death metal, fixating upon all things necro — the gorier, the better. While the band's early material fits neatly within the confines of goregrind, over the years Exhumed's sound has putrefied into a more classic death-metal approach. Exhumed's filthy guitar sound hearkens straight back to Entombed's early albums, while vocalist Matt Harvey's pipes are more guttural roar than gurgle nowadays. Still, no Exhumed appearance is complete without plenty of vintage cuts, and the band was happy to oblige the Maryland Deathfest maniacs down front with material from back in the day. Exhumed's set was one of the hands-down highlights of the festival, and Sonar's main room was positively crammed during its performance.

The kings of gore have truly been reborn: After a five-year hiatus, Exhumed has been, well, exhumed. The group has been serving up heaping platters of splatter since 1990, and is still out for blood. Its discography features a laundry list of modern classics — Goregasm, Gore Metal, Slaughtercult, Anatomy Is Destiny — and the band has just blasted back from the past with a deliciously disgusting new album, All Guts, No Glory. Exhumed's seemingly endless affinity for split releases (the band has shared wax with Haemorrhage, Gadget, Ingrowing, Impaled, Cephalic Carnage and about a billion more) and love of cover songs (its cover of Madonna's "Material Girl" must be heard to be believed) kept fans satisfied between LPs. But the announcement that Exhumed was due to appear on MDF's hallowed stage couldn't have come soon enough.