Accessibility links
A Quest To Seek The Sublime In The Spiritual Study after study shows that religious people are more fulfilled. But why? Commentator Eric Weiner describes the journey he took to find the happiness in holiness. 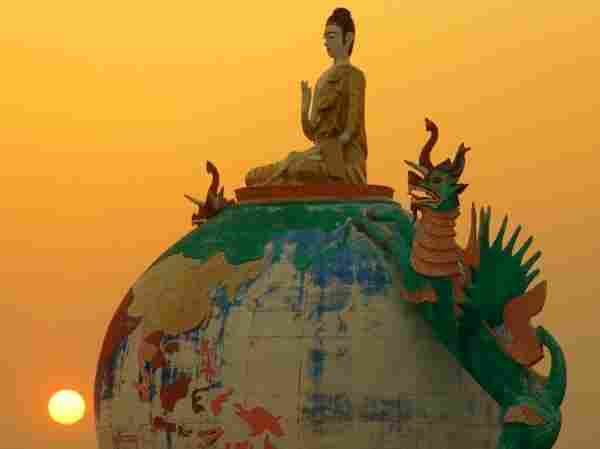 A globe Buddha is visible against the sunset in Myanmar, also known as Burma. iStockphoto.com hide caption 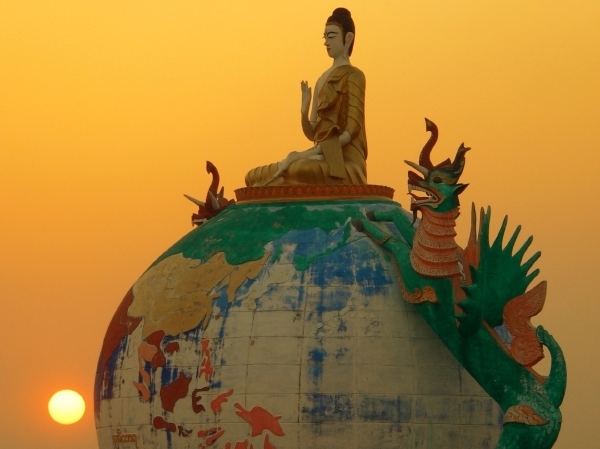 A globe Buddha is visible against the sunset in Myanmar, also known as Burma.

Eric Weiner's most recent book is Man Seeks God: My Flirtations with the Divine.

Surveys show religious people are happier than the secular. Why is this? Is it — as an atheist friend quipped — that "ignorance is bliss?" Not long ago, that's what I would have concluded. Like many people of my ilk — cerebral East Coaster, highly skeptical and, yes, latte drinking — I reflexively viewed the religious as less sophisticated. And, if I'm brutally honest here, somehow less intelligent, or at least more narrow-minded. I don't feel that way anymore.

I spent several years traveling the world, meeting deeply religious people from faiths as diverse as Buddhism and Catholicism, Taoism and Wicca. These people didn't check their brains at the temple door. They are intelligent, but theirs is an intelligence that extends beyond that of cold logic alone: an intuitive sense that I envy. And while it's true that some of those I met sought absolute certainty from their faith, the vast majority live comfortably with doubt and uncertainty. They fit squarely into a category that one psychologist calls the "Questers," those who see questions, not answers, as central to their religious experience.

Slowly, I've come to realize that I too am a Quester. To be clear: I consider myself a rationalist. I believe that reason, and its offshoot, science, are good. I also believe that there is more to the world than meets the eye, though I'd be hard-pressed to define what that "more" is. Am I an agnostic? Sort of, but I'm more active than that. We Questers do things. We meditate. We pray. And we do these things even though we don't fully believe in them. 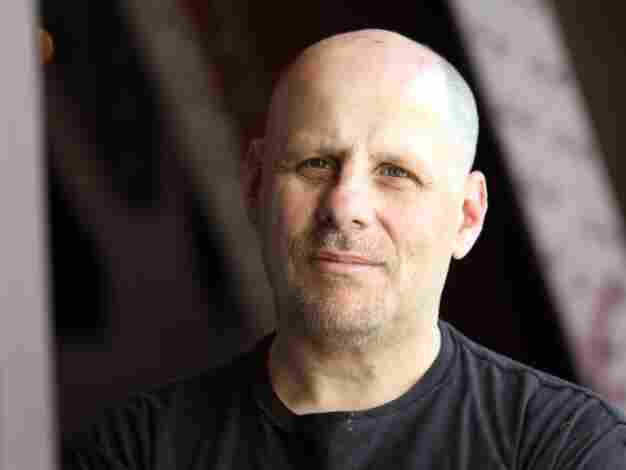 Eric Weiner is a former NPR correspondent and also the author of The Geography of Bliss: One Grump's Search for the Happiest Places in the World. Chuck Berman/Twelve Books hide caption 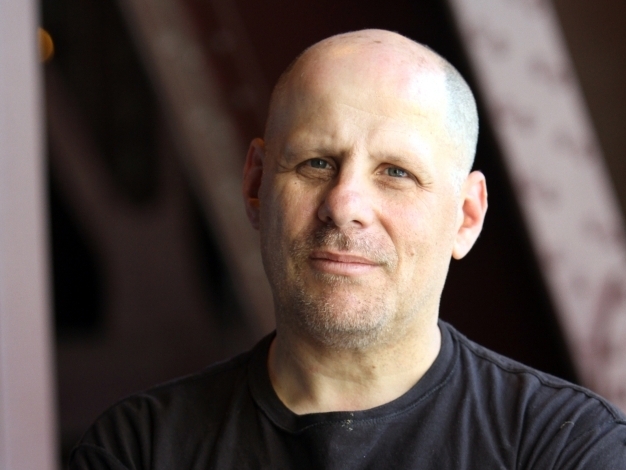 Eric Weiner is a former NPR correspondent and also the author of The Geography of Bliss: One Grump's Search for the Happiest Places in the World.

What do you believe? That's our default question when it comes to matters of faith. Frankly, and with all due respect, I don't care what you believe. What do you experience? What do you do? Those are the more important questions.

I met a Kabbalist in Israel named Avraham, and he explained it like this. For years, he read religious texts but always wondered: "How do they know that?" One day, he shifted the question to: "What do they mean by that?" A subtle shift, but a crucial one, he told me.

Avraham is happy — happier than just about anyone I've ever met. Non-believers might say his happiness is based on a lie. But who are we to say what is true? As William James, that great chronicler of religious experience, put it: "Truth is what works." On the face of it, that sounds absurd. But James is speaking of a different kind of truth. If spiritual practices work for us, if they make us better, happier people, than they are true.

The debate between faith and reason is a false one. Science and religion don't occupy the same turf. Saying, "Now that we have science, there is no reason for religion" is like saying, "Now that we have the microwave oven, we have no use for Shakespeare." We need both, of course. Only then can we lead fully rounded lives. And, yes, happier ones, too.