Accessibility links
Costa Rica's Peaceful Reputation At Risk From Cartels The same laid-back attitude and openness to outsiders that draws tourists to the peaceful country has also attracted Mexican cartels and their Colombia cocaine suppliers. Costa Rican President Laura Chinchilla says it tests Costa Rica's view of itself as a peaceful country in a violent region. 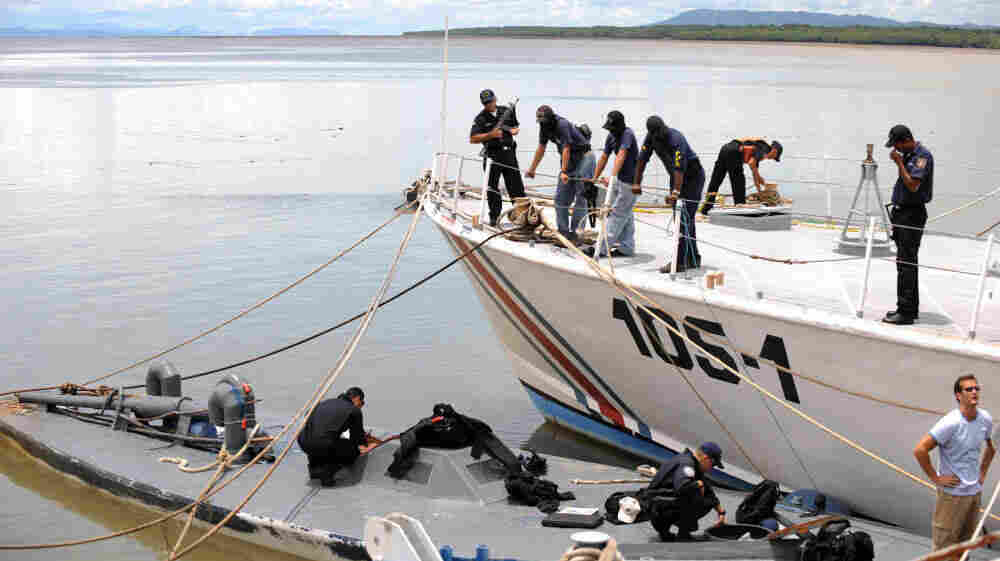 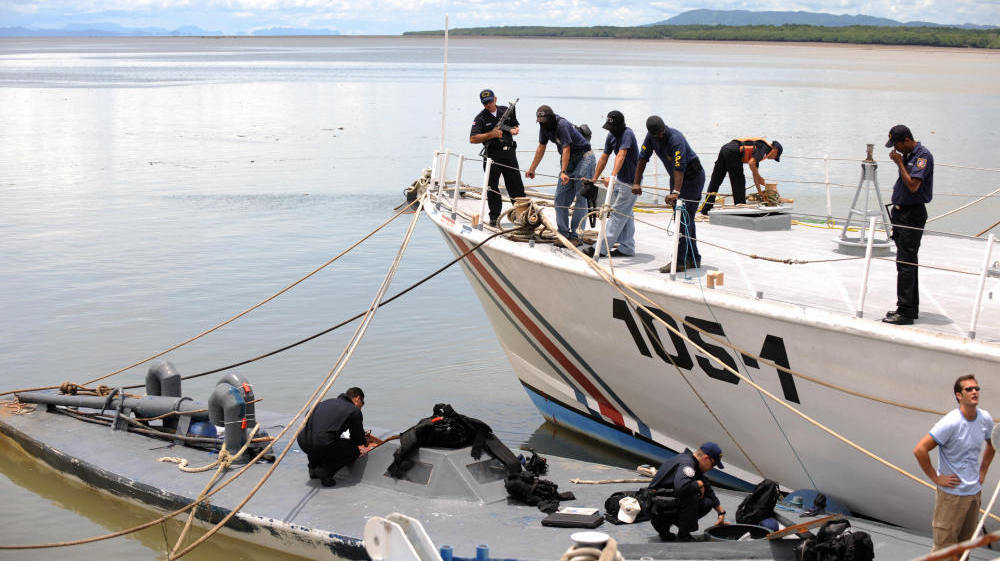 Costa Rica is Central America's most stable democracy, a peaceful country that abolished its army in 1948 and now draws nearly a million U.S. tourists a year to its national parks and beaches. But it's also right in the middle of the world's most lucrative cocaine trafficking corridor.

Jim Damalas runs a tourist resort that taps into the green reputation. One of 60,000 or so U.S. expatriates living in Costa Rica, Damalas left a career in the Los Angeles advertising business to build an award-winning hotel outside the tiny town of Quepos, with sweeping views of the Pacific and its own rainforest preserve.

The resort, called Si Como No, has every sort of green certification you can imagine, even tree bridges for the local monkeys to swing safely across the road. All of this — and Costa Rica's entire tourism-dependent economy — has been possible largely because of its reputation as a safe place that isn't like the rest of Central America.

But because there isn't a military and the police force has never had to be militarized, he says, "we are very vulnerable." 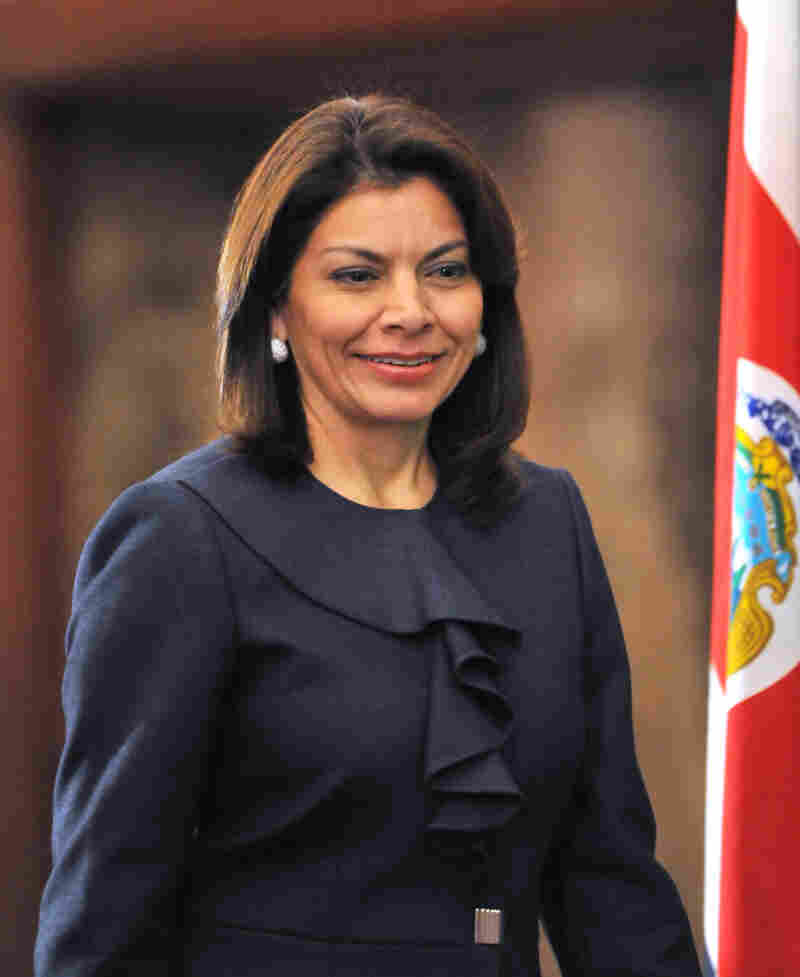 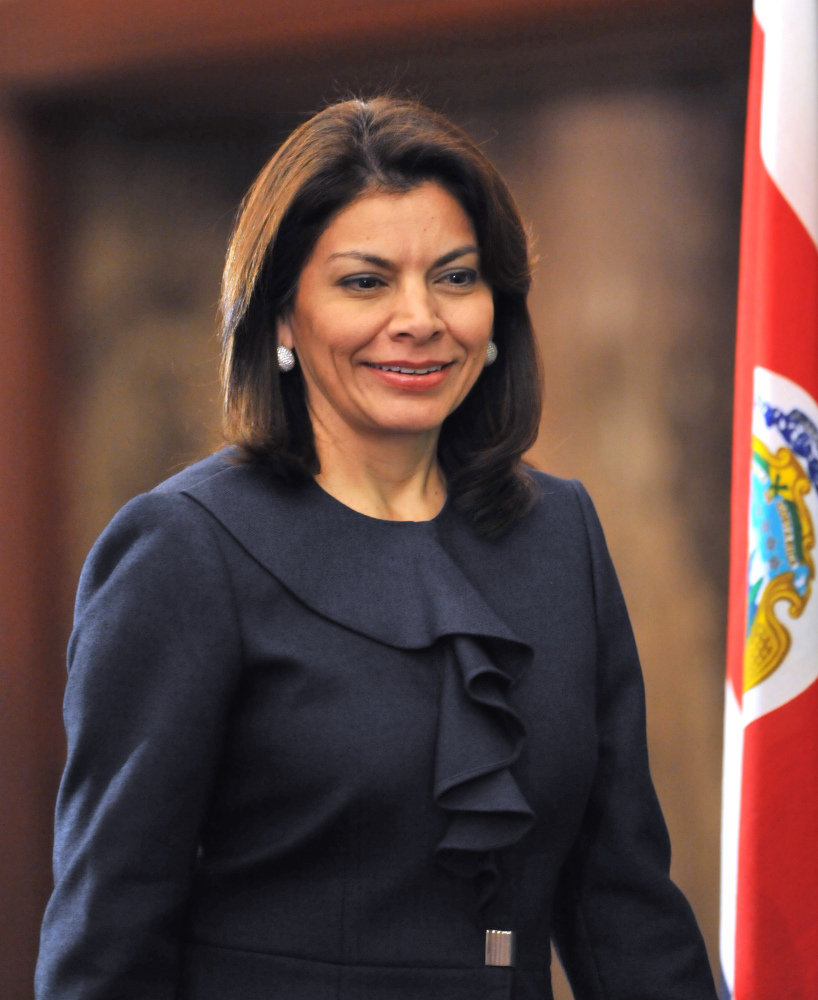 Costa Rican President Laura Chinchilla, seen in Tokyo in December, says drug cartels are a greater threat to Costa Rica than the region's conflicts during the Cold War.

Recent polls show that crime and security are the leading public concern now in this country of 4.6 million people. The same laid-back attitude and openness to outsiders that draws tourists has also attracted Mexican cartels and their Colombia cocaine suppliers, who warehouse drug loads here and move them up the coastlines or overland toward the U.S.

Local contacts are increasingly paid in raw product for their logistical help, so drug use has jumped, especially for crack cocaine, and Costa Rica's homicide rate has nearly doubled since 2004.

"I do not remember in our whole history a menace [like] this menace with organized crime," says Costa Rican President Laura Chinchilla.

Chinchilla says Costa Rica's view of itself as a peaceful, law-abiding country in a poor, violent region is now being put to the test by a threat far greater than even the conflicts of the Cold War era.

"During the '80s, you had forces fighting in the region, but they have a structure, they have an ideology, they were fighting for different ways of conducting the society — the problem was a political problem," Chinchilla says. "This has to do with the survival of the institutions. It doesn't matter if it is from the left or the right; it doesn't matter what kind of ideology your government has."

Authorities here say recent arrests of police officers on corruption charges show the institutions are standing up to the power of the cartels, but Chinchilla and others acknowledge that the fight is only beginning.

There is also a great deal at stake here for the United States as Washington's counter-drug role in the region expands. Costa Rica is still nowhere near as violent as Honduras or El Salvador, where the murder rate is more than six times higher, but there is a sense that the cartels' criminal expansion has to be checked somewhere.

Costa Rican Coast Guard Lt. Rodolfo Murillo unfurls a map of the country and its long, jagged Pacific Coast. The walls are still bare at the agency's brand-new Pacific headquarters at Puerto Caldera, built with $3 million in U.S. funding.

With the decline of local fisheries and new catch restrictions, Murillo says, the fisherman have turned to running million-dollar coke packages for the cartels. They pay well, he says, explaining how locals bring drug loads to shore or deliver gasoline out to sea for traffickers zooming north from Colombia in high-powered speedboats.

The new docks here creaking in the waves have two berths for U.S.-donated interceptor boats designed to chase down the smugglers. The Coast Guard hasn't had any on the Pacific until now.

But already officials say the smugglers are changing tactics to stay two steps ahead of authorities. They're hiding cocaine deep in the wells of fishing trawlers and building sophisticated semi-submersibles that cruise undetected far out at sea, well beyond the range of the new boats.

This story was supported by the Pulitzer Center on Crisis Reporting.