Accessibility links
Unusual Diego Rivera Work Restored in Mexico City Murals by Mexican artist Diego Rivera can be found all over the world, but some of his most unusual works are in Mexico City. There, a recently renovated fountain doubles as a municipal water pumping station, revealing Rivera's skills as both a sculptor and architect. 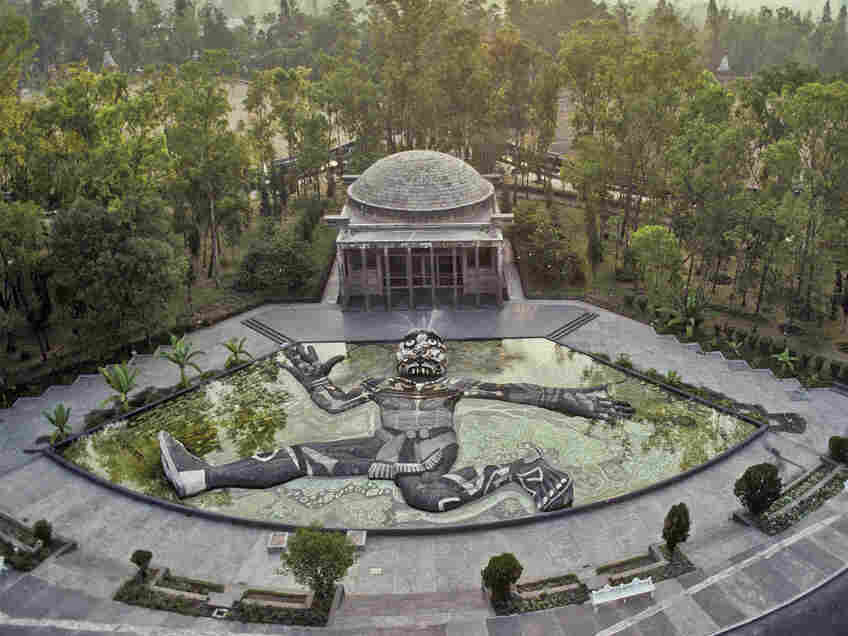 Diego Rivera's fountain of the Aztec rain god Tlaloc is a pumping station in Mexico City's municipal water system. It fell into disrepair for some time, but has recently been restored. David Hiser/National Geographic hide caption 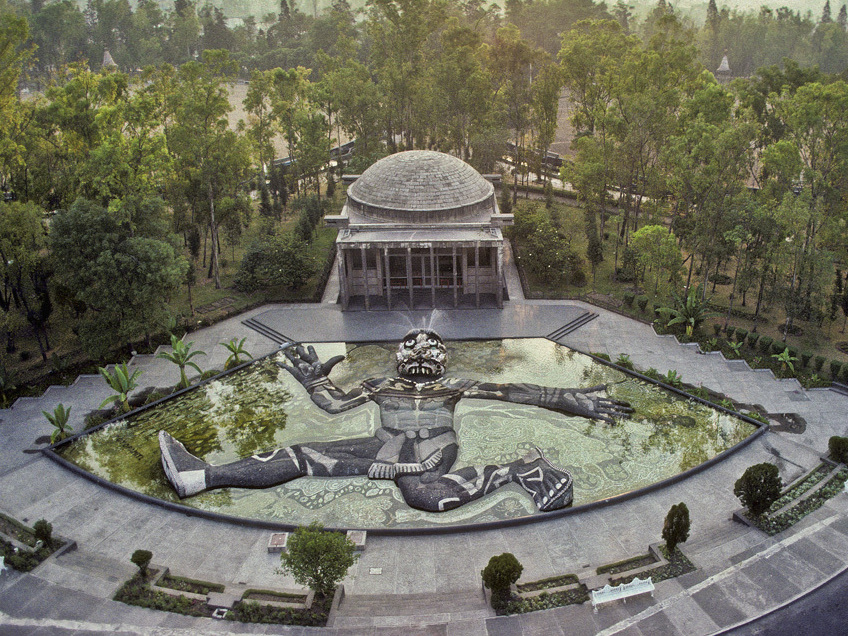 Diego Rivera's fountain of the Aztec rain god Tlaloc is a pumping station in Mexico City's municipal water system. It fell into disrepair for some time, but has recently been restored.

The Mexican muralist Diego Rivera painted in New York City, San Francisco, Detroit, Europe and the Soviet Union. But some of Rivera's most famous murals and most unusual projects are found in Mexico City.

In Mexico City, Rivera did far more than just paint. He collected pre-Hispanic pottery and indigenous folk art. And he experimented with sculpture and architecture.

And between 1950 and 1952, Rivera built a giant tiled fountain to the Aztec rain god Tlaloc as part of an overhaul of Mexico City's municipal water system.

"It's a very special fountain. It's one of the most important sculptures that Diego Rivera did in his life," says Lilia Haua of Probosque Chapultepec, an organization that helped raise money to restore this work by Rivera.

But the fountain and murals had fallen into disrepair and, until a year ago, were closed to the public for more than a decade.

"The fountain was completely destroyed, so we tried to make it as nice as we can ... always respecting the style and what Diego Rivera did," Haua says.

The fountain is basically a shallow pool more than a hundred feet long and a hundred feet wide. Originally, it served as the ceremonial entry point for water from the Lerma River into the city's main reservoirs. The main flow of water has now been diverted into a pipe, but in Rivera's sculpture, the rain god, Tlaloc, still lies on his back in the pool.

The Carcamo is a giant tank inside a rotunda that is part of the same complex. Until the 1990s, municipal water flowed into the tank, and from here technicians could control the levels in several large reservoirs.

Rivera painted the entire cement tank, including the floor, in elaborate, colorful scenes.

But the flow of water that covered much of the murals was destroying them, so now the water is no longer there; it's been diverted.

To replace the sound of the missing stream, there's now a new and unexpected element — a pipe organ. It rumbles and changes tone based on the flow of water through the adjacent municipal pipes.

Lilia Haua notes that Rivera viewed water as a social issue and an element essential to life.

More than a half-century after his death, Diego Rivera still has a strong presence throughout Mexico City.

His best-known works include murals at the National Palace and the Palace of Fine Arts. These include a re-creation of his controversial "Man at the Crossroads" at Rockefeller Center, which Nelson Rockefeller ordered destroyed in 1934 after Rivera slipped in a portrait of the Soviet leader Vladimir Lenin.

Then there's a huge mural made of tiny bits of tile that stretches across the front of the Insurgentes Theater. Another one of his sculptures covers the entire front of the soccer stadium at the National Autonomous University. 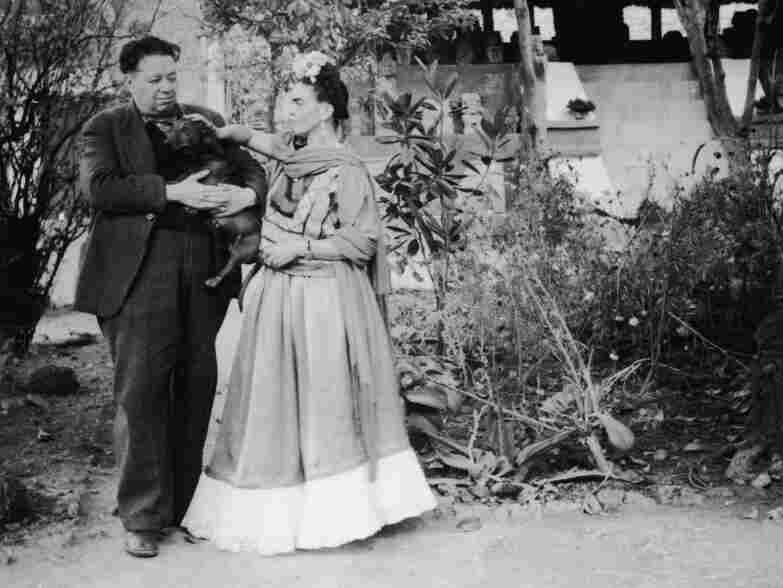 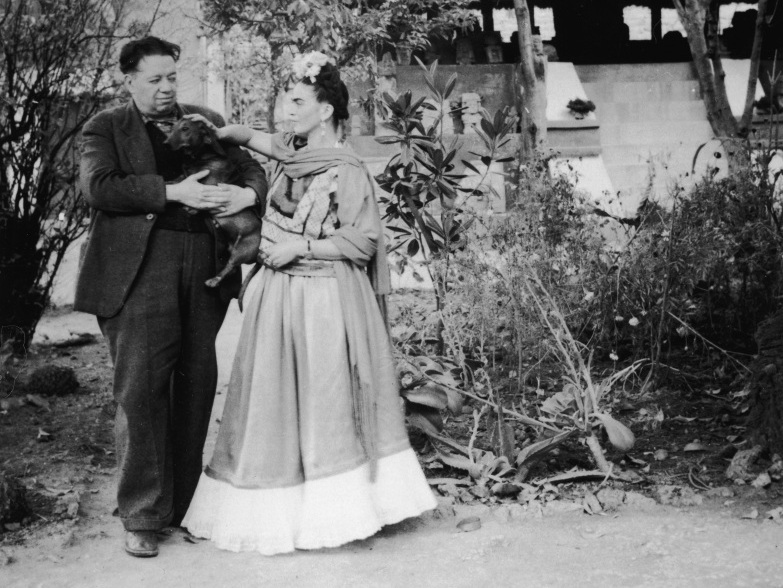 The Blue House of his wife Frida Kahlo is more famous and attracts far more visitors, but Rivera left behind two houses in the south of Mexico City. One is a stark modernist structure that was way ahead of its time in the 1920s. The other is a giant pyramid made of black volcanic rock. One critic referred to its style as Soviet/Aztec.

Rivera's iconic murals still grace the walls not only of museums but also of schools, hospitals and government buildings. His chubby face has even turned up on the new 500 peso Mexican bank note.

And now, with his project at the municipal pumping station restored, his work once again gazes over the water before it flows out into the Mexican capital.