Accessibility links
Tinsel Tales 2: NPR Christmas Stories In this hourlong special, wistfulness, joy, doubt, hope — all the emotions we feel at this time of year — are summoned up in memorable stories from the NPR broadcast archives. 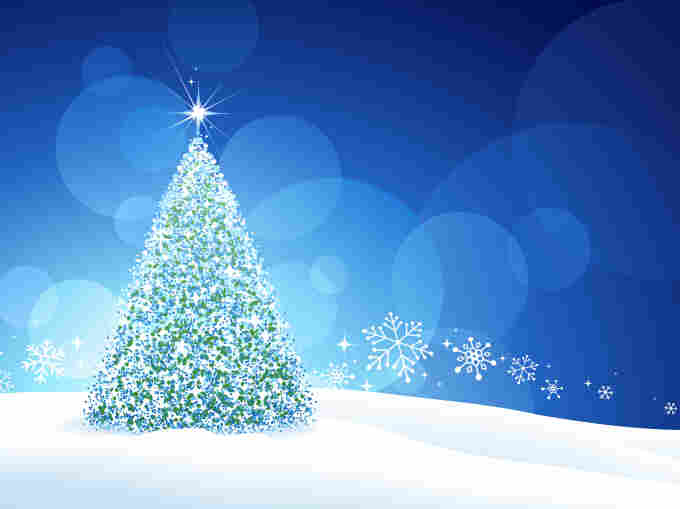 Christmas is a time of traditions, and over the years, NPR has created a few traditions of its own. In this hourlong special, wistfulness, joy, doubt, hope — all the emotions we feel at this time of year — are summoned up in memorable stories from the NPR broadcast archives.

NPR voices, past and present, tell stories of the season. Perhaps you remember these tales fondly. Or maybe you'll fall in love with them for the first time.

Duck's Breath Mystery Theatre presents a Christmas drama that Sam Spade would have loved. Santa grants one last Christmas wish, then closes the case on another year.

Forget the picturesque tree and perfectly arranged presents. Christmas means blending old customs with new traditions, even if the result is messier than a bag full of carrot jam.

A 'Silent Night' That Brought Healing
by Steve Banko

On Christmas Eve 1968, Steve Banko was lying in a military hospital after being wounded in a battle in Vietnam — and he wasn't sure that he wanted to live. But the sounds of Christmas carols floating over the hospital's PA system helped change his mind.

Listen To 'The Christmas Club'

The Christmas Club
by Bill Harley

Commentator Bill Harley was a great saver, but he had a lot to learn about spending. As a young boy, he discovered the true spirit of giving.

All I Wanted For Christmas
by NPR staffers

NPR's Jesse Baker speaks to a variety of NPR employees about their childhood holidays and the presents they most wanted.

Listen To 'Christmas Gift Records From The Ban-Smo Label'

Still shopping for the hard-to-please music lover? Here are some unique recommendations of fun tunes sure to awaken the holiday spirit. These hits are great to listen to while wrapping presents, hosting a holiday party or enjoying the fireplace with friends and family.

The poem "A Visit from St. Nicholas," which may or may not have been written by Clement Clarke Moore, was published in 1822 and set the modern image of Santa Claus. NPR's Claudio Sanchez presents a different version of the poem — one with a Latin accent.

The Designated Celebrator
by Melinda Shoaf

Historian Douglas Brinkley recounts the Christmas Truce of 1914, in which German and British troops in World War I spontaneously celebrated Christmas together on the front lines.

Weekend Edition's ambassador to the world of children's literature reads his Christmas tale about a family of wolves who peer out of their home in the woods to watch humans celebrate Christmas.