Accessibility links
Hugh Martin's 'Hidden Treasures' Explored Martin wrote "Have Yourself a Merry Little Christmas" for Meet Me in St. Louis, along with dozens of other songs for MGM and Broadway musicals. His career is celebrated on a new CD with essays. 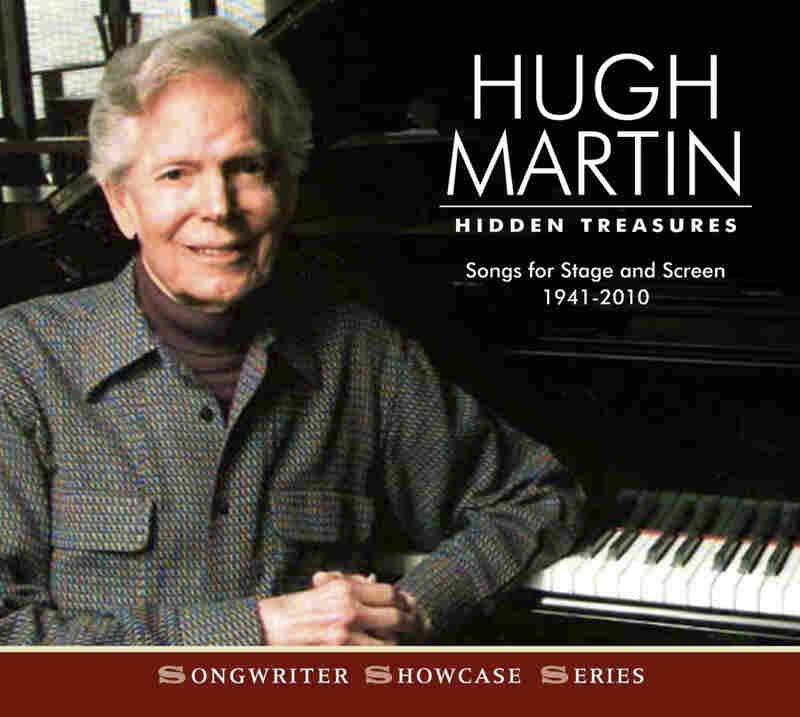 The late songwriter Hugh Martin wrote "Have Yourself a Merry Little Christmas" for Judy Garland's 1944 movie Meet Me in St. Louis, along with dozens of other songs for MGM and Broadway musicals.

A new CD chronicling his seven decades in musical theater was released earlier this month. Hugh Martin: Hidden Treasures features mostly demo recordings and rarities from Martin's vast catalog of tunes, from a 1941 selection from the musical comedy Best Foot Forward to a 1961 song written for the unfinished musical Here Comes the Dreamers, which was never produced after lead actress Jeanette MacDonald was diagnosed with cancer. The CD also comes with an 88-page booklet chronicling Martin's career, with essays by Stephen Sondheim, Sheldon Harnick and Michael Feinstein.

Martin was heavily involved in the creation of the CD in the months leading up to his death in March 2011. He worked closely with producers Bill Rudman and Ken Bloom, both of whom join Terry Gross on Fresh Air for a discussion of Martin's songs and his lengthy career in show business.

"This project was a kind of nirvana, because here was an important body of work just waiting to be discovered," Rudman says. "And we were able to explore it with Hugh looking over our shoulders and offering his own insights and his memories. It was a labor of love for us. We loved the man and we love his work."

Martin told Rudman and Bloom that he wrote his first song — "Every Time," for the 1941 musical Best Foot Forward — on spec for composer Richard Rodgers and theater producer George Abbott.

"Hugh had to present an audition," Rudman says. "He told us that he wrote this song on a clanging New York subway in rush hour, which is pretty amazing, because it's such a tender ballad. ... We think of it as a classic."

Martin often teamed with composer and songwriter Ralph Blane on his hits. The two, known as "Martin and Blane," were credited with songs from Meet Me in St. Louis, Good News and Best Foot Forward, among other productions. But after their initial success on Best Foot Forward, Bloom says many of the duo's songs were written entirely by Martin.

"After Best Foot Forward, Ralph kind of stood on the sidelines," Bloom says. "He submitted songs for Meet Me in St. Louis, but none of them were chosen. And from then on, he was like the public front of Martin and Blane. ... He was really gregarious. He really was the personality of Martin and Blane. Hugh was more in the background." 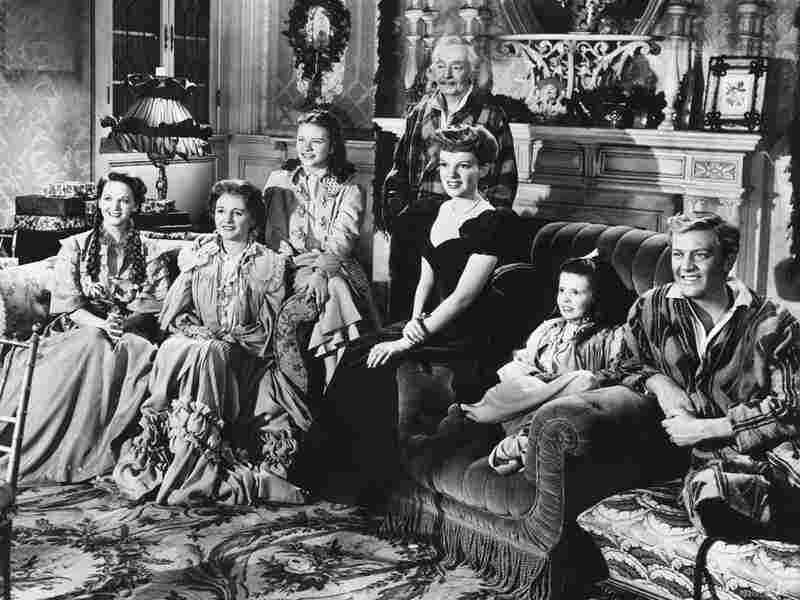 Judy Garland (center) starred in the 1944 movie musical Meet Me in St. Louis. She sings "Have Yourself a Merry Little Christmas" to her sister, played by Margaret O'Brien, who was upset that her father wants to move the family to New York City. The Kobal Collection hide caption 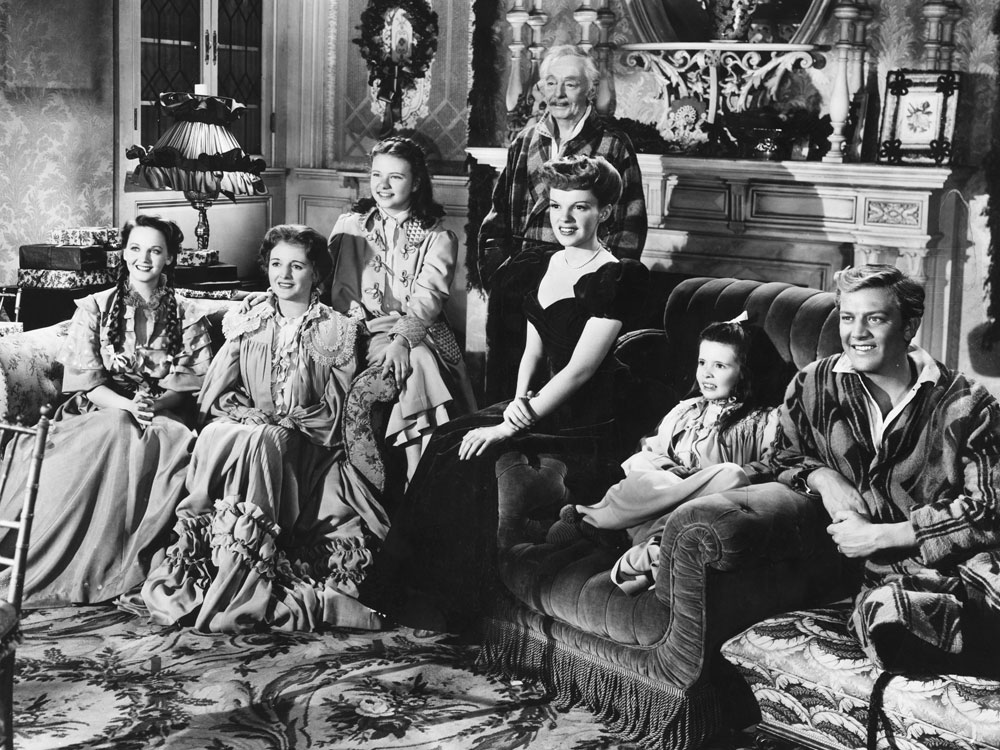 Judy Garland (center) starred in the 1944 movie musical Meet Me in St. Louis. She sings "Have Yourself a Merry Little Christmas" to her sister, played by Margaret O'Brien, who was upset that her father wants to move the family to New York City.

For decades, Martin honored an agreement with Blane to share songwriting credits on any songs written for projects the duo took on together. But when Blane started taking credit for songs Martin had written, Martin decided to speak up.

"Hugh got angry and he started fessing up," Rudman says. "Terry, he admitted to you as well that most of the stuff that we think of as 'Martin and Blane' are actually Hugh Martin's songs."

[That conversation, which took place during an interview in 2006, is available here.]

Bloom chimes in: "I always think of Hugh as a kind of steel magnolia. He was very soft. He didn't stand up for himself. But when he got angry, he was really strong."

Bloom says there's no doubt that Martin single-handedly wrote the songs he says he did.

"If you brought in a musicologist to compare the Hugh Martin songs with Ralph Blane songs, [they're] just very, very different kinds of writers," he says. "So I don't think there can be any question that Hugh wrote what Hugh told us he wrote."

Bill Rudman is the artistic director of The Musical Theater Project and the host of the public radio program Footlight Parade and the Sirius XM radio show On the Aisle. Rudman and Bloom, a New York-based theater historian, co-founded the music label Harbinger Records. Bloom is also the author of American Song: The Complete Musical Theater Companion.

When Hollywood Had A Song In Its Heart

On Martin's Singing And Piano Playing

"[He was] insecure about his singing for no reason at all. I guess he felt upstaged by Ralph Blane, who had this tremendous, powerful, Broadway kind of sound. But Hugh's vocals are amazing. After all, it was Hugh who formed the vocal quartet The Martins. And Hugh was one-fourth of that vocal quartet."

"Hugh Martin didn't really set out to write 'popular songs.' That's not really what was important to him."

"Richard Rodgers was his idol. He's the one who really discovered Martin and Blane. And I think Rodgers and Hart and Rodgers and Hammerstein, I think they only wrote one popular song each as a team. So Hugh, everything was show-driven to Hugh. He couldn't sit down and not know a situation or a character to write for. He never tried to break out and write popular songs, even though he could have."

"He said that he found songwriting very difficult. He was the first to admit that. So that was another reason that he wasn't as prolific as some of the other folks. And he said he didn't have the compulsion, as Richard Rodgers did, to write a new show every year. When he did commit to a show, he was a hyper-perfectionist. The work took him a long, long time."

"He was a lovely, lovely man. He was so fully dimensional and lived such a rich life, in the sense of experiencing life and wanting to capture that in his writing. He said to us that he really tried to write in such a way that everything that he had to say was being said in a new way. And he was talking not only about the lyrics, but about the music he wrote. That kind of originality — and that kind of commitment to really putting it out there — Ken has talked about his insecurities, [and] he wasn't afraid to put that into his writing."