Accessibility links
A Church, An Oratorio And An Enduring Tradition For more than two and a half centuries, J.S. Bach's Christmas Oratorio has been a seasonal staple for one of the world's oldest churches. 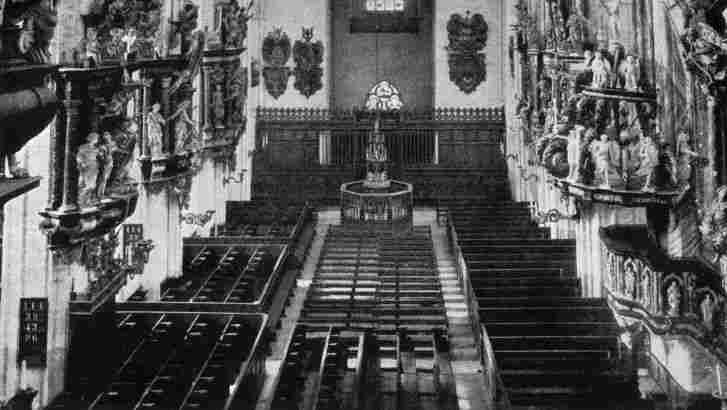 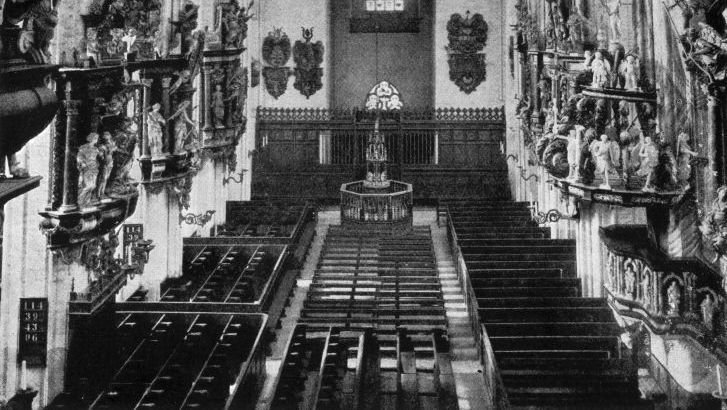 The interior of the renowned Marienkirche church, where Johann Sebastian Bach's Christmas Oratorio is traditionally performed.

St. Marienkirche, built around 1290, suffered damage — like most everything in this city — from allied air raids during World War II. But it survived. Today, the gothic church sits in stately, if jarring, contrast next to the giant, kitschy TV tower built by the East German regime on the concrete expanse of Alexanderplatz.

This time of year, to get into the church you have to push your way through the packed Christmas market just outside, with its Ferris wheel, mulled wine, holiday sweets and lively crowds. But when you step inside, the church for the annual performance of Bach's Weihnachts-Oratorium, you quickly forget about the bustle outside. A Berliner and longtime member of St. Mary's church choir, Christian Beier attempts to explain the mystique and tradition behind this piece of music.

"It was the first CD my father bought when in the '80s we bought a CD player," Beier says. "So this piece of music was the first CD we had in the family. Even if you play it every year, it is always an emotional moment staying up there singing Jauchzet, frohlocket. That is just more or less like doing the service itself; it is a service, basically.

"It makes Christmas Christmas," he adds with a chuckle.

But as gorgeous as the music is for Beier, the core of this yearly event is something deeper.

"It is getting into some dialogue with God. It is being moved by whatever is around us," he says. "That's the point, and it's about making music together. And I don't know many pieces of music that bring that out like this. Being part of it and enjoying the music and doing it with the others together, and just let the music flow through you and be a part of it and sing."