Toast Of The Nation Celebrates 2012

Toast Of The Nation Celebrates 2012

>> Listen To The Concerts At WBGO.org 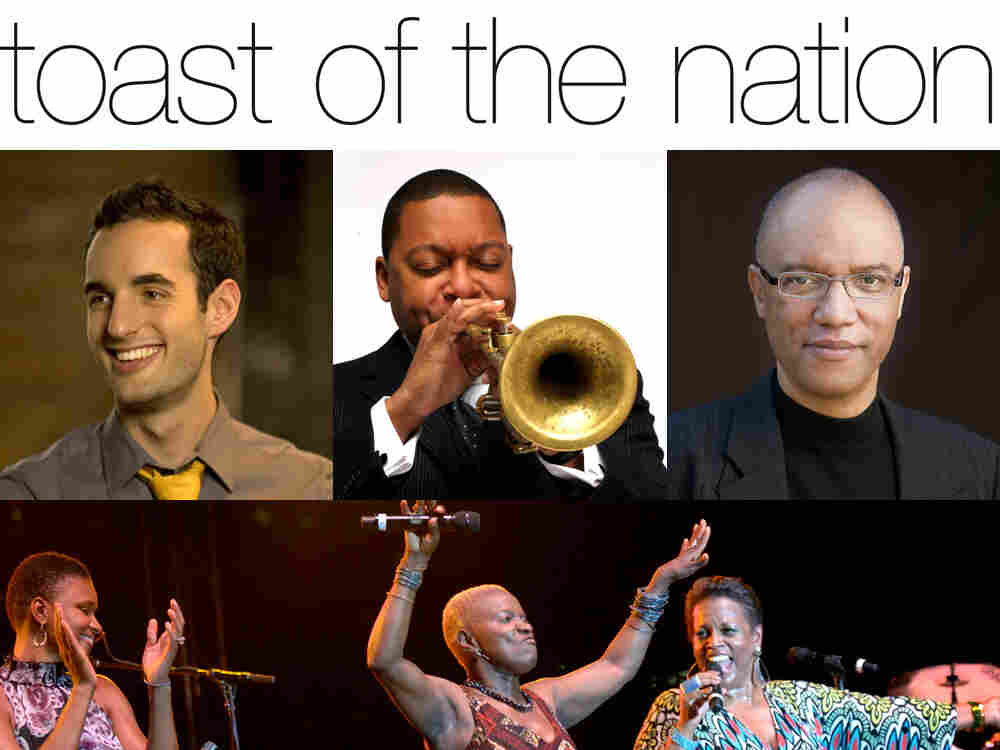 On New Year's Eve 2011-12, NPR Music, WGBH and WBGO once again presented Toast of the Nation, an all-night broadcast of live jazz from venues across the U.S.

The broadcast checked in with live music from Boston to Los Angeles, and celebrated midnight in four U.S. time zones. Many of the live performances were recorded and will be archived at NPR Music, via npr.org/toastofthenation. WBGO's Rhonda Hamilton anchored the broadcast, with additional voices along the way.

This was the schedule of performances:

The young virtuoso guitarist breaks from his core ensemble for a date with two of jazz's greatest sidemen, live from his alma mater: Berklee Performance Center at the Berklee College of Music. WGBH's Eric Jackson hosts.

The trumpeter leads a medium-sized ensemble in a celebration of the music of New Orleans pioneers Jelly Roll Morton and King Oliver. Live from Dizzy's Club Coca-Cola at Jazz at Lincoln Center.

The veteran bluesy pianist and his young group play at the Boppin' at the Vineyards celebration for KUVO Jazz 89.

The winner of three Grammy Awards and a Guggenheim Fellowship, just off a fall 2011 European tour with his jazz/chamber ensemble, the pianist rings in 2012 in Pacific Time with a group of friends: Bob Sheppard on saxophones, Tim Lefebvre on bass and Gary Novak on drums. Live from The Blue Whale.

The alto saxophonist, his quartet and a 10-piece wind ensemble interpret music from his Grammy-nominated album, Alma Adentro.