Accessibility links
Ron Paul Has Support In Iowa, But Old Issues Linger The Texas congressman's message appeals to more than just the typical Republican caucus-goer. His strong poll numbers may come at the right time for the Iowa caucuses, but he can't seem to shake concerns over a so-called "isolationist" foreign policy position and controversial newsletters that bore his name. 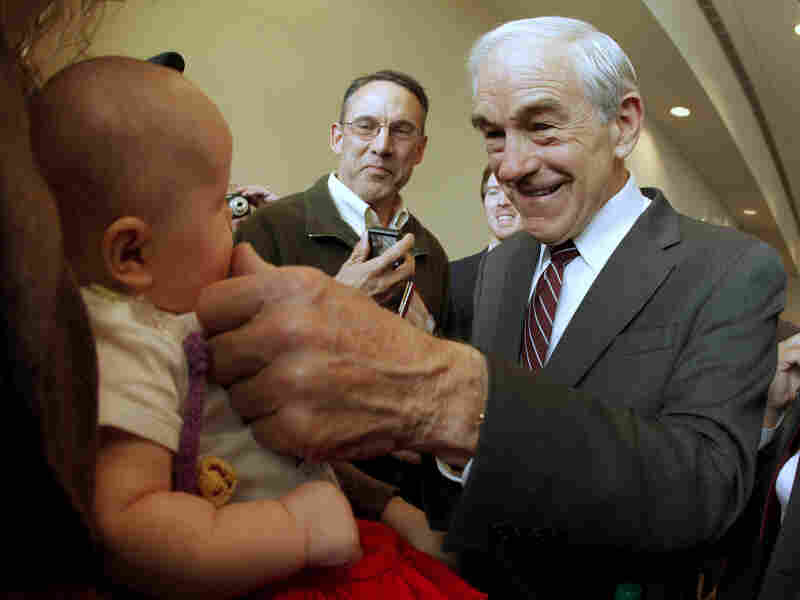 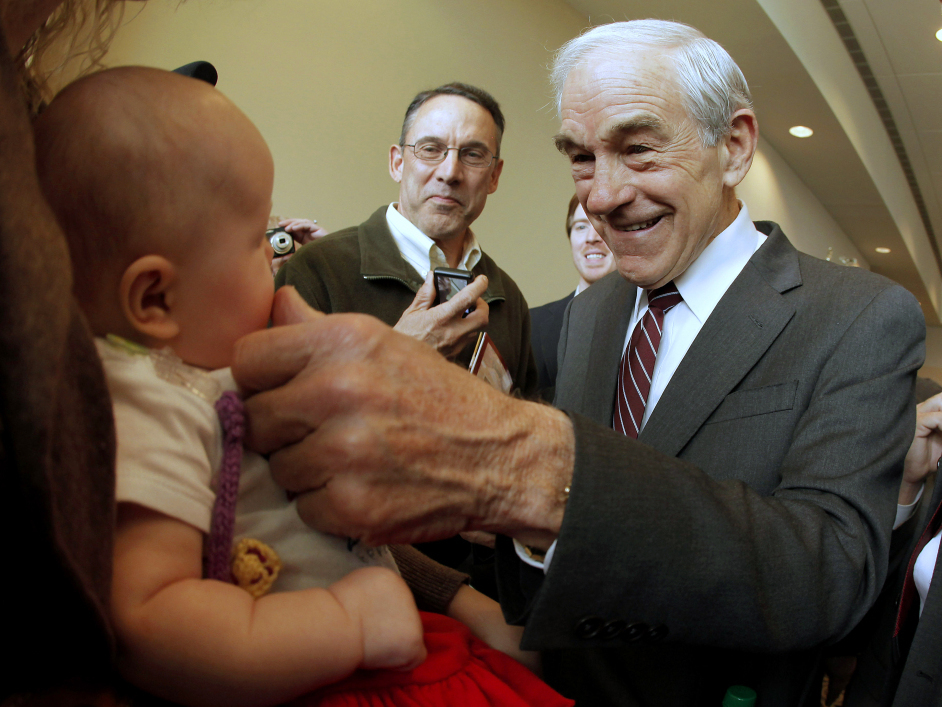 Texas Congressman Ron Paul is anything but an establishment GOP candidate. Yet, he is at the top of the polls in Iowa, largely because his message appeals to more than just the typical Republican caucus-goer. That was made clear when he met John McCarthy and Michelle Godez-Schilling, both of whom attended a campaign stop in Dubuque, Iowa.

"I would like to say I'm an independent, and for the first time in my life I'm affiliated with one of the two major parties because of you," McCarthy told Paul.

Godez-Schilling, a Democrat, was even gushier. "I am in love with you," she said.

Many of the Republican candidates for president have spent the past few days in the state, squeezing in some final campaign stops before Christmas. Paul returned to Iowa as the front-runner, leading some polls, and in a dead heat for the top spot with Newt Gingrich and Mitt Romney in others. Paul may be peaking at the right time, but some old issues are threatening his campaign.

Paul supporters have long complained that the national media have ignored him, and they are reveling in his front-runner status so close to the Iowa caucuses. Paul says he hasn't changed his message or his campaign.

Paul did stay on message in his latest Iowa tour. He touted his Libertarian-tinged platform and focused on a smaller federal government that is not involved in health care, education or housing.

Perhaps his most controversial stance among Republicans is on foreign policy. Paul advocates eliminating all U.S. aid to foreign countries and closing all international military bases. Dean Tillis is an undecided voter who attended Paul's event in Maquoketa. Tillis' son-in-law died in Iraq, and he says he doesn't know if he can support Paul in light of what he calls Paul's "isolationist" policies.

"Yeah, we may get involved more than we need to in certain areas of the world, but I think we have to [have] somewhat of a presence in certain areas because it's just necessary," Tillis says.

Paul is aware of the isolationist label, and on nearly every stop of this tour, he dedicated some of his stump speech to fighting that characterization.

"Isolationism is when you put up trade barriers and you put on sanctions. The people who make the charges toward me that I'm an isolationist are the ones who always want to put sanctions on countries and stir up trouble," he says. "And they're the ones who don't even want to open up conversations with Cuba. I think it's time we traded [with] and travel to Cuba. There's nothing wrong with that."

Another issue that has garnered negative attention this past week is the resurfacing of a series of newsletters that bore Paul's name in the '80s and '90s that were riddled with racist remarks. Paul has been dismissive of questions about the newsletters, including in an interview on CNN with Gloria Borger.

"I didn't write them. I didn't read them at the time, and I disavow them," he said. "That is the answer."

Borger then pushed further and called the newsletters "pretty incendiary."

At that point, Paul took off his microphone and walked out of the interview.

Almost none of the dozens of Paul supporters who spoke with NPR this week were aware of the newsletter controversy. Those who were are standing by their candidate.

Godez-Schilling — the Democrat who professed her love for Paul — says racial equality is an important issue to her, but she hears what she needs to when Paul talks about individual liberties for all.

"I think he is a supporter of all people's rights as individuals, be they whatever color, whatever sex, whatever persuasion," she says.

Jim Peterman of Maquoketa says he has supported Paul for more than a decade and won't likely be swayed by the newsletter issue.

"I'd say right now [I give him] the benefit of the doubt. I guess, as always in politics, if more came out than what I have seen so far, yeah, I could change my mind. It depends what it is, though," he says.

Paul and the other candidates are taking a break from campaigning over the Christmas weekend but will go full-throttle in the week leading up to the Jan. 3 caucuses.