Accessibility links
In Camden, S.C., A Family Talks Race And Politics Like other black Americans — considered the political base for President Obama — members of the close-knit Gaither-James family say racism is holding the nation back.

With the 2012 presidential election on the horizon, NPR's Debbie Elliott heads to Camden, S.C., to hear from the close-knit Gaither-James family. Like other African-Americans — considered the political base for President Obama — they're concerned about the economy and today's political climate. 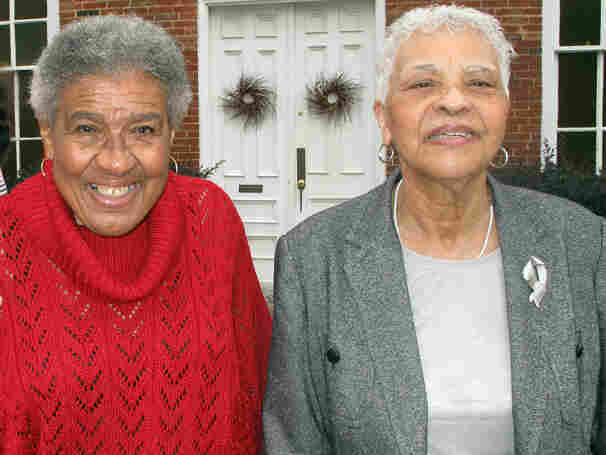 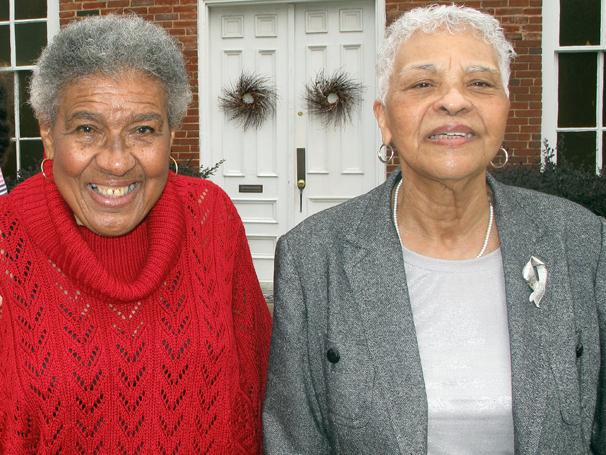 Members of Camden Second Presbyterian Church in Camden, S.C., recently gathered after Sunday service for a special meal. The parish house kitchen is a flurry of activity. Longtime church members and sisters Ernestyne James Adams and Althea James Truitt are putting the finishing touches on a platter of Truitt's famous ham.

Adams sneaks a taste. "Mmmmmmm, she can bake some ham," she says.

The sisters, in their late 70s, have deep roots at Second Presbyterian. Their grandfather was a founding member when the church was established in 1893. Their father, the town's blacksmith, was an elder. As a boy, he attended the church's school, back then the only option for black residents.

On this Sunday evening, several other members of the close-knit Gaither-James family meet the sisters at the parish house.

"It's a difficult forecast for any of us because of the state of the economy," says Dwight James, the sisters' second cousin. James is the state director of the NAACP. He and his wife, Debra, have 17-year-old twins who will soon be heading off to college in these uncertain times.

South Carolina has a 9.9 percent unemployment rate, down from 10.5 percent in October. James is hopeful that a good education will provide opportunities for his son, just like it's done for generations of the James family.

In a monthlong series, NPR's Debbie Elliott and Richard Gonzales hit the road to hear how Americans are dealing with the fragile economy. Explore the map below to hear the stories they've found.

Holding The Nation Back

Adams and Truitt both have Ph.D.s They had distinguished careers in the Northeast, then moved back home to Camden to retire. They say it's a different place than when they were growing up, but with some of the same issues — namely, lingering racism. It's the same thing, Truitt says, that's holding the nation back right now.

"How can we not carry on a conversation about the state of America without talking about racism?" Truitt asks.

William Gaither, another cousin, says many people believe it's time to move on from this kind of conversation. "But we can't move on, because there is no truth and no reconciliation," he says.

Gaither is recently retired from the South Carolina Department of Employment and Workforce. He doesn't agree with the theory that America moved into a post-racial era when Obama was elected.

"That's sort of like a cave for hiding," Adams says. She says denying racism keeps the country from reaching its full economic potential.

"You know, a lot of what we are experiencing will not go away until we admit the most outstanding and devastating problem in this country, and it is that people are treated differentially only because they are of a different color," she says.

Her cousin, educator Anne Gaither Cureton, says even Obama doesn't get the respect he should as president because of the color of his skin.

"From South Carolina, a representative to yell out in a should-be [place of] decorum, 'You lie!' to the president and not be chastised by that?" Gaither says.

Kershaw County, S.C., By The Numbers

She's referring to Republican Rep. Joe Wilson, who was rebuked by the U.S. House for the outburst during the president's speech to a joint session of Congress in 2009.

Cureton says some Republicans would rather see Obama fail than the nation prosper.

Dwight James thinks that reflects the near-toxic political climate today. "It's race and then it's power. It's control. They won't want to concede that to any other institution, person or party. [Cureton] tagged the Republicans, but there are also some Democrats that own some of this as well," James says.

The relatives here don't necessarily agree with some critics on the left who say Obama hasn't done enough to help the poor and disenfranchised. They say he's done a good job given the obstacles he inherited — the economy, wars abroad, the housing crisis, and now, an uncooperative Congress.

"He has had to go down that lonely road alone," Truitt says. "And I admire and respect the fact that it has not knocked the fight out of him, that he wants to run again. I think I would say, 'To hell with it, you can have it.' "

Truitt believes the country can recover, but with the unemployment rate among African-Americans disproportionally high, the family members here agree there are challenges ahead for the next generation.

Debra Grant James, the mother of the twin teenagers, says what's interesting is to look at the world through their eyes. "To them, capitalism trumps racism," she says. "They don't consider that, 'Because I'm a black male, I'm going to be limited.' "

But they have learned some lessons, she says, like the time one son had the highest average but was passed over for an academic honor that went instead to a white student. They later learned the parents of the winner had donated money to the school. "Instead of adopting the opinion that because he is black he was discriminated against, he saw it more [about] the money," their mother says.

Her husband, Dwight James, adds: "But it's both, because racism is embedded in capitalism." Controlling resources, James says, is how the notion of race got started in the first place, and is now why it's still alive today.