Accessibility links
A Homecoming For Rachel Griffiths On Broadway The Australian actress known in the U.S. for her role on HBO's Six Feet Under returns to her roots as a stage actress in Other Desert Cities. "Theater was where I began," she says. 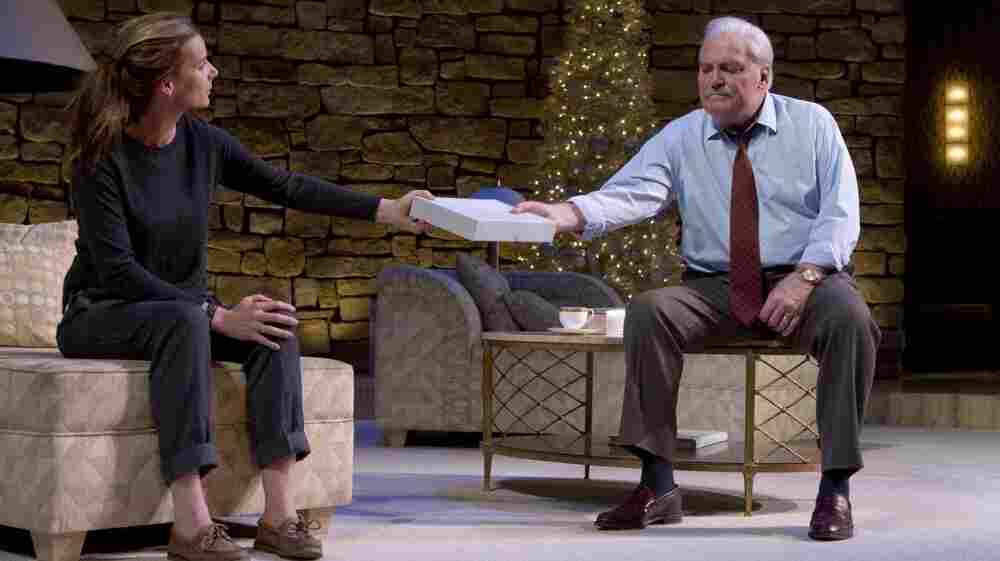 In the Broadway play Other Desert Cities, Brooke (played by Rachel Griffiths) forces her family to confront the truth behind her brother's suicide. Joan Marcus/Lincoln Center Publicity hide caption 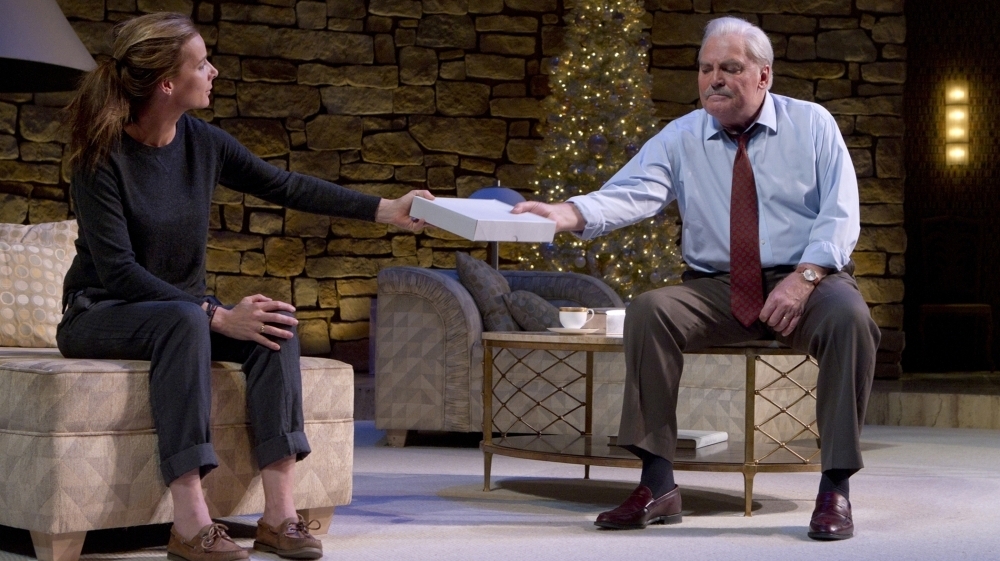 In the Broadway play Other Desert Cities, Brooke (played by Rachel Griffiths) forces her family to confront the truth behind her brother's suicide.

Australian actress Rachel Griffiths, best known in the U.S. for her work on HBO's Six Feet Under and ABC's Brothers and Sisters, has made an acclaimed Broadway debut in the new play Other Desert Cities.

Griffiths, who is well-known in Australia for her stage work, tells NPR's Scott Simon she would have been happy if all she had ever done was act onstage.

"Theater was where I began and what I really thought my career would be in Australia," she says. "That was my thing. ... The movies were an unexpected joy, and television even more unexpected."

In 1994, the Melbourne native was cast in the quirky independent Australian film Muriel's Wedding. The film's success led to more movie roles and eventually to TV roles in the dark family dramas Six Feet Under and Brothers and Sisters.

"I've been playing in families for 10 years, which is quite absurd, exploring the dichotomies and seething undercurrents in the American family," she says.

Even as Griffiths became something of a cult favorite for her American TV roles, nabbing a Golden Globe, she still commuted back to Australia during breaks, performing in plays as diverse as A Doll's House and Proof. Her appearance on Broadway — in a play that ironically explores the dichotomies and seething undercurrents of an American family — feels almost like coming home. 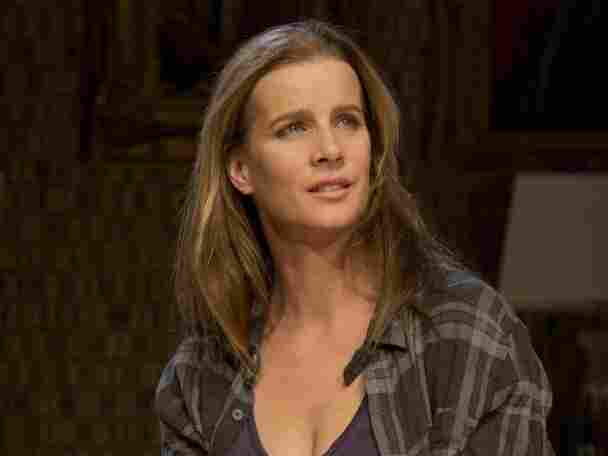 In her debut Broadway role, Griffiths plays an author who seeks balance after a nervous breakdown by writing a memoir that exposes some dark family secrets. Joan Marcus/Lincoln Center Publicity hide caption

"I had the great joy to practice being a stage actor outside the microscope of Broadway and not coming to Broadway until I was fully formed," she says.

In Other Desert Cities, Griffiths plays Brooke, an author who's working her way out of a nervous breakdown by writing a tell-all memoir about her family. Her parents are Hollywood Republicans, with some shocking family secrets.

New York Times critic Ben Brantley is a fan of both the play and Griffiths' performance.

"I was fascinated by the physical life she gave to someone who is recovering from a nervous breakdown, trying to keep in balance, always afraid of doing it, and the selfishness that inevitably goes into that kind of balancing act," Brantley says.

Playwright Jon Robin Baitz, who worked with Griffiths on Brothers and Sisters, wanted to look at a very public family in very private pain — in this case, the suicide of the eldest child, which the family never speaks about.

"It costs either way, if you tell the story or you don't," Baitz says. "I don't know why secrets and family go together like apples and cheese, but they really do."

It's Griffiths' character, Brooke, who provokes some explosive truth-telling on a highly volatile Christmas Eve in 2004, forcing the family to confront what happened to her brother Henry by bringing the manuscript of her memoir to the annual gathering.

"She sets out to make sense of these shadowy spots that don't add up ... and in that act, brings this family to face real truths," Griffiths says.

In many ways, she says, the character is unlikable.

"At one point, I remember texting Robbie and saying, 'Well, why do we like this girl? She's a terrorist in this family,' " Griffiths says. "I guess I had a little moment of, like, 'Oh, how do I make us care about her? She's about to do something so terrible!' ... [But] the core of it, I think, is this unresolved grief."

"Part of Rachel's beauty is in her profound sense of ambivalence," Baitz says. "And ambivalence is something I really write about. I'm really interested in the yes and no, you know, at the same time. She got that."

For her part, Griffiths appreciates a play that allows her to embrace that complexity.

"If I have to be put through an unhappy family, I want what they're saying to be fabulous," she says.

Griffiths will be performing on Broadway in Other Desert Cities through March 4.