Accessibility links
With New Strategy, Record Number Of Deportations In 2011 there was a big policy change by the Obama administration. The Immigration and Customs Enforcement began focusing on removing people in the U.S. illegally who were also criminals. 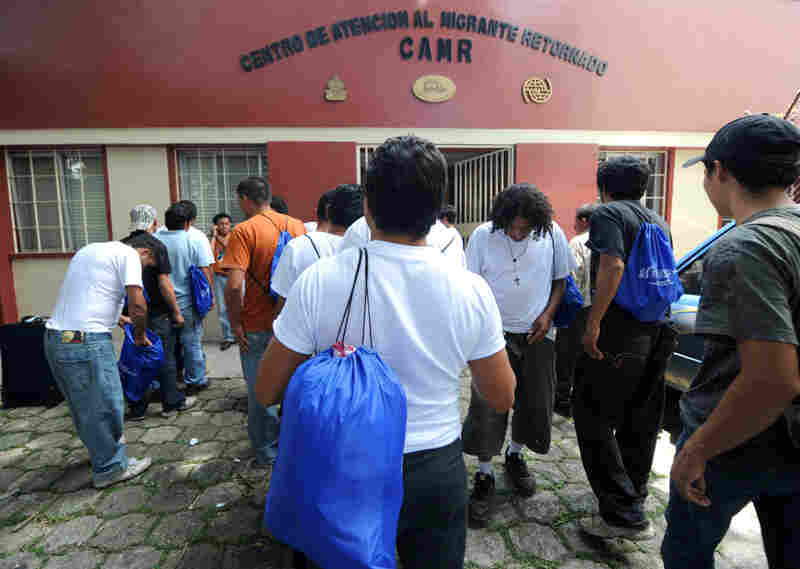 Honduran migrants deported from the United States wait to complete their paperwork as they return to their home country in August. Orlando Sierra/AFP/Getty Images hide caption 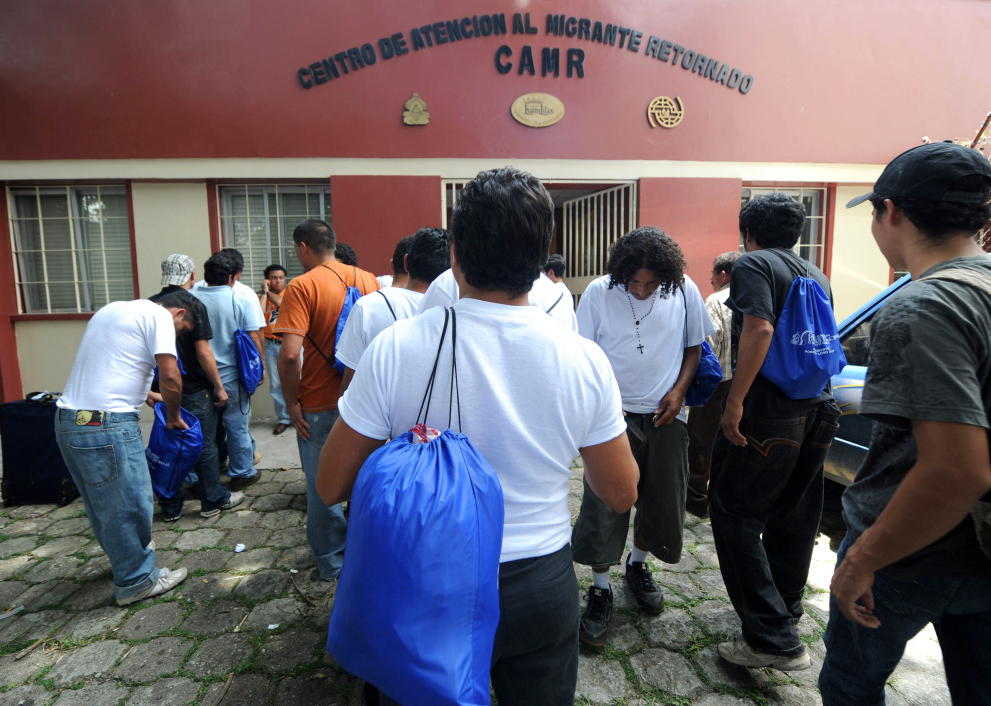 Honduran migrants deported from the United States wait to complete their paperwork as they return to their home country in August.

2011 was a record year for deportations. During the last federal fiscal year, 396,000 people were removed from the U.S., mostly sent to Latin America.

John Morton heads Immigration and Customs Enforcement (ICE), the agency that identifies people inside the country illegally and prosecutes them.

"We set out to have a year of smart immigration enforcement, and we did just that," he says.

That "smart immigration enforcement" is the biggest policy change all year. Instead of prosecuting everyone, the Obama administration ordered ICE prosecutors to concentrate on removing criminals.

"In a world of limited resources, we ought to be focusing our immigration officers and agents on people who are not only here unlawfully but committing crimes in the communities in which they live," Morton says.

ICE says that more than half the people deported this year were convicted of crimes. That number includes felonies and misdemeanors — everyone from murderers to people convicted of writing graffiti. Being in the country illegally is not a crime, it's a civil offense.

While the new policy emphasizes criminals, it says the lowest priority should be for veterans, those who have been here since childhood and people with family members who are citizens.

"It's just too hard to know whether or not I will be able to complete my master's degree or if I'm going to be deported before that," she said.

Salinas was brought here illegally when she was a child. She seemed a prime candidate for having her case closed, and in October, ICE dropped her case. Critics say that amounts to administrative amnesty.

Still, it's far more typical to have cases like that of Eloy Mata.

"What I got from ICE prosecutors in this case was simply a one-sentence response that said, 'We decline to exercise favorable discretion,' and that's all," his lawyer, Margo Cowan, said the day before his deportation hearing this past week.

Mata, 37, has no criminal record. He lives in Tucson, Ariz., and has three children who are U.S. citizens. He's been in the U.S. more than a decade and pays taxes from his work as a carpenter. So Cowan wonders why he's a priority.

"I think that there's resistance at ... the local level and perhaps even at the state level to implement the president's directive," she says.

Morton says it is a time of transformation.

"We are having a cultural shift in terms of our attitudes on enforcement," he says.

Morton denies there's resistance or inconsistency. However, he does say that the agency needs time to uniformly implement the guidelines he announced last June. After all, he says, ICE is reviewing 300,000 cases.

"We're talking about reviewing every single pending case in the immigration courts for prosecutorial discretion. This is a herculean task," he says.

So far, systematic case reviews are being done in two cities: Baltimore and Denver. Those pilot programs will finish in January. Then ICE will roll out its guidelines nationally.

Morton expects all immigration court cases to be reviewed by the middle of 2012. He also expects another 400,000 people will be deported next year and says an even larger percentage of them will have criminal records.