Accessibility links
Tom Waits: Paying Homage To Outcasts On 'Bad As Me' The darkness of Tom Waits' lyrics is accentuated by the rumble and rasp of his voice, which sounded old even when he was young. On Bad As Me, Waits reflects on loneliness, life, death and heartbreak. Here, he talks to Terry Gross about performing, being a father and writing his haunting melodies.

This week on Fresh Air, we're marking the year's end by revisiting some of the most memorable conversations we've had in 2011. This interview was originally broadcast on October 31, 2011. 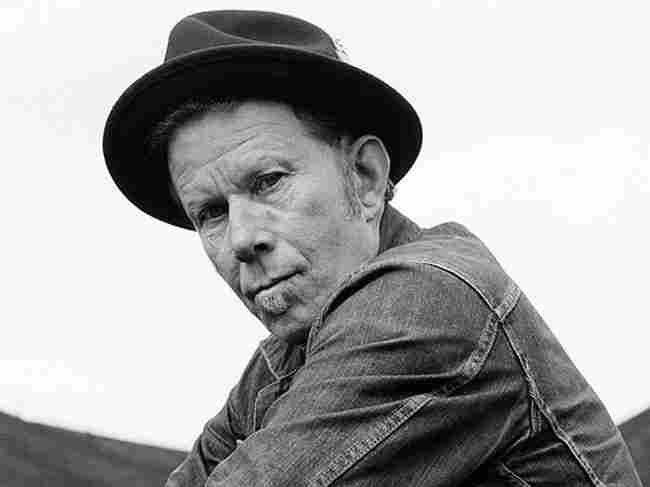 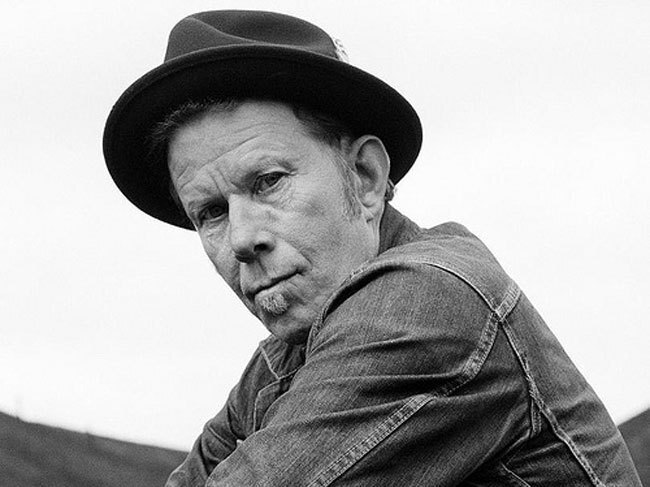 Tom Waits recorded his new album Bad As Me, his first collection of all-new studio recordings in eight years, in his studio, which he calls "Rabbit Foot" for good luck. The space, a converted schoolhouse, still has class pictures dotting the walls of each classroom.

"I never had my own place before," he tells Fresh Air's Terry Gross. "[In a studio], you know there was a band before you and you know you have to pack up at the end of your session because there was a band behind you. You have to photograph the board so no one changes your settings. Now, this is my own rig. It's my own trailer."

Bad As Me, Waits' 20th album, references the people he normally sings about: loners, losers, drunks and eccentrics. The "poet of outcasts," as The New York Times once called Waits, romanticizes loneliness, the city of Chicago, death and love, among other topics. The album also pays homage to some of Waits' favorite singers, including James Brown, Peggy Lee and Howlin' Wolf.

"I've always looked to [Wolf] for guidance, and probably always will," Waits says. "He does have a voice that is otherworldly. It should be in a time capsule somewhere. When you're a kid and you're trying to find your own voice, it's rather daunting to hear somebody like Howlin' Wolf, because you know that you'll never achieve that. That's the Empire State Building. You can scream into a pillow for a year and never get there."

One of the torch ballads on Bad As Me is called "Kiss Me," and has opening chords reminiscent of "Cry Me a River." The title, Waits says, was inspired by Kiss Me Like a Stranger, Gene Wilder's book about Gilda Radner.

To make the recording sound older, Waits added the sound of vinyl pops and clicks — using a piece of chicken barbecuing on a grill.

"It sounds exactly like vinyl if you hold the microphone up to your barbecue," he says. "It's the same sound, actually. ... I wanted to go back in time a little bit and give it a feeling like you're alone in a hotel with a record player."

For the words in "Kiss Me," Waits says he drew inspiration from songwriters like Peggy Lee, Julie London and Bessie Smith.

"For a songwriter, you don't really go to songwriting school; you learn by listening to tunes. And you try to understand them and take them apart and see what they're made of, and wonder if you can make one, too," he says. "And you just do it by picking up the needle and putting it back down and figuring it how these people did this magical thing. It's rather mystifying when you think about songs — where they come from and how they're born. Many times, it's very humble and very mundane, the origin of these songs."

Waits says he also grew up listening to James Brown and Ray Charles, whom he admired for his ability to sing in falsetto. Waits takes his own turn singing in falsetto in "Talking At the Same Time," which he says was inspired by Charles, as well as Marvin Gaye, Skip James, Prince and Smokey Robinson.

"Sometimes the magnetism of a song is impossible to ignore, and it demands that it be sung in a certain way," Waits says. "And that's really your job as an interpreter, to discover: 'What is the way in? Do I growl this? Do I eliminate all my growl and try to do it like a younger man? What does this song mean?' You're more like an actor."

But Waits says performing night after night on the road takes its toll on his voice.

"I bark my voice out through a closed throat, pretty much," he says. "It's more, perhaps, like a dog in some ways. It does have its limitations, but I'm learning different ways to keep it alive."

On Finishing An Album

"By the time you're done, you don't even want to hear it for a year. The songs have kind of grown up around you like vines, and you just want to distance yourself from it. And then when you hear it, it's like an old buddy. But I don't like listening to records a lot after they're done. There's just no real nourishment there for me."

On Working With Kathleen Brennan, His Wife And Longtime Collaborator

She's Amelia Earhart and Jane Goodall and Joan Jett all rolled into one. She's really great to work with and amazing.

"I'm the other half of what I consider to be a really great songwriting team, which means that we argue a lot about what a song can be, should be, and what it'll be if you do this to it. So we discuss all these facets. She's Amelia Earhart and Jane Goodall and Joan Jett all rolled into one. She's really great to work with and amazing. She doesn't like the light of the business we call 'show.' She stays hidden, and that's where she likes it. But she's an amazing collaborator, and I feel like sometimes I have a map in my pocket that folds up and I pull it out and it's bigger than the table, and there's 1,000 places to go with her."

"I guess I've always lived upside down when I want things I can't have. My wife actually thinks I have a syndrome called Reality Distortion Field. It's kind of like drugs, only you can't come back from it. Reality Distortion is almost a permanent condition. Things come in and they go out: Presto, chango! To a certain extent, I did that with myself. As a kid, I did want to be an old-timer, since they were the ones with the big stories and the cool clothes. I wanted to go there. Now, I guess I want to bring that with me and go back in time."

On Collaborating With Keith Richards

"There's nobody in the world like him. We wrote songs together for a while and that was fun. I had never really written with anybody besides my wife, so it was unique and a little scary at first. He doesn't really remember anything or write anything down. So you play for an hour and he would yell across the room, 'Scribe!' And I looked around. 'Scribe? Who's the scribe?' And he'd say it again, now pointing at me. I was supposed to have written down everything we said and dreamt of and played. And I realized we needed an adult in the room. I've never been the one that one would consider the adult. It was an interesting dynamic."

On Being A Father