Accessibility links
Dusting Off A Gritty, Glamorous California Classic As it turns out, Raymond Chandler isn't the only writer who can channel the dark charisma of deceptively sunny California. Author Hector Tobar recommends John Fante's Ask the Dust, a novel that captures the grit and glamor of Los Angeles' past. 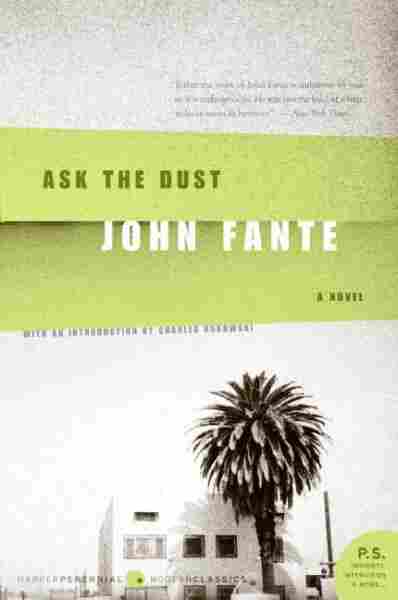 Hector Tobar is a novelist and Pulitzer Prize-winning journalist.

People think of Los Angeles as a city without a past. But as a native Angeleno, I stumble upon the relics of its history all the time: the rails of our long-ago vanished street cars embedded in the asphalt, for example, and the mostly vacant towers of stone in our Old Banking District.

There are many novels that can give their readers a sense of what it was like to live in that old L.A., a city of men in fedoras and women in broad-shouldered dresses. But it's John Fante, largely forgotten outside Los Angeles, who best brings the passion, the possibility and the hurt of that glamorous city to life, specifically with his 1939 novel Ask the Dust.

Ask the Dust is the story of Fante's alter ego, Arturo Bandini. Like Fante himself, Bandini has come to L.A. from Colorado during the Great Depression. His dream is to be a great writer. But his so-far miniscule royalty checks allow him nothing better than a room in Bunker Hill, a neighborhood of worn-out apartments and sagging Victorian mansions overlooking downtown.

I love Fante for the intimacy with which he portrays the working people of his day. Los Angeles was the newest big metropolis in the U.S. back then, a magnet for people in search of work and reinvention. Fante populates Ask the Dust with people who've come from the colder corners of the U.S.: the bright daylight that makes the California palm trees grow tall unsettles them. Many are drifting, lost Midwesterners searching for wealth and happiness, and they've arrived in L.A., as Fante writes, with the "dust of Chicago and Cincinnati and Cleveland on their shoes, doomed to die in the sun."

As Bandini toils away in his hotel room, writing short stories, he daydreams about Camilla Lopez, a Mexican-American waitress at his local bar. She soon becomes the mysterious, tragic presence at the center of Ask the Dust. 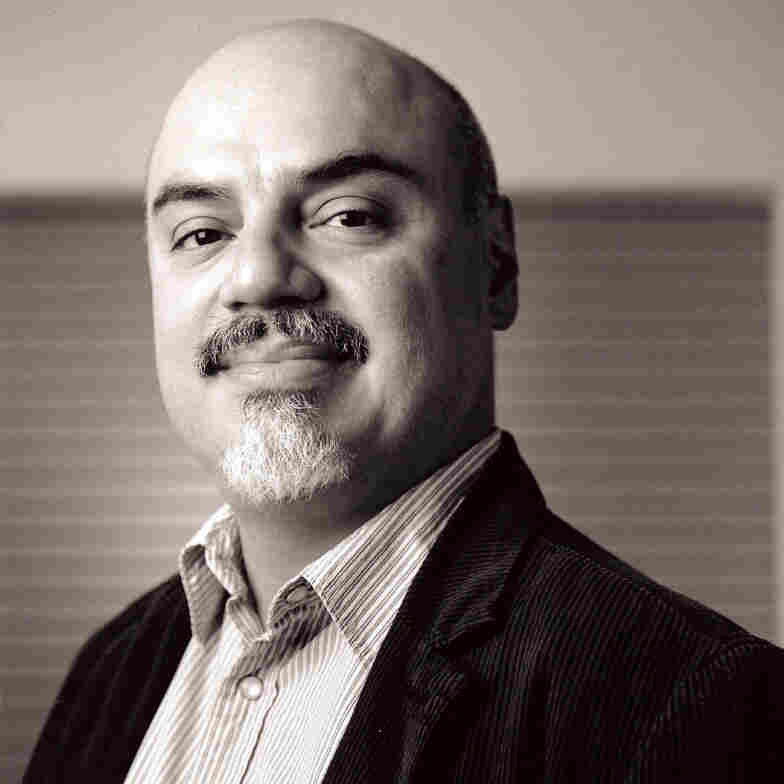 Hector Tobar is the author of, most recently, The Barbarian Nurseries. The son of Guatemalan immigrants, he is a native of Los Angeles. Doug Knutson hide caption

Their romance is angry and conflicted. They fight on the beach and on Wilshire Boulevard, where Lopez teases Bandini and scandalizes passersby with a flash of her bare legs. When Bandini taunts her with ethnic slurs, she shoots back that she's just as American as he is. She's the kind of fiercely independent, head-strong Mexican-American woman who must have filled L.A. back then — they're the grandmothers of the Latina women I know fill it today. Fante, however, is one of the few writers of his era to capture such a character on the page.

Bandini's obsession with Camilla Lopez carries him across the L.A. landscape, and as I read their love story I see a city that's familiar to me. It's a place where people are slowly realizing that "paradise" can be a very unhappy destination indeed. It's a multi-ethnic city, too, with Filipinos and Japanese kids playing football, and Jewish refugees, and scenes inside L.A.'s "black belt." It's an L.A. that's glitzy and polished and sexy, but also desolate and lonely.

Today, more than 70 years later, Fante's old Bunker Hill neighborhood is gone, replaced by the gleaming towers of L.A.'s Financial District. But now, as then, Americans are on the move again, uprooted by hard times. They're seeking better lives in other booming Sunbelt cities: not L.A., but instead Phoenix, Austin and Orlando.

It's an old American story: We seek, we suffer, we carry our ambitions and our obsessions to new places. And it's a story told with great verve and heart in John Fante's unforgettable novel Ask the Dust.