Accessibility links
Coming Out, Coming Of Age As A Teen 'Pariah' A black 17-year-old struggles with how to be in the world in a new film directed by Dee Rees. Pariah charmed audiences at the Sundance Film Festival in January — and Rees and producer Nekisa Cooper say the film has been cathartic for their own families as well. 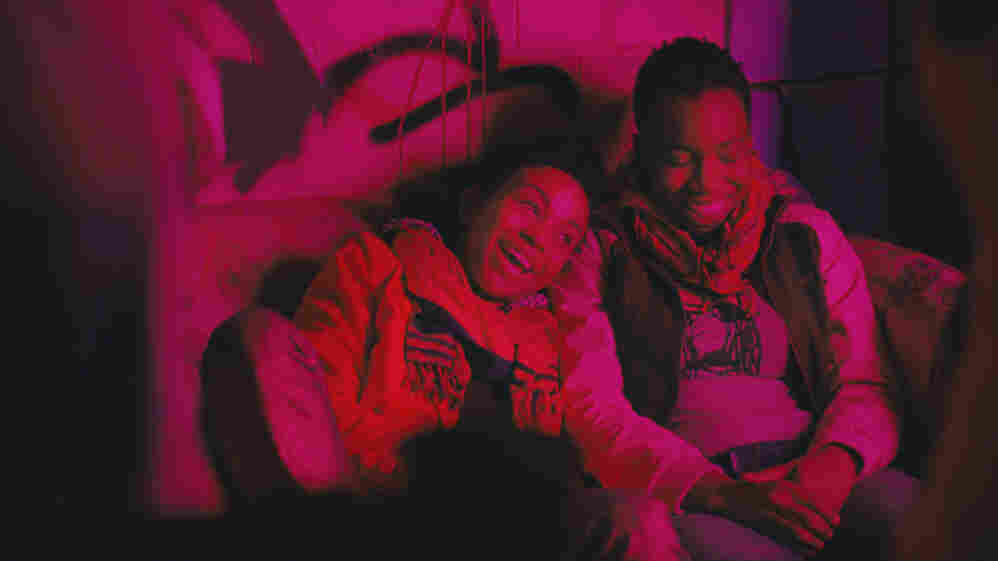 Seventeen-year-old Alike (Adepero Oduye, right) finds a friend in Bina (Aasha Davis) in Pariah. Director Dee Rees says, "Alike, the main character, knows she loves women — that's not her struggle. Her struggle's more how to be in the world." Focus Features hide caption

When the new film Pariah opens nationally, it's safe to say it will not be competing with any other movies about a black teenager coming of age as a lesbian in Brooklyn.

"It's not so much coming out, but coming into," clarifies director Dee Rees. "Alike, the main character, knows she loves women. That's not her struggle. Her struggle's more how to be in the world."

Right at the beginning of the film, Alike visits a bustling lesbian nightclub for the first time. She's both transfixed and horrified by the gleaming, leave-nothing-to-the-imagination pole dancers. 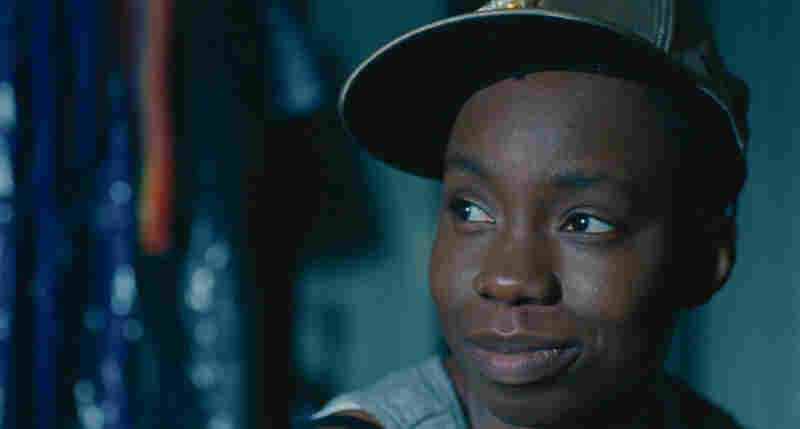 Adepero Oduye planned to be a doctor, but after her father died suddenly, she decided to change course and pursue an acting career. Focus Features hide caption 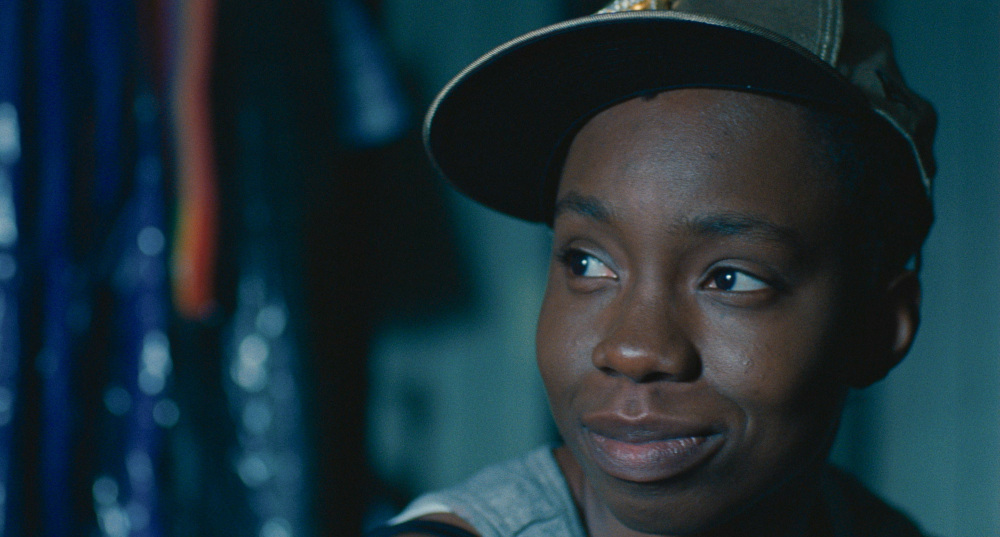 Adepero Oduye planned to be a doctor, but after her father died suddenly, she decided to change course and pursue an acting career.

"It was important for the opening to be very provocative," Rees says. "And so like Alike, we're patted down, stamped and shoved into the world without explanation."

Pariah's entrance into the world was assisted partly by the Sundance Institute, which helped develop the film from a short into Rees' first dramatic feature. Earlier this year, the film was given the honor of opening the Sundance Film Festival.

"Everyone that's up on the mountain that day, you sort of force them to see these films," says festival director Trevor Groth, who acknowledges that the film's subject matter is not exactly mainstream. But he said it enjoyed "a huge audience reaction," and Focus Features reportedly outbid competing offers to acquire Pariah for around $800,000.

Hear An Interview With Rees And Oduye

In 'Pariah,' High Stakes Of Being Gay Black Teens

Producer Nekisa Cooper says Pariah is not without autobiographical elements both for her and Rees. "I can definitely identify with coming out and going to the club and feeling, like not hard enough or soft enough; I was uncomfortable," she says. "And people were uncomfortable with me."

Back then, Cooper spent her days in the corporate world. She met Rees when they were both freshly minted MBAs working at Colgate Palmolive.

"I was working on toothbrushes and she was working on toothpaste," Cooper laughs. "You know, I was walking down the hallway one day at Colgate — and there aren't many people of color in this space — and saw her coming toward me. And at the time, she had this almost Diana Ross-like Afro. Very stunning." 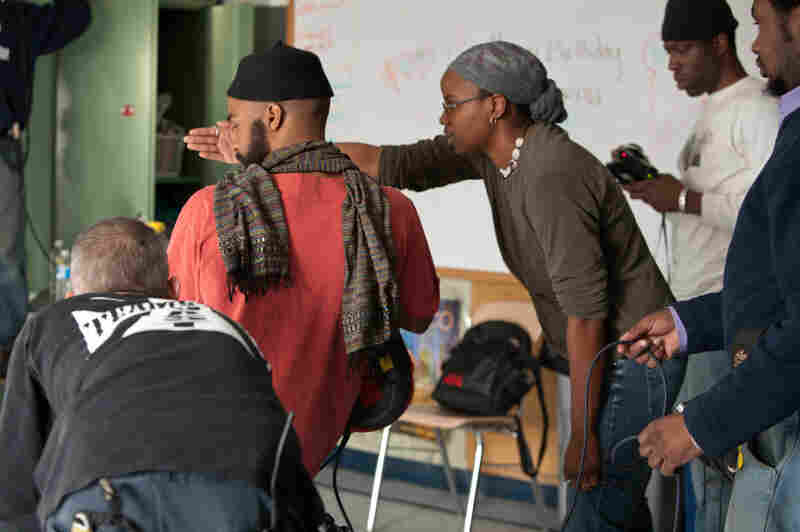 Rees (center) says the film is "semi-autobiographical." Having her parents see Pariah helped her talk openly with them about her own life. Jenny Baptiste/Focus Features hide caption 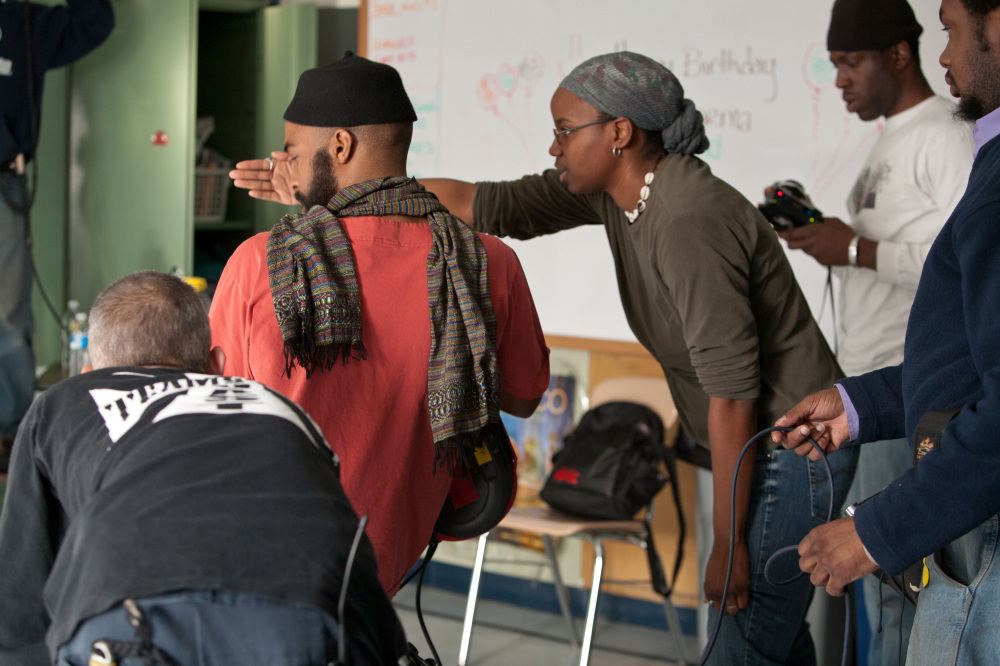 Rees (center) says the film is "semi-autobiographical." Having her parents see Pariah helped her talk openly with them about her own life.

The two began to date. While the relationship did not last, the friendship endured. Soon Rees abandoned the corporate world for film school. And Cooper wound up producing her first documentary, a process she describes as not unlike doing brand management for Colgate. The documentary, Eventual Salvation, aired on the Sundance Channel a few years ago. It followed the story of Rees' grandmother, who expatriated to Liberia in the 1950s.

Pariah is also fundamentally a story about family. Rees was intent on building believable relationships between Alike, the movie's teenage lesbian protagonist, and her disapproving parents.

"I had a psychotherapist friend come in and do a mock therapy session with the actors," she explains. "It really helped create this passive aggressive tension that runs underneath everything."

Cooper says she and Rees took their parents to see Pariah very recently. Before that screening, they said they'd never been able to talk openly with their parents about their lives as gay women.

"And afterward my father stood up and had tears in his eyes," Cooper says. "They understood Alike's angst more — and my angst, coincidentally — after having seen the movie. And my father apologized for some of the things he said when I came out to them."

Pariah is about family stories, coming-of-age stories and stories about coming into the world. And Pariah completely transformed the stories of Cooper and Rees as well.