Accessibility links
In Katrina's Wake, New Orleans Enjoys Startup Boom New Orleans has long been known as one of America's hardest luck cities, struggling over the years with poverty, crime, corruption and tragic disaster. But the city's darkest days have sparked a surprising new entrepreneurial spirit. 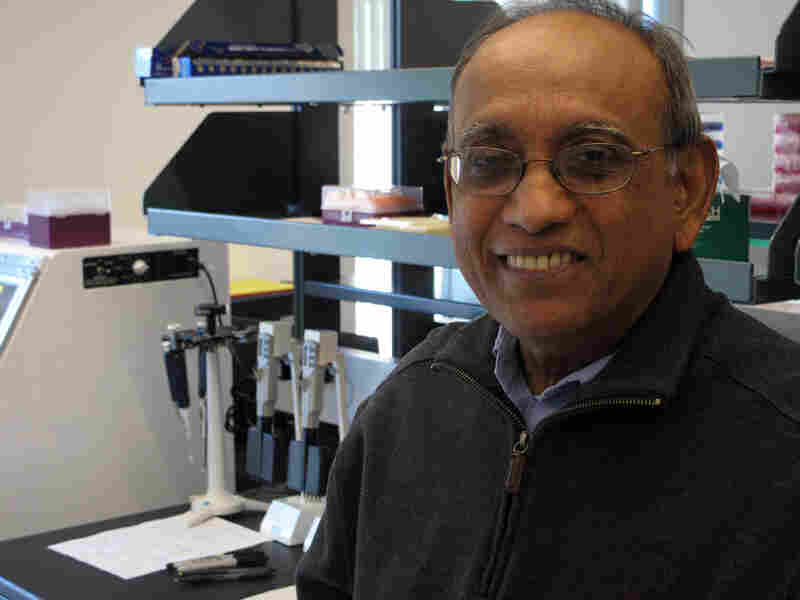 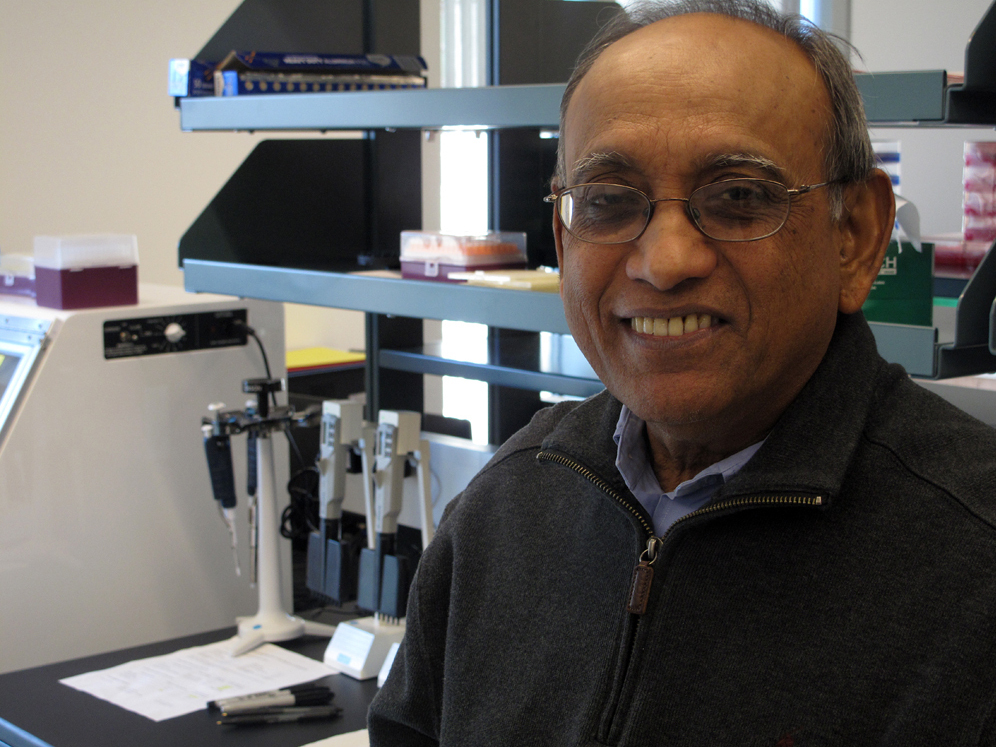 Sudhir Sinha's company, InnoGenomics, is one of hundreds of startups that call New Orleans home.

New Orleans has long been known as one of America's hardest luck cities, struggling over the years with poverty, crime, corruption and tragic disaster. But the city's darkest days have sparked a surprising new entrepreneurial spirit.

Residents Billy Bosch and Matt Mouras, for example, are trying to launch a nutritional beverage company and are getting a leg up from Idea Village, a nonprofit that helps nurture the city's entrepreneurs.

"We have people that have had experience building businesses, people that have already gone through the process that are coaching us. And they're also extremely connected locally. They can put us in touch with the resources we need as a startup," Mouras says.

Idea Village co-founder and CEO Tim Williamson says the organization has helped some 1,100 businesses get off the ground.

In a monthlong series, NPR's Debbie Elliott and Richard Gonzales hit the road to hear how Americans are dealing with the fragile economy. Explore the map below to hear the stories they've found.

"It's meant to be a place for you to trust your crazy ideas," Williamson says.

And some of those ideas are taking hold. Inc. magazine has called New Orleans "the coolest startup city in America."

Williamson says it's no coincidence the entrepreneurial boom came in the wake of Hurricane Katrina.

"Katrina did many, many things, but one is the next day everyone became an entrepreneur. We were all starting over in some way," Williamson says. New Orleans was closed, he says, so there was nothing to lose by trying something new.

"New Orleans historically has been very much a third-world economy — the exploitation of raw materials, in our case, oil [and] cheap labor. So there wasn't a lot of drive to innovate," Plyer says.

Plyer says that before 2005, when Katrina struck, New Orleans lagged the nation in startups. Now the city exceeds the national average by about 30 percent.

The new ventures include software companies, digital media firms and industries that have developed to handle some of the problems Katrina posed — water management and education reform, for example.

Orleans Parish, La., By The Numbers

Young people have flocked to the city, most of them with college degrees, reversing a decades-old brain-drain problem. Jessica Shahien, 25, left for college and had no intention of coming back home.

But she says Katrina rekindled her connection to the city. Now she's running 504Ward, a play on the New Orleans area code. It's a brain-gain initiative aimed at keeping young adults in the city.

"You can be a 20- or 30-something and really make a difference really quickly. They come thinking it will be an adventure, and then they have the opportunity to do something they would have to wait 10 years in another city to do," Shahien says.

Nolan Rollins, president and CEO of the Urban League of Greater New Orleans, has been working to make sure the city leverages the post-Katrina investment and new business climate, and that minorities aren't left out.

"This is our 'Go West, young man.' This is really the opportunity to make a difference from a generational standpoint," Rollins says. "If we aren't making sure they're a part of the new economy, we're going to destabilize our economy, there's going to be no ability for the city to actually grow."

And that's been a challenge with the entrepreneurial boom, says Plyer.

"It is not including a lot of the longtime residents of New Orleans. So it's primarily white folks," Plyer says. "There are not a lot of African-Americans who are involved in the ecosystem as it's getting developed."

Katrina did many, many things, but one is the next day everyone became an entrepreneur. We were all starting over in some way.

Painter Myesha Francis, 32, with her own gallery in the arts district, is an exception. Francis doubts she'd own her own business by now if she hadn't gotten a start two years ago at the Entergy Innovation Center in the 9th Ward, one of several entrepreneurial hubs in the city.

"I don't think it would have happened this fast, because the Innovation Center made it possible for me to have the space and be able to work because the rent was reasonable," Francis says.

Now she's in a prime location but does struggle to find enough business. "People still spend along color lines — along who they like, who they know, who they don't know," she says.

She says some of the city's old ways hang on. Francis has had to turn to nontraditional lenders, for example, to borrow money for her business. Venture capital has long been the missing piece in the economy here. But even that's changing, as new angel investors look to fund nontraditional companies.

"You don't have to be connected to the right rich person to get investment. Now you just need to know we exist," White says.

The state has helped with angel tax credits and other incentives for startups. And it has invested nearly $50 million in the New Orleans BioInnovation Center — four stories of modern lab suites designed to commercialize technologies coming out of local universities.

"A lot of the research that was being done down here would just remain in the lab or sit in filing cabinets, or it was being licensed away," says Aaron Miscenich, president of the downtown center.

For example, a company called InnoGenomics is trying to develop new DNA marker systems to work even in disaster conditions. The idea came to InnoGenomics CEO Sudhir Sinha after he was unable to identify victims of Hurricane Katrina.

"How do we ensure that this new culture, which is forward leaning, which is optimistic, becomes the permanent new New Orleanian culture and is not just a bit of rebuilding euphoria?" Hecht says.

He's hoping the city's low cost of living and famed lifestyle will help. For someone under 35, he says, the ability to make a meaningful impact and also have fun is a "pretty unbeatable cocktail." Pun intended, he says.