Accessibility links
Psych Rock Redefined: The Reissues Of 2011 This year saw a series of record companies further a loosely aligned, mutually agreed-upon mission to extend psychedelia's reaches. Tie-dyed shirts, Zapp comics and LSD aren't necessary, but an open-mindedness toward the unknown certainly is. 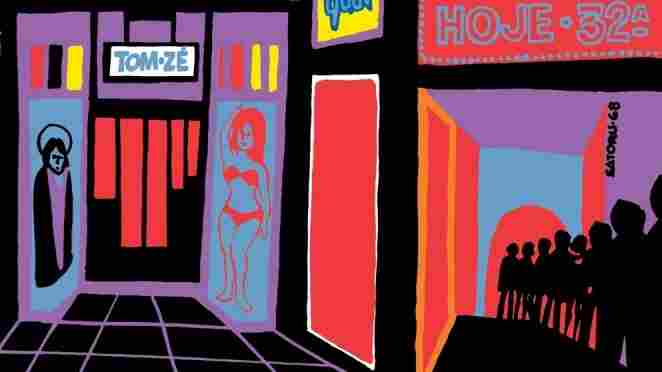 A detail from the cover of Tom Zé's Grande Liquidāçao. Courtesy of Mr. Bongo. hide caption 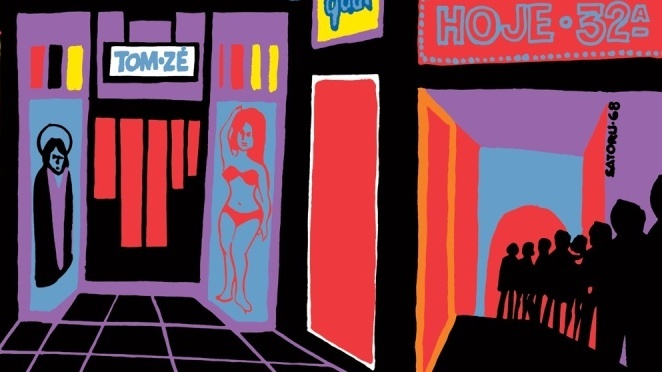 A detail from the cover of Tom Zé's Grande Liquidāçao.

I'm 33, and I've collected records since I was 12. The first music I fell in love with was hip-hop; among other things, it gave me a way to rebel against the music of my parents' generation — I felt it ran counter to the music of my upbringing. I remember the feeling of bubbling pride as I talked my father into a train ride from New Haven to Manhattan in search of Scarface's "Mr. Scarface Is Back" 12" in 1992. I thought I'd proved to the old man that I myself was a man, with my own taste in music. A suburbanite urbane enough to listen to a Houston-reared rapper's war stories and relate.

It's laughable now — besides, more than Scarface's rap itself, I was more into his choice of beats. I quickly became interested in the producers who made the tracks I loved by sampling records my parents had in their collection. Within a few years, there I was, rifling through my parents' collection one record at a time, searching for a new context in which to place the albums they'd collected in the '60s and '70s — while quietly appreciating their tastes.

Nearly 20 years later, I'm looking back at one of the most influential styles of my parents' generation, psychedelic rock, and finding a new context in which to place that music.

Others of my generation are doing the same. Fittingly, many of us glean insight from collectors who are roughly our parents' ages. But give me enough time with one of the members of the shadowy circle of collectors described by wannabes as "the psychedelic mafia," and I guarantee you that I'll find something wild, wooly and perhaps forgotten within their collection that furthers this recontextualiztion process. And, as deep as those few are, I guarantee I can offer up something from my own collection for their edification.

My peers and I are not the first to have broken the borders of the psych-bastions of North America, the U.K., Germany, Japan and Brazil in search of the next overlooked psychedelic thing: Hans Pokora, the Dutch psychedelic collector behind the influential Record Collectors' Dreams books, was among the first to highlight the variety of uncommon '60s and '70s psychedelia originating in places as far-flung as Zambia. Pokora's championing of the great Zambian band WITCH's third album Lazy Bones!! led to a bootleg LP, which indirectly led to my contact with the band's last living member.

Four years later, after "Jagari" Chanda sent me his band's rarest 7" single ("Toloka"), I found that WITCH had reached its zenith with a mix of breakbeat drumming, funk bass lines, restrained fuzz guitars backed up by a lean wah-wah, and Zambian folk-influenced call-and-response. That this was "psychedelic rock" was a foregone conclusion to me. But, as I played the record to one of the psychedelic mafia godfathers, the Los Angeles collector Geoffrey Weiss, I wondered what his take would be. I found the veteran blown away by this novel — and definitely psychedelic — artifact.

This year saw a series of record companies further this loosely aligned, mutually agreed-upon mission to extend psychedelia's reaches. Tie-dyed shirts, Zapp comics and LSD aren't necessary. But an open-mindedness toward the unknown — a hallmark of the psychedelic era — certainly is. 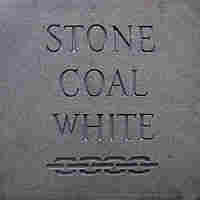 Ask anyone to name a black American psychedelic rock act, and you'll surely hear Jimi Hendrix, probably with his Band of Gypsys. A well-versed collector might mention Black Merda or Fugi. Someone who reads the Acid Archives might bring up Last Exit. But, prior to this year, only the small few who sourced one of its impossibly rare 45s would mention the best of them all: Dayton's utterly wasted Stone Coal White. Thankfully, DJ Shadow and Dante Carfagna's Cali-Tex label, in association with Chicago's Numero Group, tracked down the band, found its unreleased material and compiled an album's worth of music. This is a fusion of Curtis Mayfield's soul, Hendrix's fiery guitar and, oddly enough, Lonnie Smith's jazz. That their ravishing "Stone-Coal-White" is actually a cover of the jazz organist's "Move Your Hand" made me reconsider the ensemble's veracity; its breathtaking "You Know" brought me back into the fold. 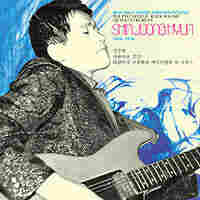 toggle caption
Courtesy of Light in the Attic Records.

The subtitle for this album includes the hallmark "psychedelic rock" phrase — and, while it's misleading, I don't fault Light In The Attic Records for attempting to define the music of this South Korean legend. Like many players in Seoul's late-'60s and early-'70s scene, Shin was a soul boy, and much of his music contains debris from the soul pantheon. This wasn't uncommon in the psychedelic rock idiom, of course, but a song like "Beautiful Rivers and Mountains" is about as surprising a psych jam session as I've encountered. It's a highlight of an album full of dirge-like blues-funk, sorrowful ballads, surf-rock and flower-power pop. 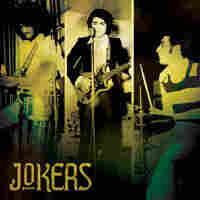 This live album contains the most samey psychedelic music of any on this list. And, like 100% Unknown Fibers' Odd Lots, another of my favorite rediscoveries of 2011, it's tough to listen to. Without context, it reverberates with strains of the blues-heavy psych-rock of, say, the MC5 — but without the proto-punk fever that made that band irresistible. But it's remarkable to contemplate that the Jokers' previously unreleased session sprung from Tehran's '70s underground. Bona fide, could-have-been-recorded-in-a-Detroit-basement psychedelic rock recorded by Iranian teenagers at the tail-end of the Shah's reign, preserved for nearly 40 years and presented anew in 2011? If this album doesn't make us reconsider the breadth of psychedelic rock, I don't know what does. 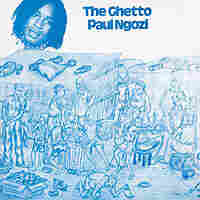 I've made it my mission to delve headfirst into the '70s Zambian rock scene known as Zamrock. So, in the interest of full disclosure, I must mention that I brokered the license of The Ghetto for the German reissue company Shadoks. But I've included it here, because the Zambian scene, thus far only cursorily investigated, is one of the last depositories of unknown and still uncategorizable psychedelic rock music. The Ghetto might be one of Ngozi's later albums, but it's one of best. Play "Who Will Know" to a dozen psychedelic experts, and they'll each divine a different influence. Ngozi, who died of AIDS in the late '80s, never testified to the provenance of his sound — and the contemporary Zambian press was more concerned with his style of dress and outlandish stage shows than his musicality — so we're left to ponder these questions on our own. 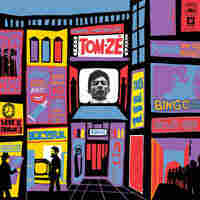 The perfect foil for someone entranced by Sgt. Pepper's Lonely Hearts Club Band's psychedelic pop, or the first trilogy of albums by The Beatles' Brazilian doppelgangers in Os Mutantes. Although David Byrne's Luaka Bop label has championed this Brazilian firebrand for the past 20 years, Tom Zé's earliest work — recorded for the important Recife-based record plant/label Rozemblit — has just been reissued by the U.K.'s Mr. Bongo. This confounding record deserves a psychedelic tag, if only for Zé's original version of "Parque Industrial," which ended up as a cover on Tropicalia's emblematic album, Tropicália: Ou Panis et Circencis. But it's songs like his angelic "São, São Paulo" — devoid of fuzz guitars and other psychedelic contrivances — which carry Grande Liquidāçao to its greatest heights.