Accessibility links
Resisting Hitler's Rise 'In the Garden of Beasts' In The Garden of Beasts: Love, Terror, and an American Family in Hitler's Berlin chronicles the U.S. ambassador William Dodd's attempts to warn the U.S. of the growing threat that the Nazi Party posed. 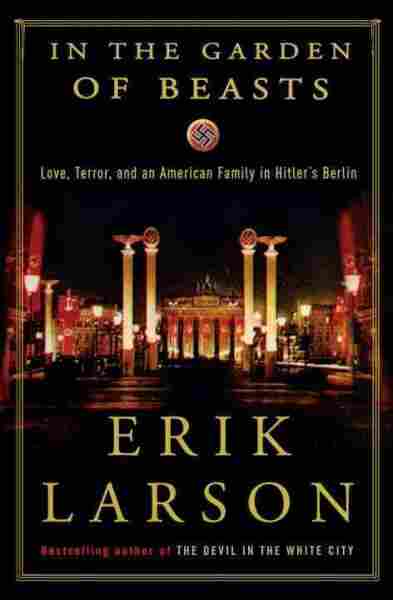 In The Garden Of Beasts

Love, Terror, and an American Family in Hitler's Berlin

Title
In The Garden Of Beasts
Subtitle
Love, Terror, and an American Family in Hitler's Berlin
Author
Erik Larson

When University of Chicago professor William Dodd assumed the post of U.S. ambassador to Germany in 1933, he hoped for an undemanding position that would allow him spare time to write a book.

At the time, few in the United States or Europe considered then-Chancellor Adolf Hitler a serious threat, and few expected him to remain in power long. Dodd was no exception, says Erik Larson, author of In the Garden of Beasts: Love, Terror, and an American Family in Hitler's Berlin.

Having studied in Germany as a college student in the 1890s, Dodd began his term as ambassador with "a predisposition to like the Germans and to like Germany," Larson tells NPR's Jennifer Ludden.

He arrived in Berlin, Larson says, with "almost a deliberate desire — deliberate objectivity, let's say — to view things as objectively as possible, without prejudging."

But over the subsequent four years, the Dodd family grew uneasy as they watched Hitler consolidate his power and impose increasingly severe restrictions on Germany's Jewish population.

Matters came to head as Dodd clashed with the Nazi Party and the State Department and eventually resigned over the failure of officials back home to recognize the threat the Nazis posed.