Accessibility links
On New Year's Eve, An ID Check Helps Love Prosper For Isabel Sobozinsky-Wall, New Year's Eve marks a special time. That's when she met her future husband, Scott, during a trip to New York City 20 years ago. But first they had some things to overcome. 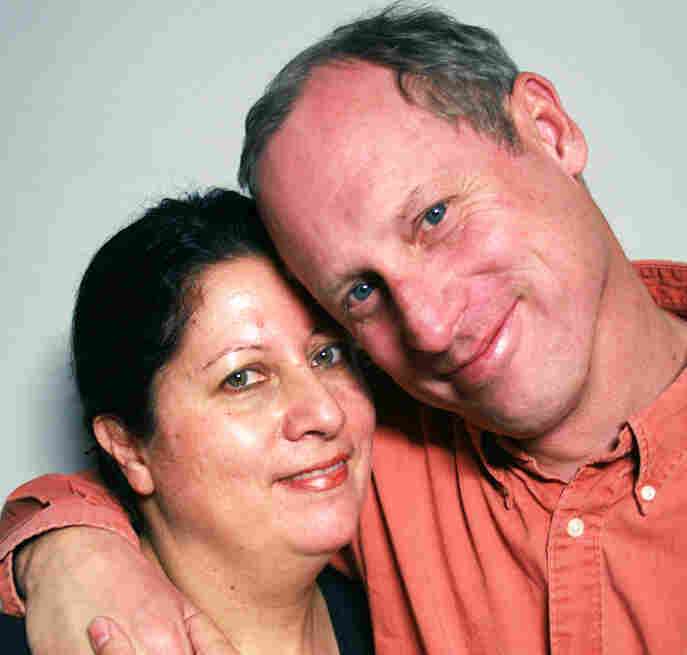 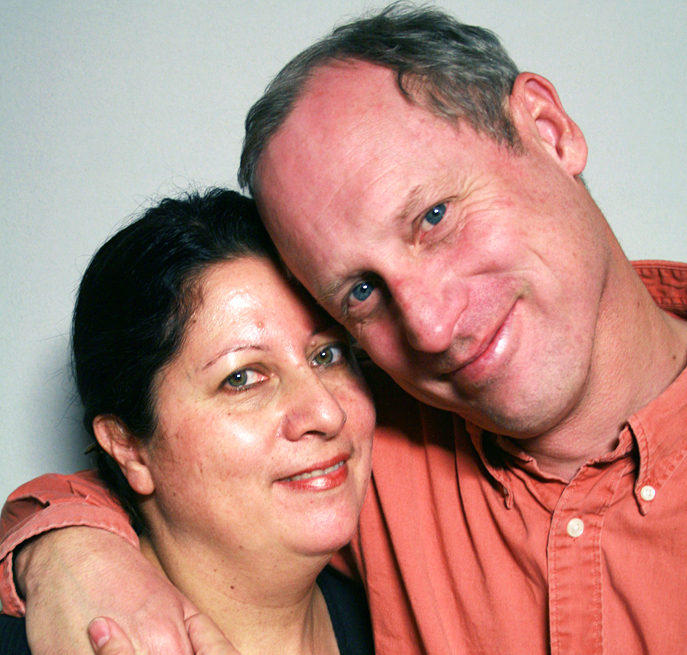 For Isabel Sobozinsky-Wall, New Year's Eve marks a special time. That's when she met her future husband, Scott, during a trip to New York City 20 years ago.

"I was single and feeling very lonely on New Year's Eve," Scott says. "I was actually wandering the streets of Manhattan, and I ended up in the Paris Cafe. There was this ravishingly beautiful woman, wearing a beautiful dress. And I introduced myself. But I was very surprised when you asked me for my ID."

Isabel wasn't working in the restaurant — in fact, she was just visiting from her home in San Francisco. As she explains, she was simply being cautious in the Big Apple.

"Because I had been told that Manhattan is so big and scary," she says. "And I wanted to make sure that your name matched up, and your birth date, and all those details."

"I thought it was very cute," Scott says. "And I said that I would like to see you in a day or two."

By then, Isabel's visit to New York was nearly over. And when she did call him, Scott wound up taking her to the airport. But they stayed in touch over the next weeks and months, thanks to the Postal Service and cassette tapes.

A Livin' Thing: After Decades, A Couple Reconnects

At the time, Scott commuted from City Island, east of the Bronx, to his job in Manhattan.

"I had a little Walkman at the time, a beaten-up Walkman," Scott says. "I commuted great distances into Manhattan, so I had time to make these tapes, like recorded letters."

The recordings he sent to Isabel included nearly any episode from Scott's life, from riding the subway to visiting his dentist.

"You know, when I was making these tapes for you I just felt like you were this little angel on my shoulder wherever I was going," Scott says. "So, I was like, trying to show you everything I could."

One recording even included a song that Scott asked a guitarist to play for Isabel.

"You talked on one side of the tapes," Isabel says, "and you said, 'The other side is blank, so that you can respond.' "

In one of the recordings Isabel made, she taped a visit with her family.

"Oh yeah, that was with Mom," she says. "And I was telling them how excited I was about you."

"I realized you were really making an effort to share your world with me," Scott says. "And it was really a nice thing for me to hear."

"I kept the tapes in a red box with a red ribbon," Isabel says.

He didn't keep his recordings from Isabel in a box, Scott says — instead, he relied on a concrete bunker.

"I kept yours in a off-site storage area," he says, "so that if ever there was an earthquake or a fire in the house, I would have them protected."

In July 1992, Scott moved to San Francisco to be with Isabel. And in 2000, they got married, in Mexico City. And as they approach the landmark of spending 20 years together, Scott asks Isabel, "Does anything surprise you about our relationship?"

"That we can still look forward to seeing each other, and having our love," Isabel says. "That's a surprise to me. That's like a gift, because that says a lot."

Audio produced for Morning Edition by Jasmyn Belcher. Special thanks to Nathan Dalton at The Kitchen Sisters.