Accessibility links
Oprah Winfrey Network Still Finding Its Footing Oprah Winfrey gave up her coveted spot as the queen of daytime talk to start a cable network. A year after its launch, however, OWN is struggling. Winfrey hopes a show of her own will boost viewership, but admits that running the network is much harder than she anticipated. 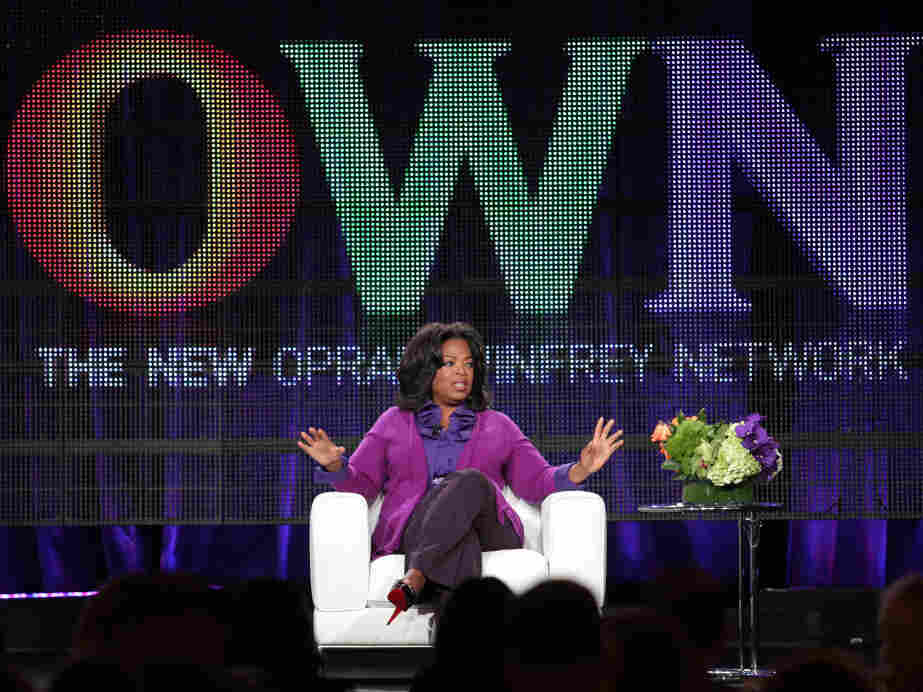 Oprah Winfrey talks to reporters during a press tour that followed the launch of her cable network, OWN, in January. Frederick M. Brown/Getty Images hide caption 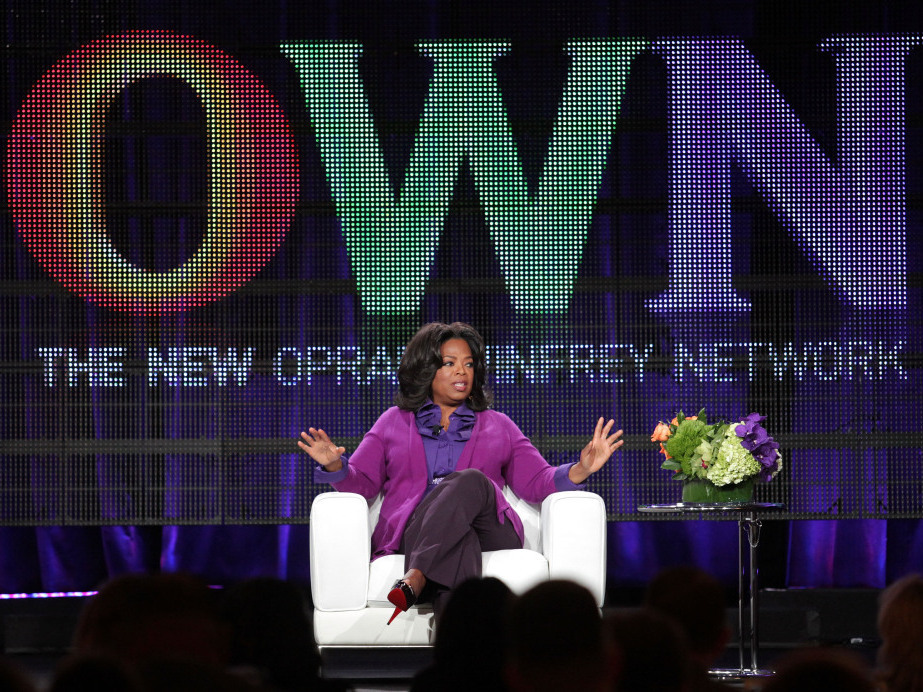 Oprah Winfrey talks to reporters during a press tour that followed the launch of her cable network, OWN, in January.

Ratings have been a major disappointment for the Oprah Winfrey Network, but that could change now that Oprah Winfrey is about to debut her own show on the cable channel.

When Winfrey ended her longtime show on broadcast TV earlier this year, there were lots of tears and endless tributes to the queen of daytime talk.

She shifted focus to OWN, a joint venture between her Harpo Productions and Discovery. The channel, which marks its anniversary Sunday, is a 24-hour mixed bag that includes repackaged Oprah Winfrey shows, cooking and reality shows, and documentaries.

OWN took over the space that belonged to Discovery Health, which struggled to find an audience. Almost everyone thought Winfrey's network would easily outdo it.

"With the Oprah brand name, with all the work they did leading into the launch of the network, the hope and the expectation was that they would be on a much faster track than usual," Gerbrandt says.

A Sampling Of Shows On OWN

Tiffany Young is a party planner who helps "celebrate pink power and female empowerment through dessert, entertainment and socialite-ing" in the show Party at Tiffany's.

Everyday people get "ambushed" and taken to Kristina Kuzmic's kitchen in Ambush Kitchen, a reality TV show about home-cooking interventions.

Peter Walsh is an expert organizer who offers people help in dealing with "the overwhelming presence of clutter" in the aptly titled show Extreme Clutter.

Sweetie Pie's features Robbie Montgomery, former backup singer for the Ike and Tina Turner Revue, as she and her family open a third soul food restaurant.

The OWN lineup also includes Rosie O'Donnell on The Rosie Show. The network will premier Oprah's Next Chapter on New Year's Day.

'Harder Than I Ever Imagined'

But it was a rough first year.

In May, the CEO was shown the door. Oprah herself said it might have been better to wait until her broadcast show ended before launching the channel. In July, she named herself CEO.

Even a new show with Rosie O'Donnell hasn't pumped up the ratings.

One place that attracts Winfrey's core audience — women — and where the TV is on all the time is Patsy's Nail Bar in Washington, D.C. At Patsy's, Winfrey's daytime talk show has been replaced by The Ellen DeGeneres Show.

As her nails are being done, Dianna Montas says OWN lacks consistency.

"I watched a couple of things," she says, "[but] not as often, because, now it's like, all over the place, and it's not as focused as her own show."

Winfrey has been candid about the problems. In September, she did a live webchat with Facebook Chief Operating Officer Sheryl Sandberg and admitted that running a network is nothing like doing your own show.

"It's very different choosing other shows and trying to feel, will this work? Will that not work?" Winfrey said. "I would say it's a lot harder than I ever imagined. If anyone says, 'Do you want a network?' Think about that!"

Gerbrandt says cable is such a different animal from broadcast. For starters, people can't find OWN.

And the network doesn't yet have a signature show, Gerbrandt says, "something that will make you say, 'Ah yes, I know that one is on OWN.' "

"Without that," he says, "you have nothing to build around."

It's fair to say that anything Winfrey does gets extra scrutiny. She is, after all, one of the most influential women in the world. But even for her, it may take years before this cable channel is a success, OWN President Erik Logan says.

As for that signature show that OWN needs, it could be the one that debuts this weekend starring the CEO herself: Oprah's Next Chapter.

A previous Web version of this story, as does the audio, incorrectly identified Sheryl Sandberg as the CEO of Facebook. Sandberg is actually the chief operating officer.