Accessibility links
Left-Handedness: No Longer Suspect; Still A Mystery Lefties get a bad rap — they're sometimes called untrustworthy or insincere, and some dubious studies even claim they die young. Author Rik Smits sets out to debunk those claims in a new book, The Puzzle of Left-handedness. 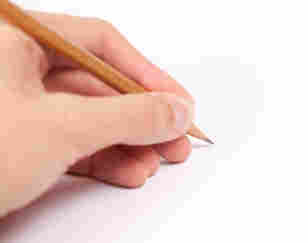 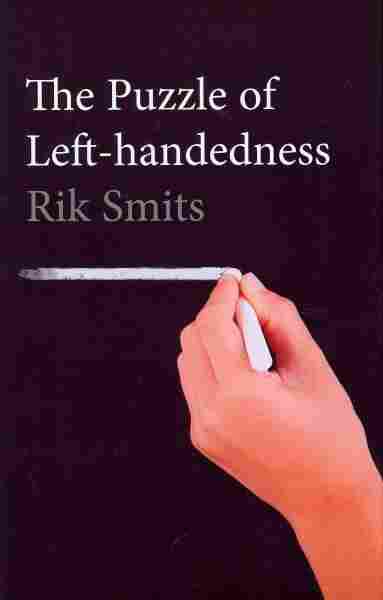 The Puzzle of Left-handedness

There's a handful of people — roughly 10 percent of the global population — that has something in common.

Many mysteries and misconceptions surround this group. Its members have been called artistically gifted and self-reliant, but also untrustworthy and insincere. Most recently, several of them have been called the president of the United States.

Yes, we're talking about left-handers. Author Rik Smits is left-handed himself, which was good preparation for his new book, The Puzzle of Left-handedness. He tells weekends on All Things Considered host Rebecca Sheir that extreme prejudice against left-handers is actually quite recent.

"Throughout history, Western history that is ... there has always been a sort of negative whiff around left-handedness, because it was different, and therefore a bit, well, suspect," Smits says.

But, he adds, most people didn't really care that much about it. Even the witch-hunters of the Middle Ages didn't consider left-handedness evil.

"Now that's strange," Smits says, "because everything they could lay their hands on was used to condemn people in those days."

No, it took the invention of modern psychology to really give lefties a bad rap.

"That's when you find these very stern people who really think that we left-handers are really bad and maladjusted and sick," Smits says.

He says that if you look outside Western history and science, you will find places where lefties aren't as stigmatized.

"The Chinese, they simply don't have the same kind of negative connotations to the left that we have," he says.

Western culture is oriented toward opposites like black and white, good and evil, left and right, but "the Chinese don't do that. They have this, let's say, this more harmonious idea of opposites that are complements to one another."

While science was quick to condemn left-handers — though those theories are now discredited — it has been less quick to come up with an explanation for the phenomenon. Smits says hand preference isn't inherited the way other traits like eye and hair color are, and no one's really sure why it arose in the first place.

Some animals do show paw preferences, Smits says. But unlike humans, who are consistently about 10 percent left-handed, about a quarter of any given population of animals — mice, for example — will prefer the right paw, a quarter will prefer the left paw and the rest don't care.

There are some advantages to preferring the left hand over the right. Smits says some athletes, in particular, have better luck with the left hand. But if you're a musician in an orchestra or a soldier in an army, you may be in trouble.

"You wouldn't want one violinist to bow away one way from all the others," he says. "You get a bloodbath on stage."

And if you're thinking that being a lefty might give you a hand up on the national political stage, Smits says don't hold your breath.

"It's a very small community, presidents," he says. "It's very slow in growing, so your chances are still about nil in getting there, and left-handedness, I don't think it will be a real advantage in that respect. No, a quick mind and a quick mouth is probably better."