Accessibility links
New 'Clear Day' A Test For Harry Connick Jr. Connick is starring in a new Broadway production of the musical On a Clear Day You Can See Forever. He says a twist on the original premise drew him to the role — but has also presented a challenge. 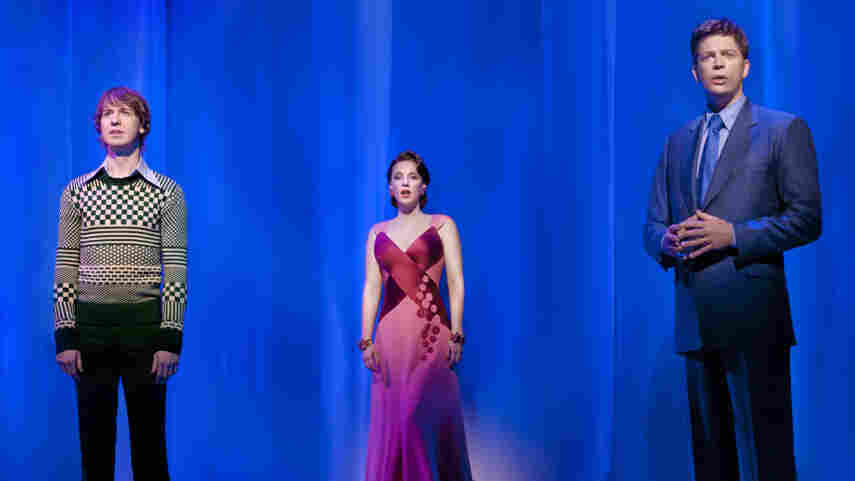 Harry Connick Jr. (far right) on the set of On a Clear Day You Can See Forever, alongside co-stars David Turner and Jessie Mueller. Nicole Rivelli hide caption 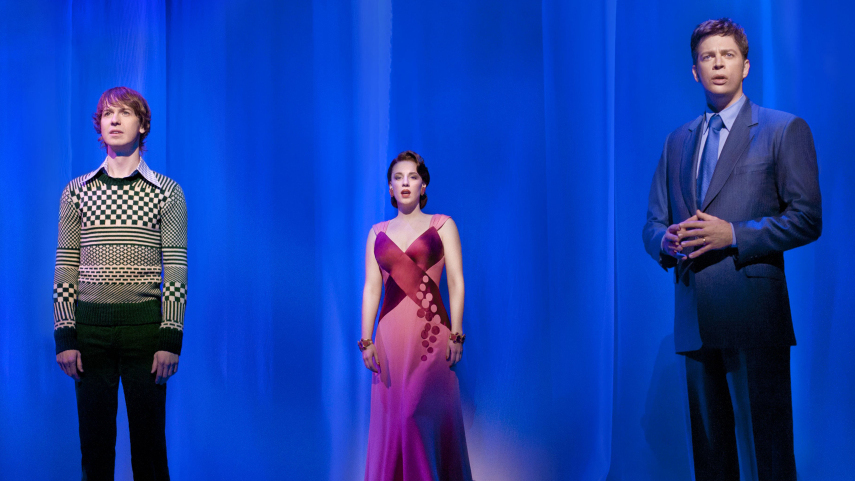 Harry Connick Jr. (far right) on the set of On a Clear Day You Can See Forever, alongside co-stars David Turner and Jessie Mueller.

The new Broadway production of the musical On a Clear Day You Can See Forever has been billed as a "reincarnation" rather than a revival. The premise is the same as before: A psychiatrist, Mark Bruckner, falls in love with the "past life" of one of his hypnotized patients. But this version replaces Daisy, the charming young patient first played in the 1960s by Barbara Harris, with Davey — a gay man harboring a female alter ego deep in his subconscious.

The change-up presents a challenge for Harry Connick Jr., who plays the psychiatrist in the new production.

"It's the most complex character I've had to play. I'm playing an academic — that alone is a stretch for me," Connick says, laughing. "But he's this guy who's mourning the death of his wife and falls in love with a person who doesn't really exist. And he sort of spirals down into what essentially becomes a psychotic breakdown ... To have the audience even like me at the end of every show is a real challenge."

Rebecca Sheir, guest host for weekends on All Things Considered, speaks with Connick about preparing for the role — and how he responds to vicious reviews.