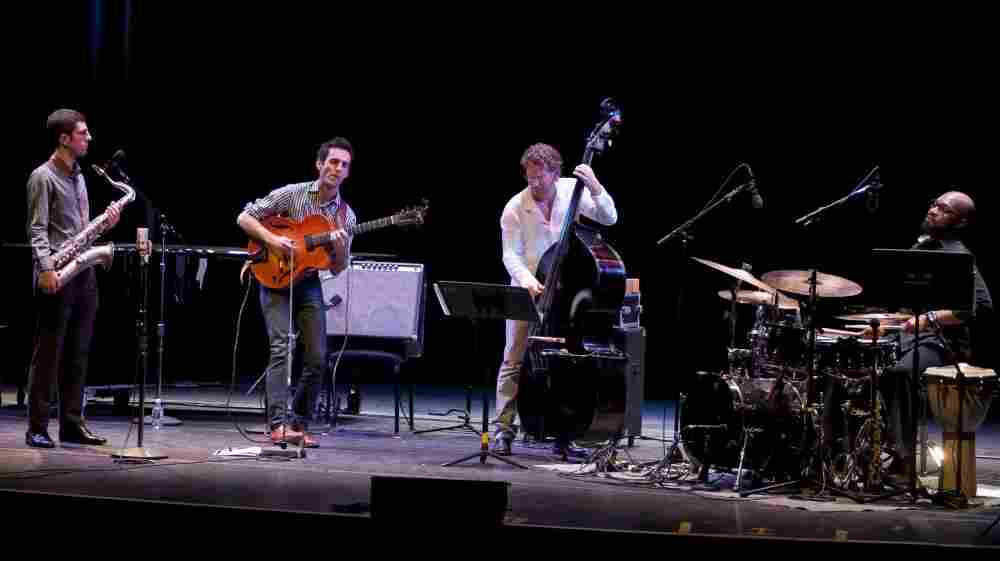 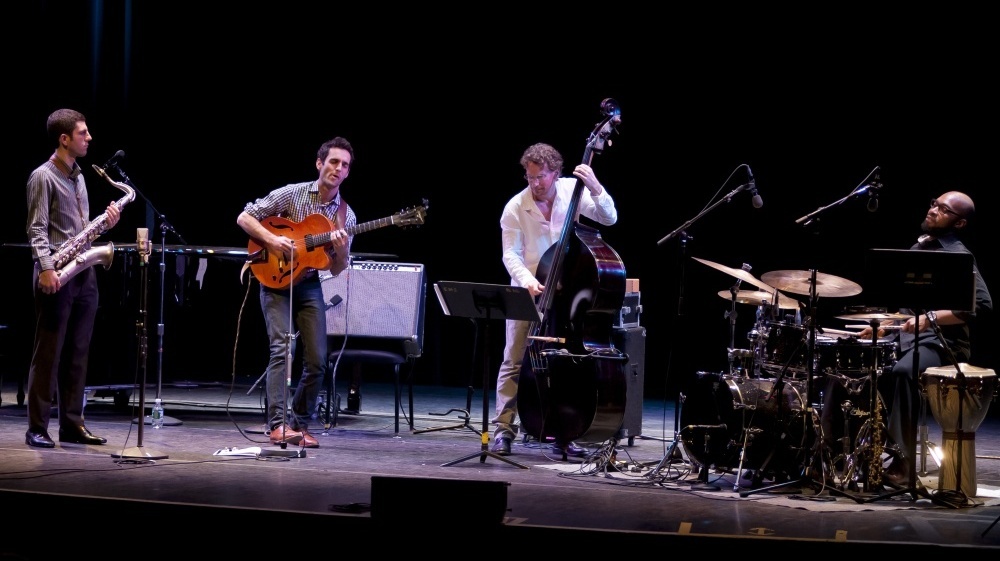 The guitarist Julian Lage came to prominence as a child prodigy; still a young twenty-something, he's become a thoughtful composer and bandleader too. With his working quintet, the Julian Lage Group, he developed two cinematic, expansive albums, including 2011's Gladwell. (There's a lot more where that came from too.)

But then his alma mater, Berklee College of Music, called him for a New Year's Eve gig. So he switched up the script by calling two of the top sidemen in jazz today: drummer Eric Harland, whose irregularly-convened but explosive band features Lage, and bassist Larry Grenadier, who Lage first jammed with as a 12-year-old boy. Also on the gig was saxophonist Dan Blake, an unannounced "special guest." If Blake appears to mesh with the music naturally, it would make sense; he's a standing member of the Julian Lage Group.

All compositions by Julian Lage unless otherwise noted.