Accessibility links
Driving And Phoning: What's New In 2012 States have long sought to restrict cellphone use by drivers because of safety concerns, and as the new year begins, several states are toughening their laws. It turns out it's a hard habit to break. And for government officials, it's not easy to stay ahead of tech advances. 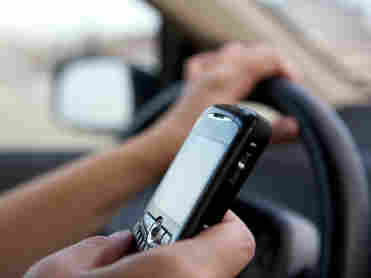 Even though more than 30 states have banned or restricted cellphone use, it hasn't been easy to convince drivers to stop. iStockphoto.com hide caption

States have long sought to restrict cellphone use by drivers because of safety concerns, and as the new year begins, several states are toughening their laws.

It turns out it's a hard habit to break; and for government officials, it's not easy to stay ahead of tech advances.

On Dec. 13, the National Transportation Safety Board took an unprecedented step and recommended that all states enact total bans on drivers' cellphone use. Why? NTSB Chairwoman Deborah Hersman said the board came to the conclusion after a decade of researching accidents connected to distraction.

"It's really the cognitive distraction, the brain being engaged in another activity, that's dividing the driver's attention from the task at hand that's the problem," Hersman said.

The NTSB meeting was in response to a 2010 accident in Gray Summit, Mo. The teen who caused the crash sent and received 11 texts in the 11 minutes before he plowed into a tractor-trailer and set off a massive chain reaction that killed two and injured 38.

Talking on a hand-held cellphone while driving is banned in 10 states. And 35 states (plus the District of Columbia) have banned text messaging for all drivers. Read more about state restrictions on using cellphones behind the wheel.

Despite the risks, millions of drivers text while behind the wheel. In a June 2010 Pew Research Center poll, more than 1 in 4 Americans said they'd done it. And while statistics specifically connecting collisions to cellphone use vary widely, the Pew poll indicated that 1 in 6 cellphone-owning adults admitted to being so distracted by their phone while driving that they bumped into something — or somebody — with their car.

And now there's one more way to use your phone while your hands are on the wheel: Siri is Apple's courteous robot assistant. She responds to voice commands and can send and read text messages for you.

In a video Apple made to promote the latest iPhone, a man is seen in his car using his voice to perform a variety of tasks.

But does keeping your hands on the wheel while driving make texting any safer? A March 2010 study by the National Safety Council concluded that hands-free phone technology is still dangerous because your mind is somewhere else. 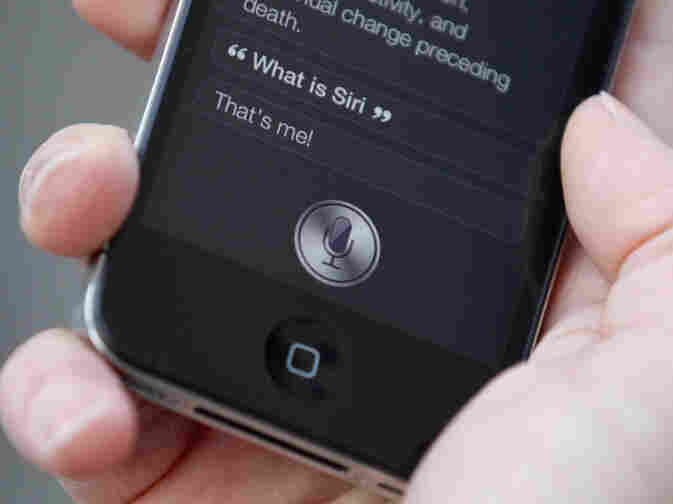 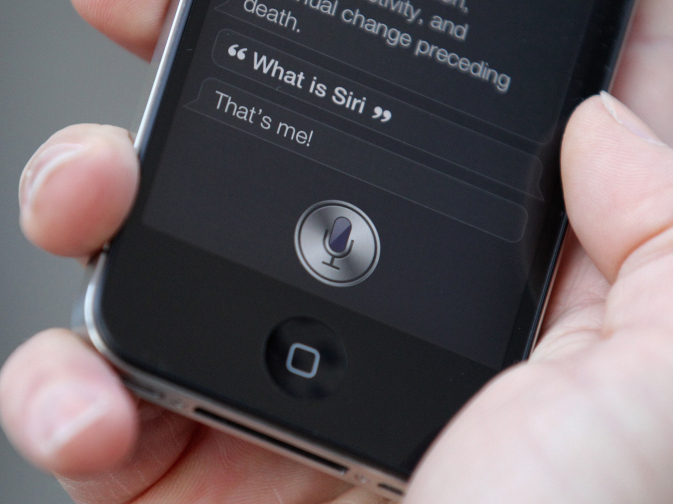 Even though more than 30 states have banned or restricted cell use, it hasn't been easy to convince drivers to stop. Oregon, Nevada and North Dakota enacted tougher new laws on Jan. 1, and many states have had to revisit bans after drivers found loopholes. (North Dakota and Nevada both banned texting while driving. Oregon closed a loophole in its law that allowed drivers to use hand-held cellphones if the call was related to their jobs.)

"Unfortunately, technology is advancing much faster than our laws. Four or five years ago we didn't really know much about texting," says Jonathan Adkins, communications director for the Governors Highway Safety Association. He doesn't expect a total ban on driver phone use anytime soon. Instead, he says, it's all about changing habits.

"We want to make this like drunk driving, where you don't walk into a party and casually say that you were drunk behind the wheel. People will look at you like you're insane," Adkins says.

Technology is catching up on the side of safety as well. Researchers at Rutgers University have explored a way to detect a driver's use of a cellphone with 95 percent accuracy. But implementing that is a ways off.

In the meantime, Adkins has a suggestion. "The best scenario is simply to turn your phone off while you drive. It's more peaceful, it's more restful, and it's safer."