Accessibility links
U.S. Keeps Pressure On Myanmar For Political Change Myanmar's president has announced reduced sentences for prisoners. But the clemency will affect few political prisoners and falls far short of the expectations of the Obama administration. The U.S. has been trying to encourage Myanmar to go forward with political changes. 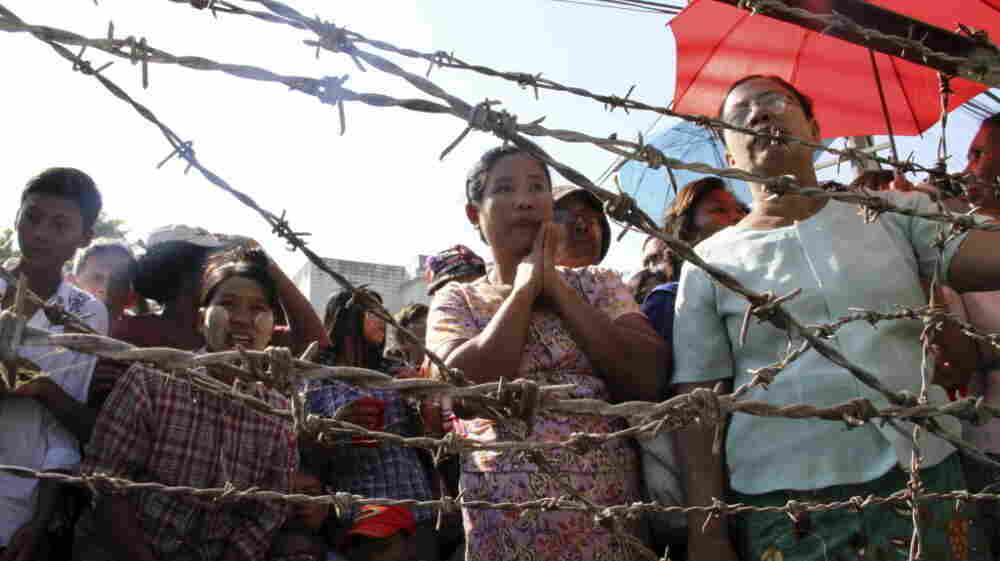 People stand behind barricades as they wait for family members to be freed from Insein Prison in Yangon, Myanmar, on Tuesday. Myanmar's government announced Monday that it is reducing the sentences of many prisoners, but stopped short of declaring an amnesty for political prisoners that many people had expected. Khin Maung Win/AP hide caption

One of the more surprising moments in U.S. foreign policy last year occurred when Secretary of State Hillary Clinton visited Myanmar, long ruled by a repressive military government and shunned as a pariah nation.

There, she met with high-level officials in the country's empty new capital, Naypyitaw, and toured a glittering pagoda in the old capital Yangon, or Rangoon.

The U.S. has been calling on Myanmar, also known as Burma, to build on the reforms that have taken place in the country since a new president took office in March.

Clinton offered some incentives to keep Myanmar's president, Thein Sein, on track with reforms, and told NPR at the time that she was coordinating closely with the country's most prominent dissident, Aung San Suu Kyi.

"She has expressed her confidence in how we are proceeding. Obviously, we both want to see significant steps taken by the government, starting with the release of all political prisoners, before we are able to do any more," Clinton said. 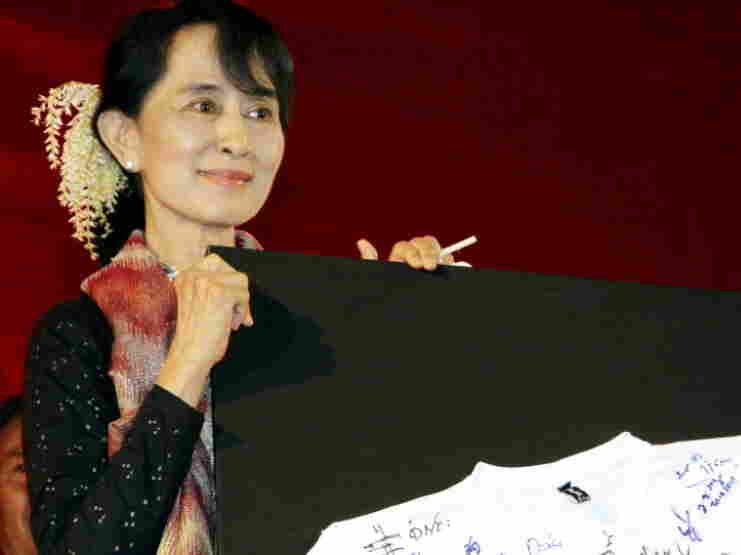 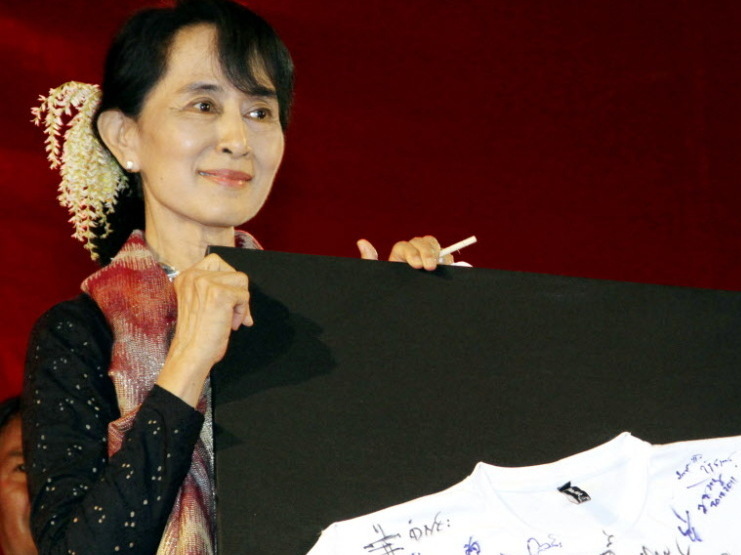 But an announcement this week by Thein Sein came as a disappointment: He offered to reduce sentences for some political prisoners, but the clemency announcement fell far short of expectations of activists in the country and of the Obama administration.

A State Department spokesperson said Tuesday that the U.S. remains concerned about the more than 1,000 political prisoners still being held, and "continues to call for their immediate and unconditional release at every opportunity."

This is a bump in the long road ahead for Derek Mitchell, Clinton's special envoy to Myanmar. Mitchell, who works on this issue on a day-to-day basis, travels to Myanmar about once a month, and says he will be packing his bags again soon.

He thinks Clinton's trip a month ago put wind in the sails of a reform process.

"I have to say it is a remarkable pace. You can't get around the fact that this government came in in late March, and there was hope that there would be reform over time. But the pace of reform has come fairly rapidly and has encouraged an atmosphere in Rangoon that is quite optimistic about the future in the new year," Mitchell says.

Myanmar has set elections for April 1, and the announcement that Suu Kyi and her National League for Democracy plan to participate in the elections has buoyed the international community's confidence.

Also, the U.S. has agreed to let the U.N. Development Program and the World Bank assess the needs of the country, one of the poorest in Southeast Asia. Obama administration officials still have to work through U.S. laws and sanctions to make that happen, and Mitchell also has to answer many questions in Congress about how quickly the U.S. should be moving.

"Debates are ongoing about Burma policy, but there's no serious resistance to certainly [Clinton's] trip, what came out of [the] trip and the way forward overall," Mitchell says.

The envoy says much will depend on the Myanmar government's next steps and whether Thein Sein delivers on other promises he made to Clinton. The U.S. is pushing not only for more political rights in the country, but is also trying to promote peace efforts in the many long-running ethnic conflicts that have ravaged Myanmar.

"You continue to have reports of aggression, of abuses, of rape as a weapon of war, of torture and of killing of civilians. All that is very, very serious and informs our policy as well," Mitchell says.

One expert on Myanmar, David Steinberg of Georgetown University, says that so far the Obama administration has taken a safe, well-paced approach. Steinberg says there will be a flurry of diplomatic activity this month, including a visit by Senate Republican leader Mitch McConnell, a major critic of Myanmar's military rulers.

"If [McConnell] comes back and says, 'Well, there are some changes and we ought to adjust our policy,' that would be very good. And if he talks to Aung San Suu Kyi, as I'm sure he must, and she says now is the time for modification, then I think there are some positive things that can happen," Steinberg says.

Steinberg says Suu Kyi once told him that the U.S. sanctions are something she uses as leverage with Myanmar's leaders, but at some point they could be a liability for her. Mitchell, the U.S. envoy, says the U.S. won't change its sanctions policy until it gets a signal from Suu Kyi that the time has come.