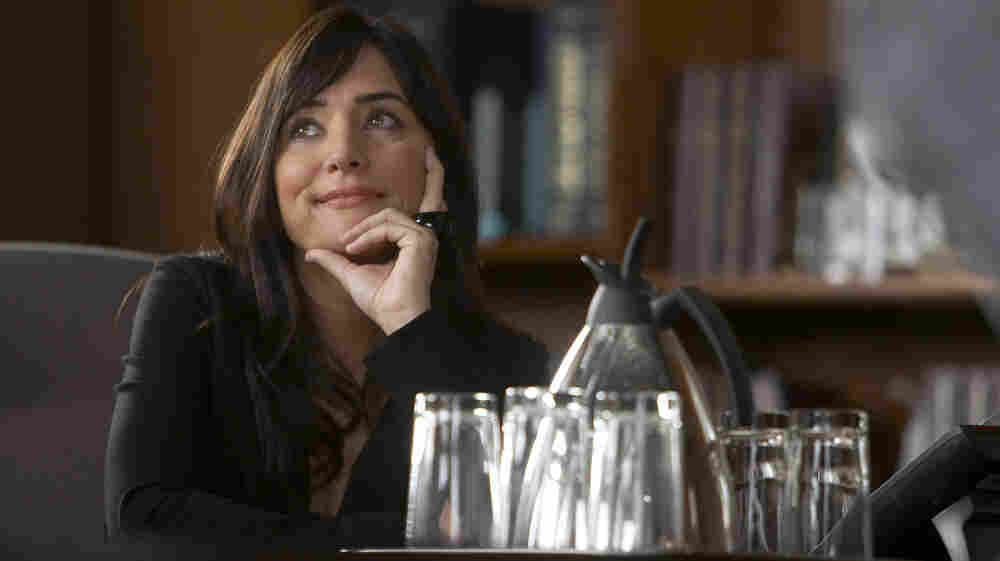 Pamela Adlon plays Marcy Runkle on Showtime's Californication. This season, her character is going through what she describes as a "sexual renaissance." Jordin Althaus/Showtime hide caption 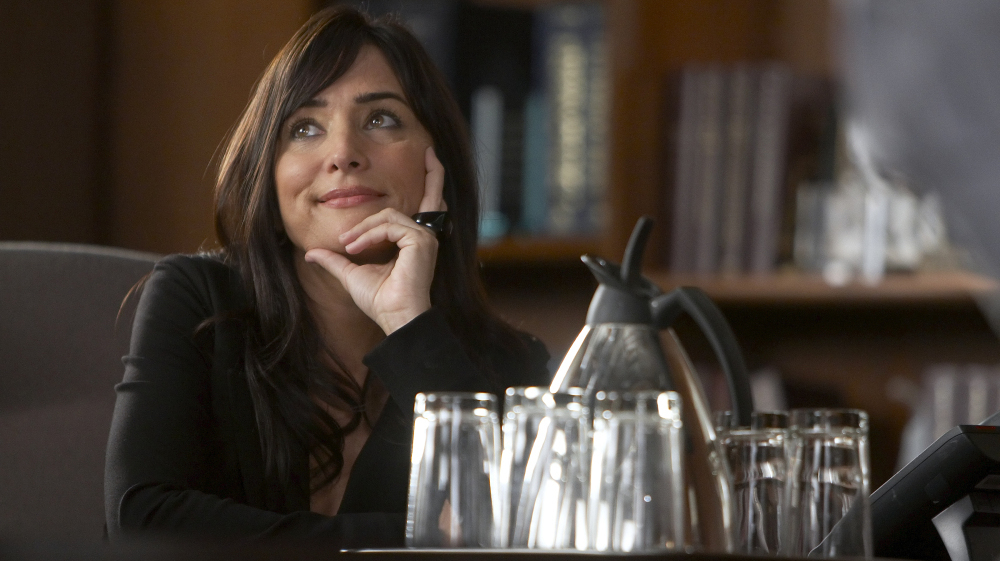 Pamela Adlon plays Marcy Runkle on Showtime's Californication. This season, her character is going through what she describes as a "sexual renaissance."

When Pamela Adlon meets her daughters' middle-school-aged friends, she asks them nicely not to watch Californication, the show she's starred in for the past five seasons.

"I say, 'I'd appreciate if you don't watch my show and you don't Google me,' " she tells Fresh Air's Terry Gross.

But Adlon, who plays the brash, unapologetic, sexually charged Marcy Runkle on the Showtime series, says she knows that's not going to stop anyone.

"I am not embarrassed," she says. "I know they Google me."

"We were all in the store, and my 11-year-old, who was probably 9 at the time ... takes me to the section where there's a whole bunch of Californication DVDs. She pulls out a DVD, shows me the back, and it's me on all fours being spanked by my [character's] husband, in lingerie," she says. "And she's like 'Mama, that's so funny.' And so my 9-year-old is laughing about it with my 6-year-old, and I'm thinking, 'I'm going to vomit.' ... I was like, 'All right, just put it back. It was a silly thing. We were playing a game in the show. It was like pin-the-tail on the donkey. Put it back.' "

Her children aside, Adlon typically likes the passionate reaction she gets from fans.

"I don't think I have a demographic," she says. "I was at Comic-Con in San Diego recently, and I was doing a signing, and my line was all military guys, young girls, housewives and guys in wheelchairs. There was just everybody all over the place."

Adlon says that's because she's taken all sorts of parts — from voicing Japanese anime characters and the character of Bobby Hill on King of the Hill to her live-action roles on the cable shows Louie and Californication.

"There's been points where I'll go do a table reading for King of the Hill in the morning, and then I'll go to the set of Californication and do something insidiously dirty, and then I'll go record a Tinkerbell movie or something like that," she says. "Or the next day I'll do [the Disney show] Phineas and Ferb. It's normal to me."

And compared with the studios where her animated sitcoms are produced, the set of Californication is pretty boring, she says.

"I always say that the Californication set is the most chaste, unromantic set you could ever imagine," she says. "I've never seen anybody flirt, no one comes on to anybody — but when I'm doing one of my cartoon things, somebody's always saying, 'Hey Pammy, what's going on, [and then] saying a bad thing.' "

On her part in 'Californication'

"I was never meant to be in the show. I did the pilot and did the whole pilot season. ... When the show got picked up, [creator and screenwriter] Tom Kapinos just kept writing for me, and it was just this gift. ... And it just became a thing. I never thought it would go to the dirty, filthy place it went to. I don't think there's anything too morally reprehensible going on, because there is this wonderful, emotional core, which is the family. And then also, it's funny. It's not dark without being funny. I'm not really a fan of darkness without funny." 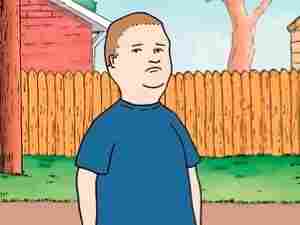 Adlon voiced Bobby on King of the Hill, among other animated characters. Fox hide caption

On voicing Bobby Hill and other boys

"The thing about women playing boys is that we're not going to age, and we're not going to go through puberty in the middle of a long-running series. I used to take over for a lot of boys whose voices would crack and change. My voice is on the lower resonance scale, so I just naturally go into the boy mold."

"One of the things I learned in animation is that you never, ever want to start doing a voice that you can't sustain for four straight hours. I learned that when I was doing a game — when I was doing a female Yoda character — and I still can't do it. It tickles the back of my throat so bad. So I'm never going to do that again. You basically can't start a voice that you can't do all day."

On being a voice-over actress

One of the things I learned in animation is that you never, ever want to start doing a voice that you can't sustain for four straight hours.

"It's the greatest job ever, and people always say, 'I want to get into that.' Or 'How do you do it?' You have to have something interesting about your voice, you have to be able to act, and you have to be able to act quickly and take direction. If somebody says something to you, you don't say, 'Oh, I've already done it.' You say, 'OK. That sounds good.' And you move on. That's the one thing I've learned. I never say, 'Well, I just did that 20 takes ago.' Nobody wants to hear that. Shut up and say the lines, and get out of the studio."

On her daughters' friends watching 'Californication'

"I found out her friend's mom let her watch, and I was beside myself. I cried. And I went up to the director of the school, and I said, 'I can't deal with this.' ... And the mom was like, 'Hey man, don't be mad at me, it's cool. We're all cool.' I'm like, 'No, it's not cool.' I don't know where the line is for people anymore. You can't regulate what these kids are being exposed to on the Internet. It's so way out of control. All you can do is just try to talk to your own kids. ... I would rather my kids not see my boobs on the Internet, but it's not going to be the end of the world if that happens. ... I'm a good person. I'm a really good mom. I have a little salty language, but other than that, I'm a really good mommy."