Accessibility links
In Tight Times, Medical Schools Market Themselves Increasingly, academic medical centers are joining elite hospitals in mounting national ad campaigns. Their goals include attracting faculty and students — and more patients. But the results of the marketing campaigns are hard to measure, analysts say. 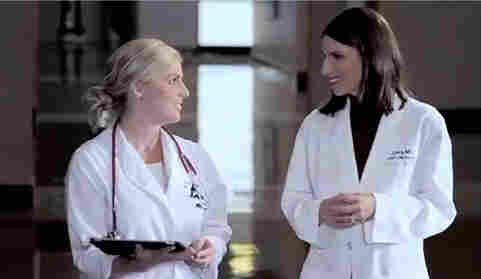 Hospitals stepped up their advertising in 2011, and some newcomers to the national marketing game are academic medical centers. While the coast-to-coast commercials help attract faculty and students, they're also aimed at getting more paying patients to travel for treatment.

The biggest spenders on advertising are, not surprisingly, the household names in medical care. Mayo Clinic, Mount Sinai and New York Presbyterian led the way for the first half of 2011. Overall, hospitals shelled out 20 percent more during that period than in the previous year, according to the research firm Kantar Media.

"We think of it almost as a service to the public, to get the word out," she says.

The Vanderbilt ads focus primarily on treatments for cancer and heart disease that are based on an individual's DNA. But Austin says that luring patients hasn't been the primary goal.

"Ultimately, it helps us attract students to Vanderbilt [as well as] faculty and staff," she says. "We ourselves are proud of the work that we do, so it's really focused in that direction."

But despite what some institutions might say, the thrust of national marketing isn't recruiting or even fundraising, says Joel English of the Milwaukee-based marketing firm BVK.

"There are ancillary benefits to an effective national or regional campaign," English says. "That said, during a time in health care where dollars are precious, I don't believe those would be the key reasons for a national campaign. I think the key reason is to attract more patients."

Several teaching hospitals have tried raising their national profiles in recent years. The University of Pittsburgh Medical Center launched a multimillion-dollar campaign in 2005. The University of Michigan Health System has been on NPR; it also bought ads in The New York Times Sunday Magazine.

English says a lot of the impetus comes from shrinking Medicare and Medicaid reimbursements, which put a particular squeeze on teaching hospitals.

"To sustain their research and education and patient care, they have to extend beyond their traditional geographic boundaries," he says. 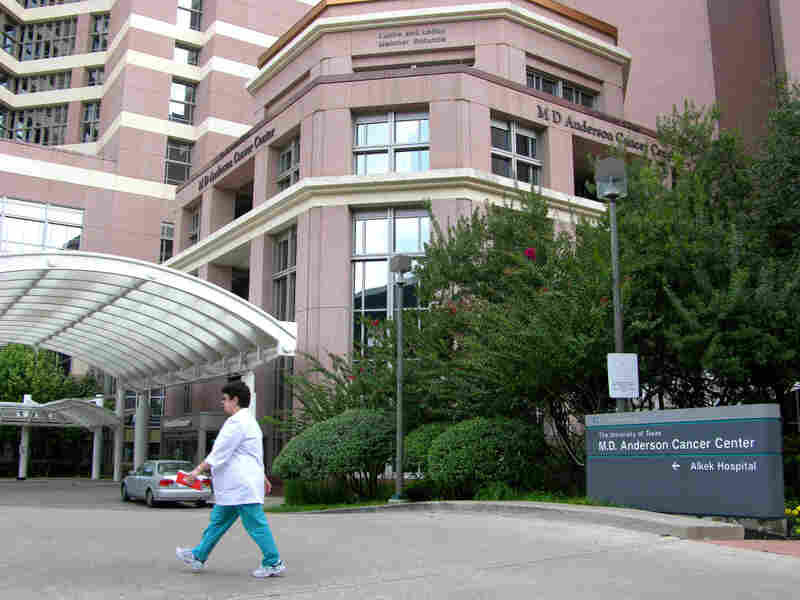 MD Anderson Cancer Center, which is part of the University of Texas, has sought to build a higher profile nationally as it seeks new patients. Aurora Fierro/Cover/Getty Images hide caption 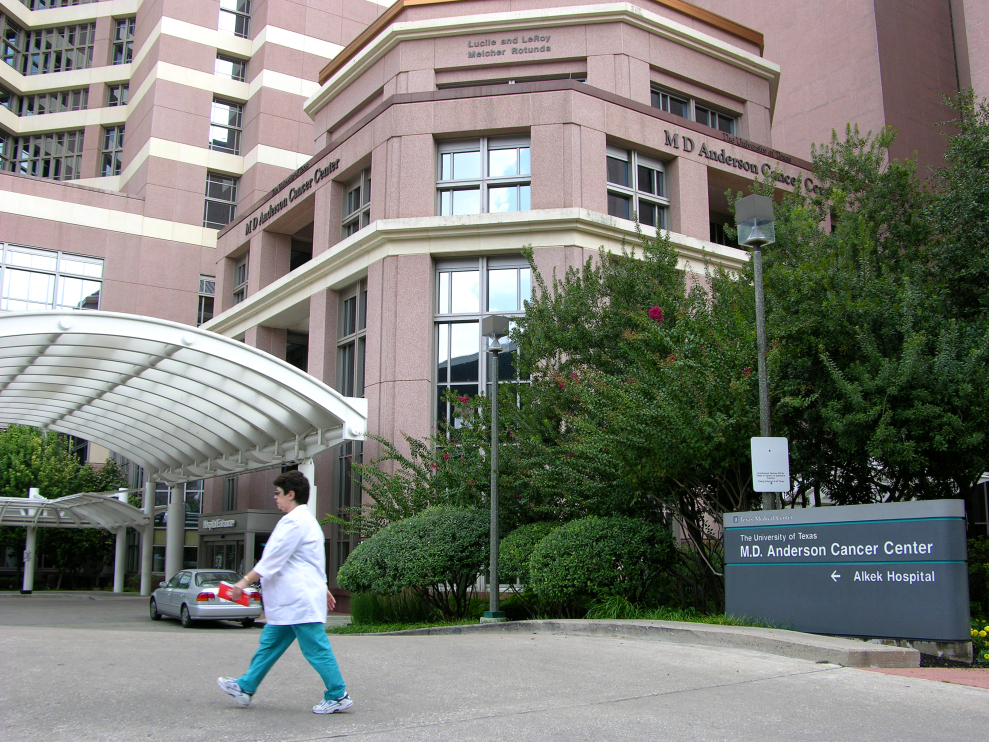 MD Anderson Cancer Center, which is part of the University of Texas, has sought to build a higher profile nationally as it seeks new patients.

The concept is relatively new. Twenty years ago, you wouldn't catch an academic medical center using its name and the term "marketing" in the same sentence, says Betsy Gelb, a University of Houston marketing professor.

"We have gotten to the point where it isn't a dirty word," she says.

Gelb points to nearby MD Anderson Cancer Center, part of the University of Texas. It launched its first national campaign in 2009.

As one ad puts it, "There's only one you, and only one MD Anderson."

The TV spots and print ads are meant for the eyes of patients who've gotten a tough diagnosis. But Gelb says that as much as anything, the institution wants its name in front of physicians who ultimately make patient referrals.

The goals vary, Gelb says, and most are hard to measure.

"You can't necessarily quantify it," she says, as in, " 'Hey, 56 patients came in last year.' But you can say the difference from before to after is significantly positive, or it isn't."

As for the latest to broaden its horizons, Vanderbilt reports a "statistically significant change."

The University of Michigan Health System, however, wasn't exactly thrilled with the results of its national ads. A spokesman says it recently moved its national marketing away from pricey traditional media and to the Web instead.