Accessibility links
Iowa Race Fit Many Convenient Story Lines For Media ANALYSIS: The caucuses are largely an excuse for candidates to try to charm voters for the cameras, and for journalists to harass candidates, voters and the journalists' own audiences. 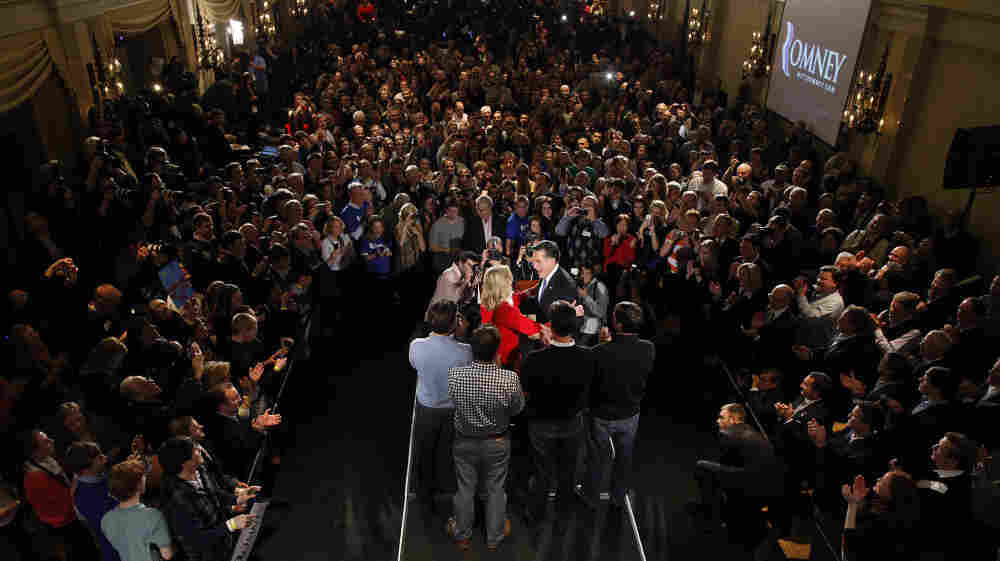 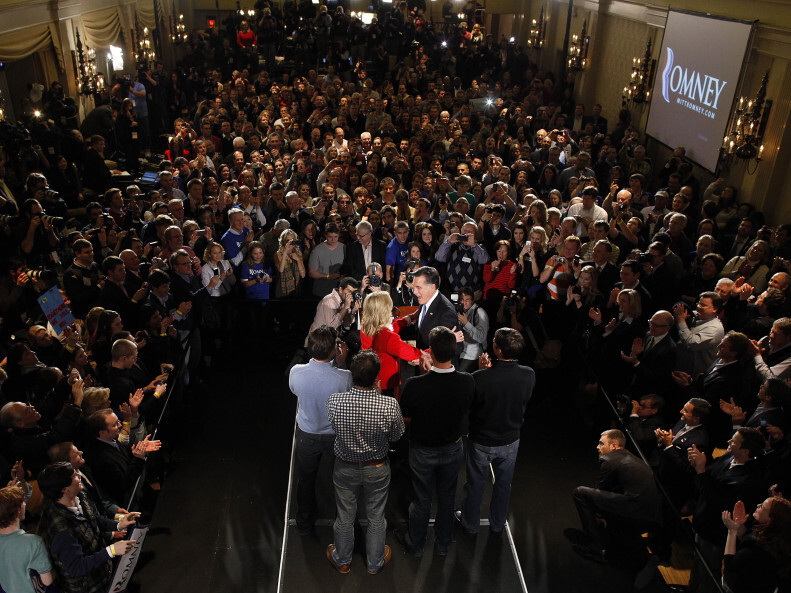 Listen To A Special NPR Podcast

At the start of his show yesterday morning, MSNBC's Chuck Todd could not contain his glee: "It's caucus day. Finally! I've been waiting for this day for 3 1/2 years."

Speak for yourself, Chuck.

In the build-up to the Iowa caucuses, we heard about the ground game, the expectations game, the endorsement game, and the super PACs. And we get the justification: It's blood sport, it's a vetting process, it's a surge, it's a generous slathering of awesome on an Iowa corn dog.

The political game can be all these things and a lot of fun, too. But let's be real: The caucuses are largely an excuse for candidates to try to charm voters for the cameras — and for journalists to harass candidates, voters and the journalists' own audiences.

Herewith, some thoughts after months of watching the media prop up the importance of the Hawkeye State: 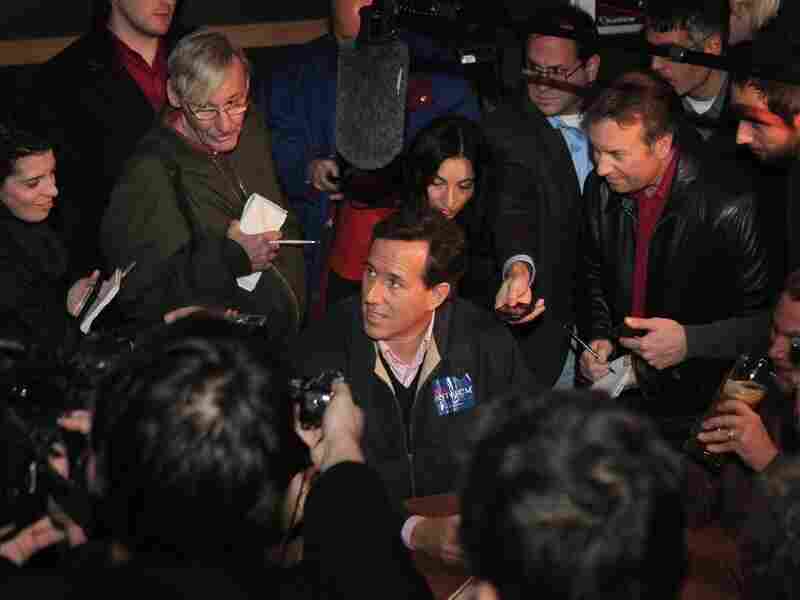 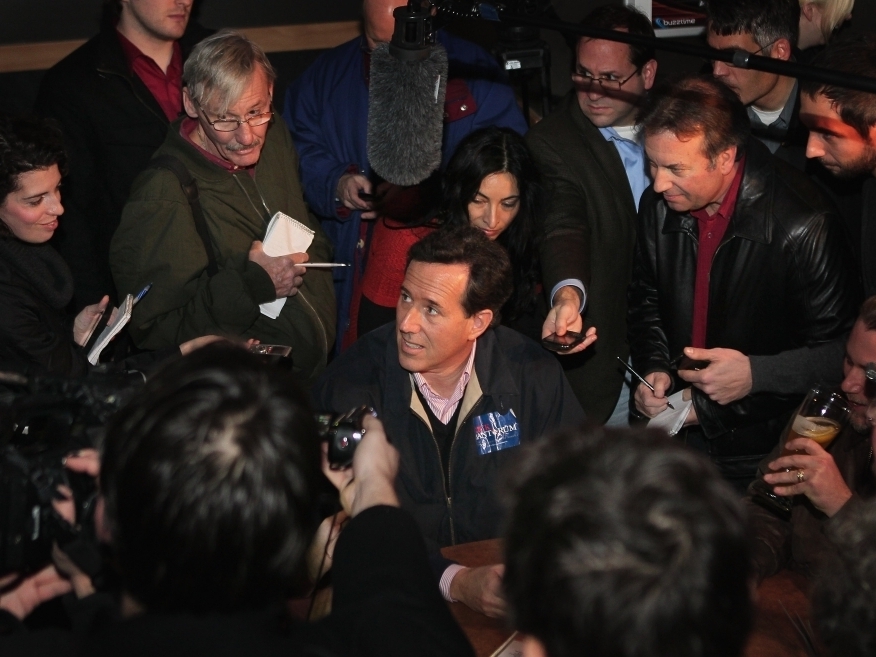 1. Pundits can fit the Iowa caucuses to any story line. Take, for example, the idea that a win in Iowa presages a nomination. For instance, U.S. News & World Report: "A win in Iowa would set in train the scenario [Mitt Romney] coveted in 2008."

Here's how each Republican presidential nominee finished in the Iowa caucuses for each contested cycle: John McCain was fourth in 2008; George W. Bush was first in 2000; Bob Dole was first in 1996; George H.W. Bush was third in 1988; and Ronald Reagan was second in 1980.

If you were to hand out Olympic-style awards for performance in Iowa, those five competitors would have netted two golds, one silver, one bronze and a certificate of participation suitable for framing.

A number of media analysts have suggested second place is about as good as a win. The Los Angeles Times: "Even a strong second-place Iowa showing could give [Rick] Santorum a huge publicity boost and, more importantly, shower him with the money he would need to keep his campaign alive to South Carolina and, potentially, beyond."

Keep his campaign alive, perhaps. But of the past four Republican candidates who placed second in contested caucuses, only Romney ended up playing a role in the primary back in 2008 — and he was steamrollered by McCain.

It's like improv comedy. When someone hands you a prop, pretend it's anything you like to perform the skit you want. The candidates are the prop.

Each new episode, it seems, introduces yet another generally gruesome beast — the Blutbaden (bloodthirsty wolf-men), Jagerbars, (bear-like human-hunters) and Mellifers (venomous hive-dwelling bee creatures). A lot of German blood was spilled in the making of this series.

Anyhow, you meet these interlopers as harmless at the outset and spend the rest of the episode learning of their enthusiasm for violence.

So, in the Iowa edition of Grimm, we had the peppy businessman who ended up being portrayed as the ill-read letch, the brainy former top lawmaker revealed to be the bombastic corporate stooge, and the amiable anti-war libertarian whose past was haunted by racist tracts.

News organizations are desperate to prove they are being respectful of candidates. But they would show more respect for the candidates by giving us a fuller assessment of their prospects and their records.

3. The more granular, the better. The acceleration of the news cycle has compressed and distorted coverage. The proliferation of newer voices online and on the air (e.g. BuzzFeed, BBC America, Current TV, Real Clear Politics, Politico, The Washington Examiner, Al-Jazeera English, the reinvented MSNBC, etc.) has diversified the voices involved. Yet it turns out more journalists are chasing after the same campaigns, the same candidates and the same gaffes.

But even old-school journalists are exploiting new platforms such as Facebook, Twitter and YouTube to post observations of what's happening. The audience can experience the campaign along with the pros — pretty much in real time. Perhaps the most impressive source of up-to-the-second information about the vote count was from a company that does no reporting at all: Google, with its splendid vote-tallying map.

So if you are truly a political junkie — the kind who listens to C-SPAN radio, as I did last night to hear each precinct's returns — there was a lot of great raw data for you to chew on. These days, people don't simply turn to old-line outlets such as The New York Times and The Washington Post. They rely specifically on the Times' FiveThirtyEight blog and The Fix from the Post. 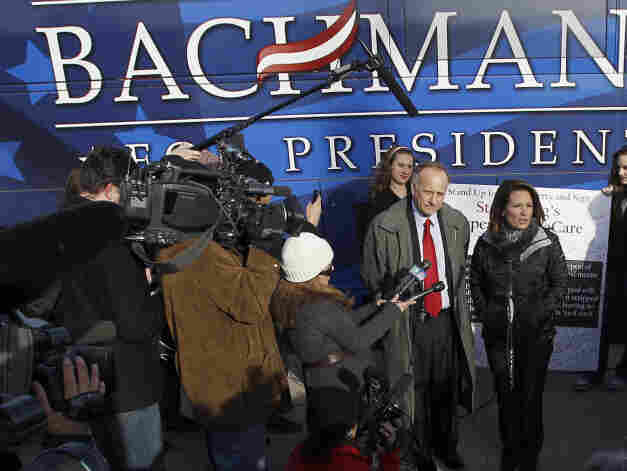 One of my favorite moments yesterday was from Nate Silver, the numbers guru behind FiveThirtyEight. Early in the afternoon, he tweeted: "This is one case where I'd bet against my own model. I REALLY like Santorum's odds tonight, especially vs. his price at Intrade."

Silver wasn't hedging his bets — he was watching the data and making a gut check against his own algorithms.

Intrade, it should be pointed out, is the political futures market where people can buy shares in the prospects of candidates. Despite Santorum's strong showing in Iowa, it was rating his chances last night of winning the Republican nomination at 4 percent.

4. The "Fox News primary" still lives. One common belief held that Fox, the former employer of several of the Republican candidates, intended to dictate a winner this year. Now, analyses suggest FNC Chairman Roger Ailes is pushing for more journalistic rigor for the channel's coverage. A pivotal interview in which Bret Baier pressed a brittle Romney was taken as sealing the argument.

But those theories don't actually conflict. Fox News can presumably appeal to conservatives by rigorously refereeing this intraparty fight.

Is Romney not enough of a true believer for conservatives? Press him instead of giving him a free ride. Cain was an implausible candidate before his withdrawal, but he made the hearts of small-business owners flutter. Fox devoted significant and respectful segments to interviews with him in prime time. Heck, Fox pandered to fans of the pompadoured Donald Trump even more than NBC, the home network of his reality show.

Give any credible national reporter a beer after hours, and you will find no confidence even in an against-the-odds push for Santorum, who was battling late last night for top honors in Iowa. But he received a boost from the top Fox pundit of all: Ailes' big boss, News Corp. Chairman Rupert Murdoch. He fired up a personal Twitter account over the weekend. Among his inaugural missives: "Can't resist this tweet, but all Iowans [should] think about Rick Santorum. Only candidate with genuine big vision for country."

Hmmm ... Wonder what odds Intrade would have now on a beefed-up Fox News contract for Santorum?