Accessibility links
Miss. School Struggles To Adapt To Rise In Spanish Speakers Vardaman Elementary is about to become Mississippi's first predominantly Hispanic primary school, but it is still struggling to find teachers who can help its Spanish-speaking students adjust to the American classroom. 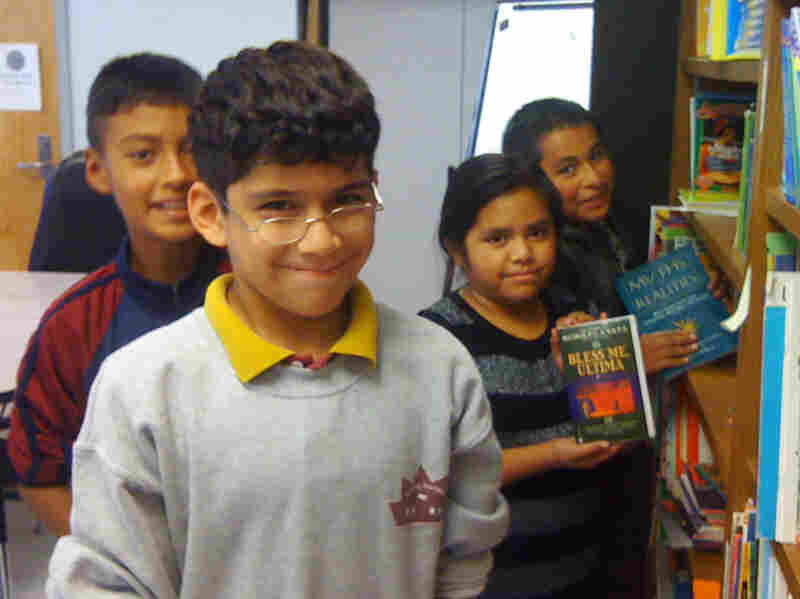 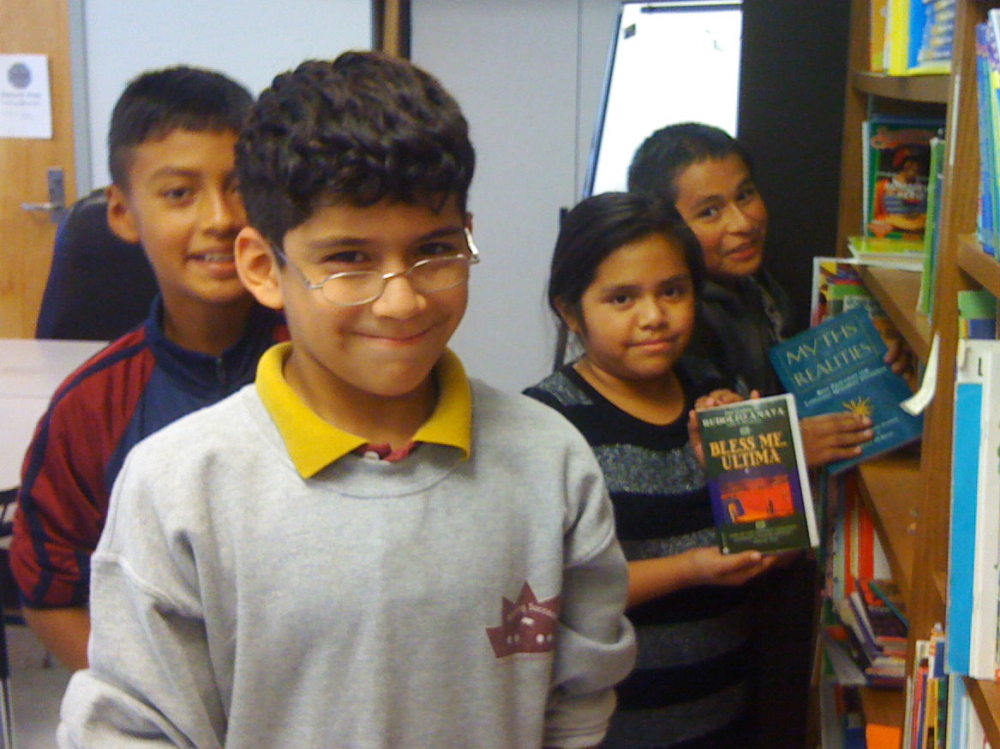 Year over year, the number of Spanish-speaking kindergarteners at Vardaman Elementary School in northeast Mississippi has been on the rise.

Census numbers show the South has the fastest-growing Hispanic population in the country. Now, Vardaman Elementary is about to become Mississippi's first predominantly Latino primary school, and that's posing special challenges when it comes to finding teachers who can help Spanish-speaking students adapt to the American classroom.

Vardaman Takes Its Own Approach

Resources are scarce in the school's small farming community of Vardaman. But of the town's approximately 1,300 residents, at least one-third are Hispanic — and that number is growing.

Over at Vardaman Elementary, many of Angela Barnette's second-grade students are American-born, but close to half are also native Spanish speakers. It's a language Barnette doesn't speak, but she does her best to encourage it. She says she often picks books with English and Spanish words to read to the class.

"They love it when they see the teacher who can't speak [Spanish]," Barnette says. "It makes them feel special that they can say those words and the others can't. They love that."

Across the country, debate continues over how best to teach English-language learners. Some states, like Arizona, have English-immersion policies mandating that no Spanish be spoken in the classroom. Other states, such as Texas, use a bilingual approach. Mississippi leaves it up to individual districts to determine the best method.

The 'Cyclical Issue' Of Bilingual Education

"I had one position for a certified teacher open last year and I interviewed 10 people," Lee says. "No one in that pool of 10 people was bilingual."

Teachers are already in short supply in Mississippi's rural areas, and Lee says a starting salary of less than $30,000 makes it even harder to recruit bilingual educators.

She says she ultimately filled the opening with a non-bilingual teacher. After all, Mississippi doesn't actually require schools with Spanish speakers to employ bilingual instructors.

"Bilingual instruction isn't valued, so teachers are not pursuing that credential," Hopkins says. "My work shows that likely, [as] we have fewer and fewer [bilingual instructors], that may not be a good thing for kids."

Hopkins, who studies at Northwestern University, says schools need Spanish-speaking educators to help create the next generation of bilingual doctors, executives and teachers.

"It's sort of a cyclical issue," she says.

Annie Anderson is Vardaman Elementary's one bilingual teacher, and as the Hispanic population has grown, so have her responsibilities. Her job is to improve the English of every Spanish-speaking student at the school, which means coaching 170 students one by one through their English assignments every week.

It's a big job for one person, and it has educators worrying that if they can't find more bilingual teachers like Anderson, Mississippi schools will just fall further behind.