Accessibility links
State Department Sends 'Chai' Comedy Tour To India Three comics, all Indian-American, will play seven cities in the land of their parents' birth. On the bill: politics, gender roles and religion. 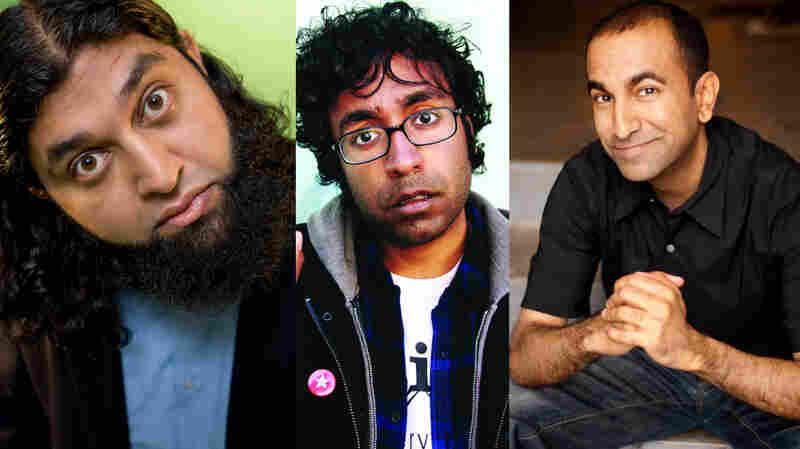 Azhar Usman (left), Hari Kondabolu and Rajiv Satyal are heading to India for the Make Chai Not War comedy tour. Courtesy of the artists hide caption 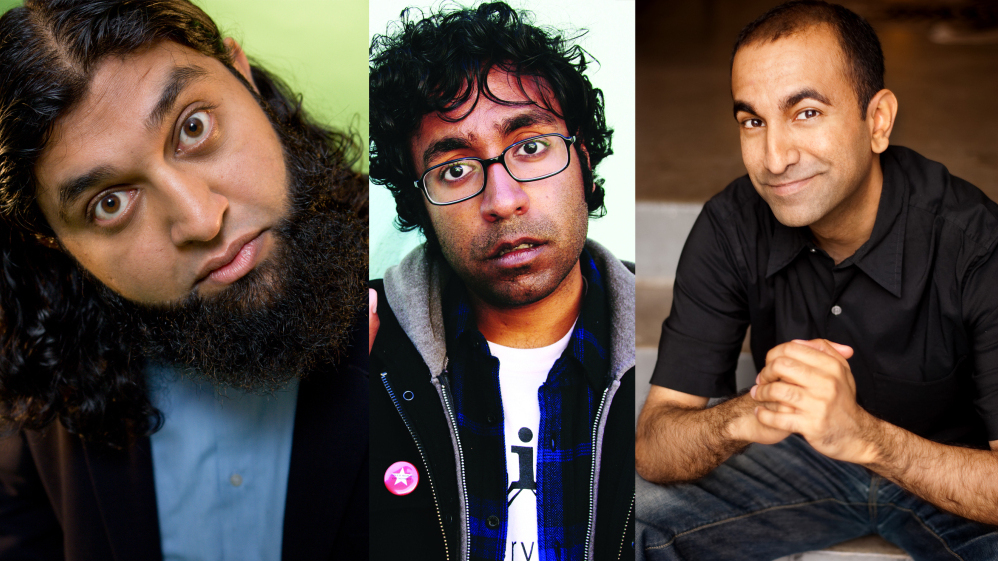 Azhar Usman (left), Hari Kondabolu and Rajiv Satyal are heading to India for the Make Chai Not War comedy tour.

"Diplomacy with a laugh," is how you might describe one of the U.S. State Department's latest efforts to promote American culture abroad.

This week, three Indian-American comedians began a seven-city tour of India called Make Chai Not War. But apart from their shared Indian heritage, these three comedians have very different styles.

Rajiv Satyal, a former marketer for Procter & Gamble, is waif-thin and nearly bald. He was raised in southwest Ohio and says his "TV-clean act resonates with Middle America."

Azhar Usman, from Chicago, is big and burly, with long hair and a full beard. He likes to tell audiences that "I'm fully aware that most of you have never seen someone like me smile."

And Hari Kondabolu, from Queens, N.Y., is edgy and cerebral. One of his jokes likens a bad relationship with an aggressive English woman to the British colonization of India.

Satyal started Make Chai Not War in 2007 to give Indian-American comics a platform. Usman says so far they've performed a handful of shows around the U.S.

When Usman was performing in London a few years ago, he caught the attention of Michael Macy, who at the time was the cultural attache for the U.S. Embassy there. Macy thought Usman was hilarious, so when he moved to a post in New Delhi, he brought Usman over for a solo tour of India. That got the ball rolling to bring Make Chai Not War to India.

The tour for the three comedians is costing about $88,000 — which might prompt questions about why the State Department is sponsoring stand-up comedy. Macy says it's because stand-up is a unique part of American culture.

While all three comedians have visited extended family in India, Usman is the only one who's performed there. Since so much of comedy is about cultural references and language, Hari Kondabolu says, he's as nervous as his is excited. He might have Indian roots, but he is very much an American.

"Part of what we do as comedians — or at least what I do — is to figure out where those boundaries are and see what I want to push, because I'm trying to make a point. And I don't really know where the boundaries are in another country," he says.

So he's been reading up on Indian news "and chatting with my mom a lot," he says. She's originally from Hyderabad.

Usman says there will be no State Department censorship on this tour.

"We're invited over there as artists. The whole premise of a tour like this is that we are comedians. We enjoy freedom of speech. And, as Americans, we can say whatever we want to say," he says.

All three comedians say it's a thrill to be able to perform in their parents' homeland. And diplomatic ambitions or no, Satyal says the real goal of the Make Chai Not War tour of India is simple: some great new jokes and hopefully a lot of laughs.