Accessibility links
Solar Panels Compete With Cheap Natural Gas With new, affordable supplies of natural gas coming to market, renewable forms of energy are having difficulty competing. Electricity prices are down, which means it now takes longer for people who installed solar panels to recover their investment. 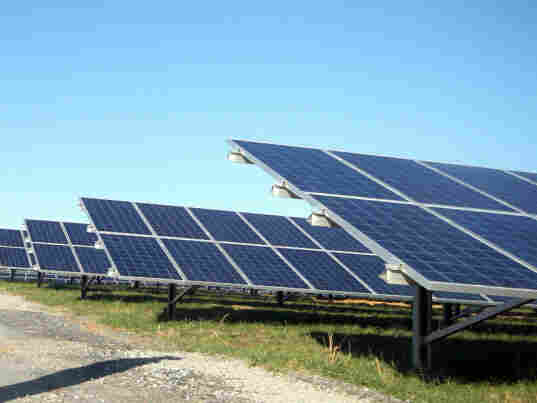 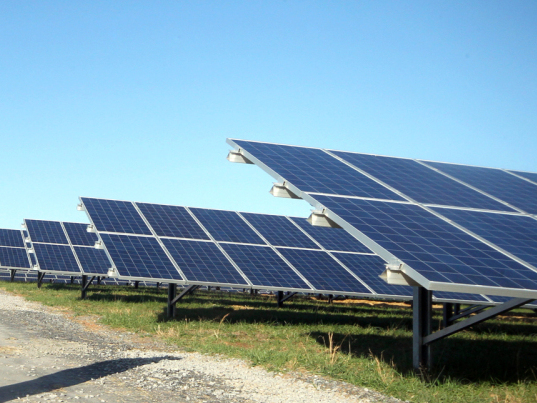 Rows of solar panels at a solar farm in Kings Mountain, N.C.

Renewable energy is growing rapidly in the U.S., with wind and solar industries enjoying double-digit growth each year. Part of that growth comes from more homeowners choosing to install solar panels.

With government subsidies, some people can even make a financial argument for installing the panels. But in recent years, the price of one fossil fuel — natural gas — has declined so much that solar panels are having difficulty competing.

The reason natural gas prices have fallen is because production is way up, thanks to hydraulic fracturing. Fracking, as it's called, is a controversial drilling technology that some say harms the environment. But the process has also made it possible to extract oil and gas once thought to be trapped in rock too deep underground for drillers to reach.

Due in large part to a combination of fracking and horizontal drilling, there's been a nearly 30 percent increase in the amount of natural gas produced in the U.S. since 2005.

"We've got a classic situation of supply and demand," says Kathryn Klaber, president of the Marcellus Shale Coalition, an industry group based outside Pittsburgh.

Natural gas demand has not gone up as quickly as supply, and Klaber says the price has dropped.

This has allowed utilities that burn natural gas to produce electricity to hold the line on rates. For most of us, that's a good thing, but for those who've installed solar panels, it makes that investment less of a bargain.

Barbara Scott had 21 solar panels installed last March on her house in Media, Pa. Scott's family was the first in the community, and she was prepared to evangelize, "We can have open houses and write newsletter articles and promote the idea of solar," she said. But that was before the economics changed.

With government rebates and tax incentives, Scott says, her family spent $21,000 to install the system. She figured it would take eight years to recoup that investment. 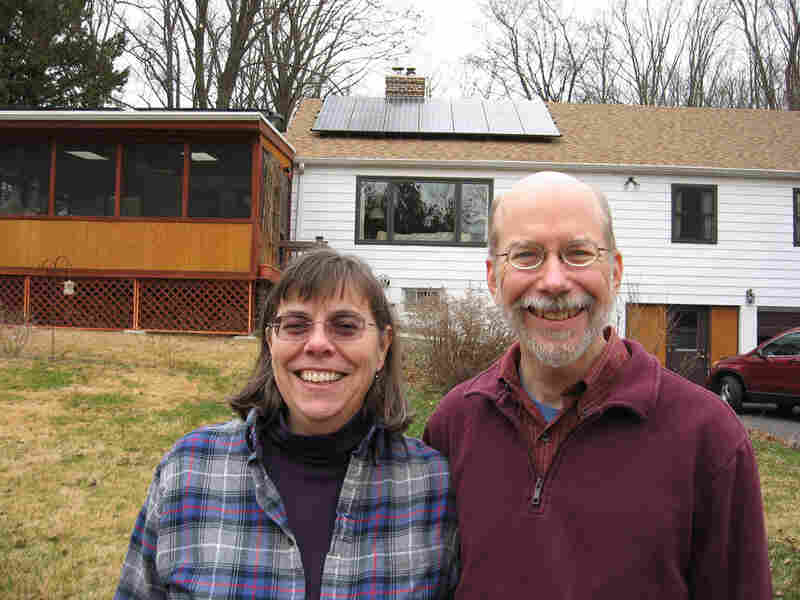 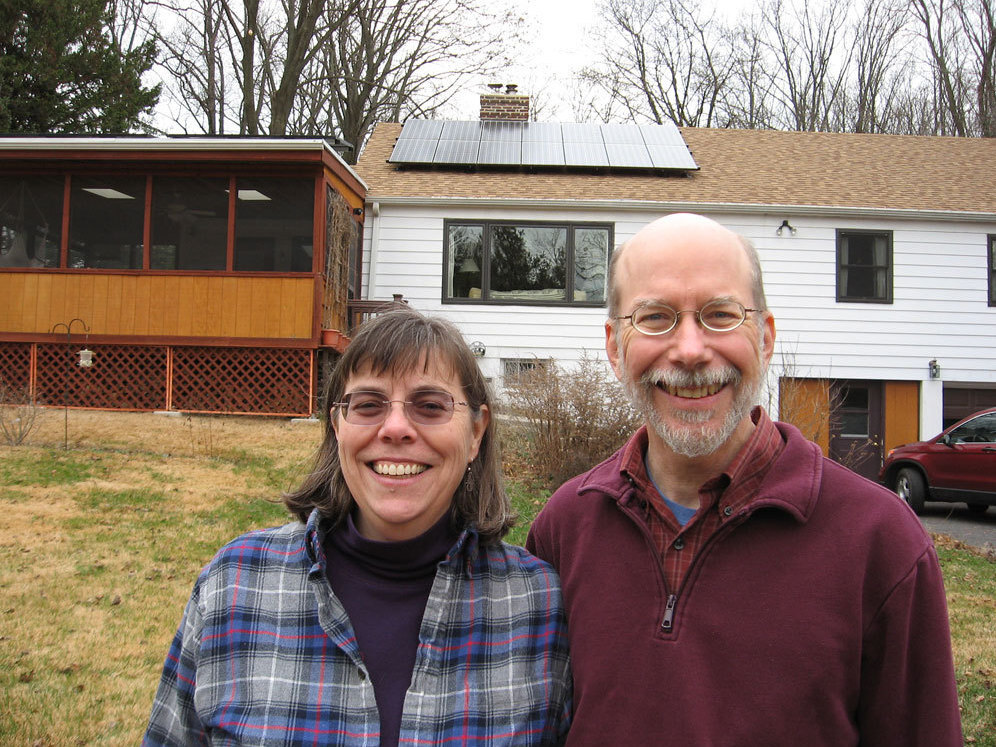 Barbara Scott and Mac Given in Media, Pa., had 21 solar panels installed last March. With government rebates and tax incentives, Scott says, her family spent $21,000 to install the system.

A lot of other people had the same idea at the same time, which sent the price of solar energy credits down sharply in Pennsylvania. Scott says that added another seven years to the payback period.

On top of that, Scott says, electricity rates aren't going up as quickly as she thought they would, thanks in part to low natural gas prices.

"So that, again, adds another two years to our payback period," she says. "We're up to 17 years, which is, essentially, the life of the system. And we haven't even considered what happens if the system breaks or what it's going to cost to take the system off the roof and dispose of it. "

Despite this, Scott says she's still happy to have the panels on her house.

"But now, knowing it's — at best — a break-even proposition, we're not so comfortable telling other people to do it," she says.

Her experience raises questions about the viability of much larger, utility-scale solar projects built in recent years. But for them, the balance sheet looks different.

"They get a fixed price contract with a utility or somebody else who will buy that power from them," says Richard Caperton, director of clean energy investment at the Center for American Progress. Or with utilities, "they get to roll that into a rate base and recover that cost from electric power consumers."

Caperton says what's more interesting is to think about the wind, solar and even nuclear plants that are not being built now because producing with cheaper natural gas is more attractive to investors.

But natural gas prices could rise again quickly. If that happens, solar panels may seem like a good investment once again.