Accessibility links
How Fracking Wastewater Is Tied To Quakes Small earthquakes in Ohio and Arkansas associated with hydraulic fracturing for natural gas have taken many people by surprise. Gas industry executives say there's no hard evidence that their activities are causing these quakes. But some scientists say it's certainly possible; in fact, people have been causing quakes for years. 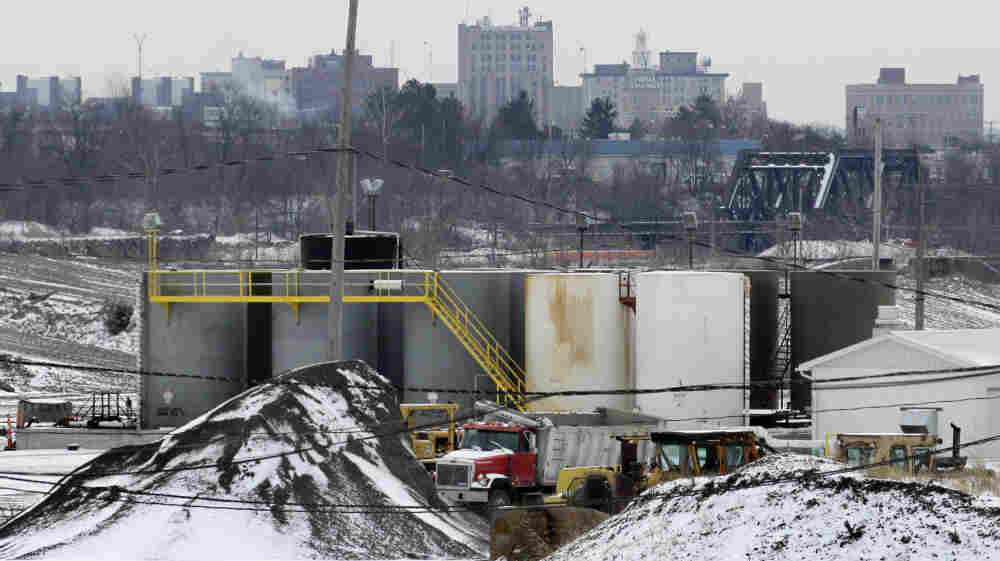 With the skyline of Youngstown, Ohio, in the distance, a brine injection well owned by Northstar Disposal Services LLC is seen in Youngstown on Jan. 4. The company has halted operations at the well, which disposes of brine used in gas and oil drilling, after a series of small earthquakes hit the Youngstown area. Amy Sancetta/AP hide caption

Small earthquakes in Ohio and Arkansas associated with hydraulic fracturing for natural gas have taken many people by surprise. Gas industry executives say there's no hard evidence that their activities are causing these quakes. But some scientists say it's certainly possible; in fact, people have been causing quakes for years.

In the 1960s, geologists realized that gold mines in South Africa had created small earthquakes. Caverns dug into the earth thousands of feet below the surface collapsed. The "pancake" effect caused quakes — in one case a magnitude-5.2 temblor.

Since then, scientists have found that even pumping water away from underground mines (to keep them from flooding) changes the dynamics of stress in rock formations enough to trigger a quake.

Some rock is saturated with water — the water occupies pores between rock particles. This creates what's called "pore pressure" and keeps the formation in a sort of equilibrium. If you suck the water out, particles tend to collapse in on themselves: the rock compresses. Add water, and you push particles apart. So moving water around underground can affect the stresses on those formations.

Hydraulic fracturing pumps a lot of water underground, where it's used to crack the rock and liberate gas. This may cause tiny quakes, but fracking goes on for a day or two, and the quakes are small.

Fracking Byproducts May Be Linked To Ohio Quakes Jan. 3, 2012

Recent quakes reported in Ohio and Arkansas are associated with wastewater wells, not fracking wells. The water first used in fracturing rock is retrieved and pumped into these waste wells, which take in lots of water. And at more than 9,000 feet deep, the water is under high pressure that can build up over months or years. It's this pressure that can actually create earthquakes.

In the 1960s, a wastewater well in Colorado at the Rocky Mountain Arsenal is believed to have been the trigger for a magnitude-4.8 quake.

A few geologists are familiar with these induced or triggered quakes. They're rare and usually small, but now fracking is creating thousands of wastewater wells, often in heavily populated areas that historically have not been seismically active. That means even small quakes get noticed.

Shipping Wastewater Out Of State 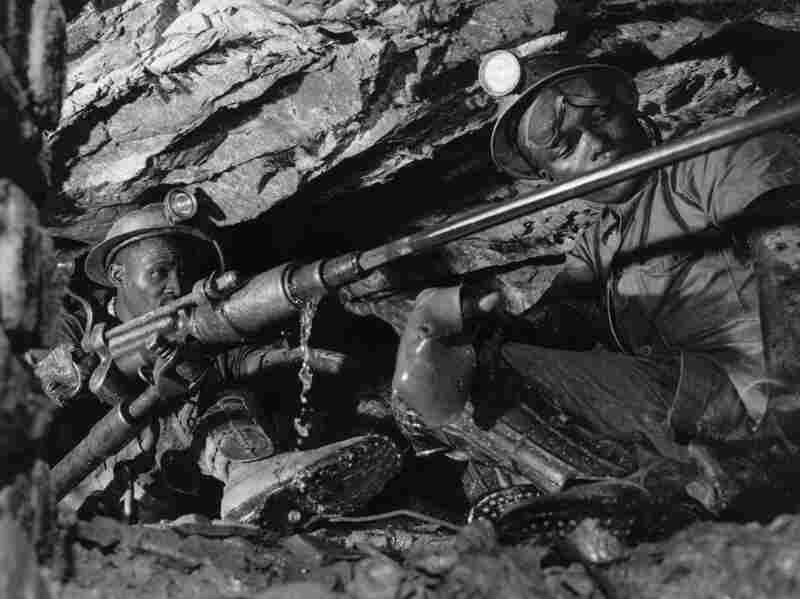 For decades, scientists have known that activities like mining, drilling and building dams can create earthquakes. As early as the 1960s, observers noted that deep-earth gold mining changed the stresses in rocks and caused earthquakes. Above, miners drill into the rock at the Sub Nigel East Gold Mine in Johannesburg in 1961, more than 6,000 feet below ground. Ron Stone/Getty Images hide caption

It can be hard, even then, to definitively nail down the source of a quake. And there are several ways big infrastructure projects can create them: People have created quakes when they excavate quarries — removing all that rock, or "overburden," changes the vertical stress on rock and the faults below. Likewise, dams increase the stress below when a lake is created. The Aswan Dam in Egypt and another in India are believed to have triggered quakes.

One way to avoid creating earthquakes is not to inject fracking wastewater into waste wells, but to recycle it instead. The state of Pennsylvania tried that, but they found that wastewater treatment plants couldn't get all of the toxic material out of fracking water, and the "cleaned up" water returned to rivers wasn't clean enough. So well operators in the state decided to ship wastewater to Ohio, where it has been going down into wells.

The U.S. Geological Survey is working on ways to head off quakes from wastewater wells. That would include performing seismic surveys before drilling the wells. Permeable rock like sandstone is better than hard, brittle basement rock that is riddled with faults. Operators might also limit the amount of water going into wells: USGS geologists have learned that the more water injected, the bigger an ensuing quake.