Accessibility links
This Tea Party ROCKS! And Wants To Cash In A Canadian rock band named The Tea Party has owned the domain name TeaParty.com since the early 1990s. Now, with seemingly no shortage of would-be buyers, the band has decided to sell to the highest bidder. Between its traffic numbers and its search value, it could be worth more than a million dollars. 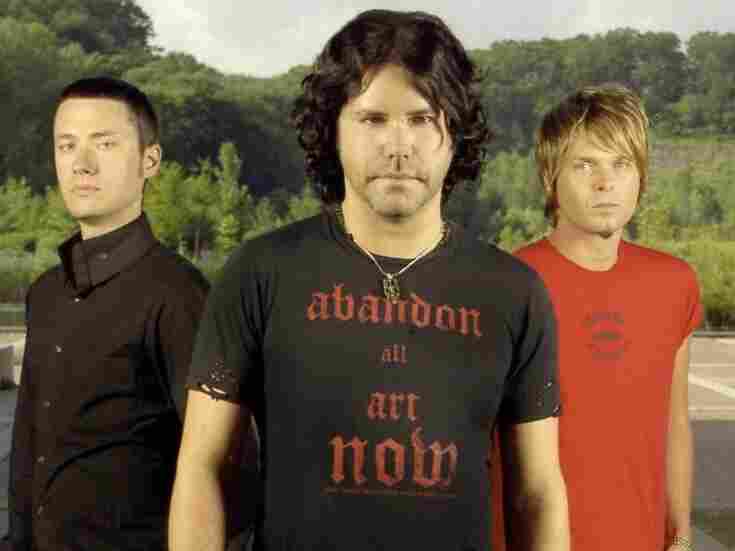 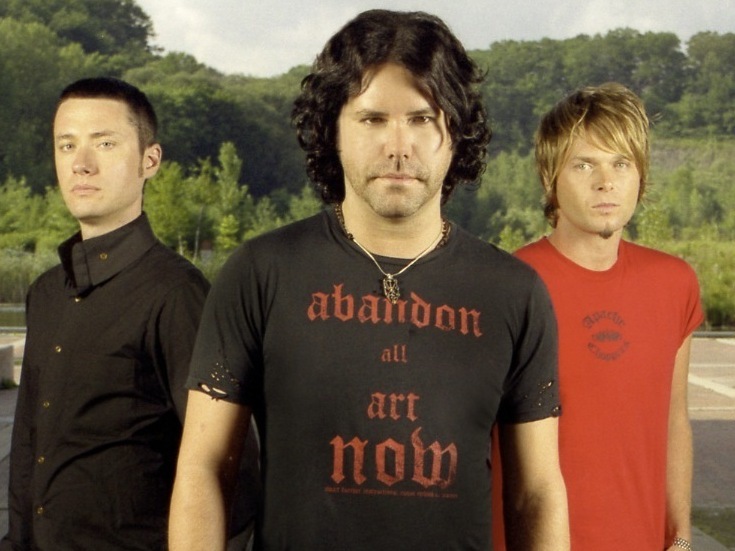 If you direct your browser to TeaParty.com, you will not find a site devoted to the political movement of the same name. What you will find is the Internet home of The Tea Party, a Canadian rock band that has owned the domain name since the early '90s.

Now, with seemingly no shortage of would-be buyers, the band is hoping to cash in.

The Tea Party may not be well-known in the U.S., but they're pretty big in Canada. They got started in Toronto in 1990 and took their name from the poetry and hash-smoking sessions of Beat Generation writers Allen Ginsberg and Jack Kerouac. By the early 2000s, The Tea Party had recorded eight albums, toured the world and sold 1.6 million records. They broke up in 2005, then got back together; and all along, the band got offers to sell its website.

"There [were] a bunch of small people kicking the tires and seeing if we'd be interested," says Tea Party bassist Stuart Chatwood. "But the first real political offer came in this summer."

Chatwood doesn't want to say who made that offer, but he will say it was "significant."

"It had a mid-seven-digit back-end to it, and it was like, whoa — all of a sudden we realized that, you know, our little house that we had built happened to be sitting right on top of a gold mine."

Selling To The Highest Bidder

Chatwood won't say much about his politics, except that he's very happy with his Canadian socialized medical care.

He says his first thought was to sell the site to Jon Stewart or Stephen Colbert, but when that didn't work out, the band decided to simply sell to the highest bidder. They hired domain-name broker Sedo, which sold Sex.com for $13 million in 2010, to help them out. Sedo spokeswoman Kathy Nielsen says she doesn't think TeaParty.com will fetch as much as Sex.com did, but — between its traffic numbers and its search value — it could still be worth more than a million dollars.

"Say it's a Tea Party group that needs it for fundraising," Nielsen says. "They can make a business case out of it."

Others are predicting a more modest price, in the low- to mid-six figures.

"This is one of those types of domains where shelf life or timing is so critical," says Bill Sweetman, general manager of Yummy Names, a company that connects companies with domain names. "Right now, the domain looks like it might be worth a lot. But after the election, this domain could be worth almost nothing. So it's a bit of a gamble.

Another big question is where the money will come from. The Tea Party movement doesn't have a centralized, top-down organization, and some of the better-funded groups — like the Tea Party Express and the Tea Party Patriots — already have websites. Sweetman says those groups will still have to consider buying TeaParty.com, if only to block their political rivals from doing the same.

"How much would they pay to keep this out of the hands of another group or a party or somebody that wanted to put up sort of an anti-Tea Party website at that great domain name?" he says. "Keeping it out of the hands of the wrong people is certainly worth something to them. How much? Time will tell."

No matter what happens, the proposed sale has already worked out well for the band. The Tea Party reunited last year and went back on tour for the first time in six years. Bassist Stuart Chatwood says all the unexpected media attention on the band's website certainly helped promote those shows, but in the end the site is probably worth more to somebody else.

"As a band, we rely on Facebook and Twitter," he says. "The website is still very important, but we can easily rename our website to something else and continue on, business as usual. But to someone else, just the purity of TeaParty.com is just so valuable."

The Tea Party's broker expects a deal to close in the next few months, so the next time you click on TeaParty.com, the site could be singing a very different tune.