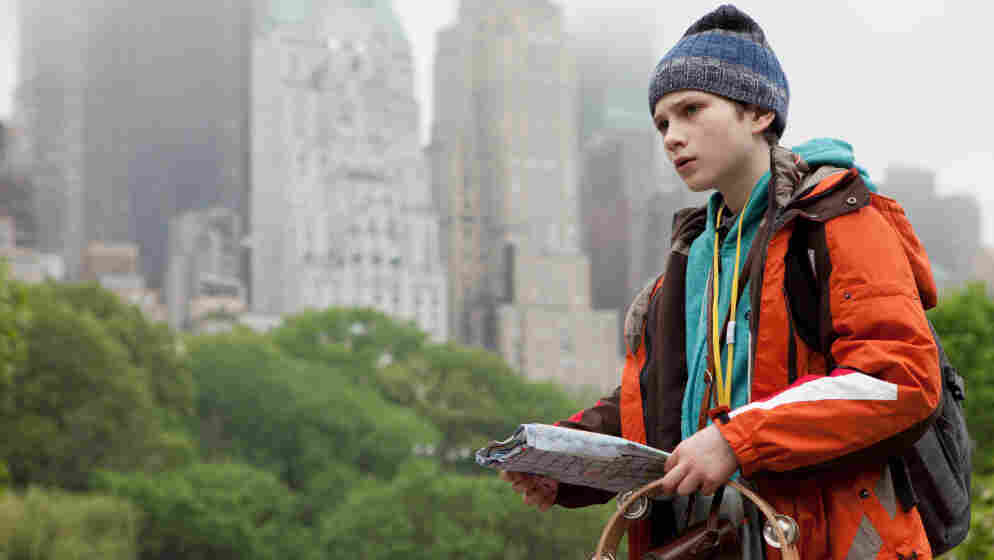 A year after his father's death in the World Trade Center, 11-year-old Oskar Schell (Thomas Horn) sets out on a citywide scavenger hunt to find a missing lock that he hopes will reveal a message from his dad. Francois Duhamel/Warner Bros. Pictures hide caption

From 'Extremely Loud and Incredibly Close' - 'Something Worth Finding'

From 'Extremely Loud and Incredibly Close' - 'Did You Know My Father?'

'Did You Know My Father?'

Some critics are indignant over Stephen Daldry's film of Jonathan Safran Foer's book Extremely Loud and Incredibly Close. They say the appropriation of Sept. 11 for such a sentimental work is exploitation.

It is a knotty issue. I think Foer wasn't writing about Sept. 11 so much as using it to explore themes he introduced in his Eastern Europe-set debut, Everything is Illuminated. That book had an American trying to come to terms with the legacy of his Jewish forefathers, to counter the elusiveness of memory; Extremely Loud also has a son hunting for clues. Eleven-year-old Oskar Schell struggles to find meaning after his dad dies in the World Trade Center.

In his lifetime, the father devised puzzles and scavenger hunts to force his fearful son into the world, and Oskar's convinced there's a message at the finish line of his dad's final challenge. Cryptic communication between other fathers and sons shows up throughout the book, along with accounts of other attacks, like the bombings of Dresden and Hiroshima. Foer also prints blurry photos of a figure in midleap from the World Trade Center — they're items in young Oskar's Sept. 11 scrapbook.

In the film of Extremely Loud and Incredibly Close, screenwriter Eric Roth eliminates other characters' perspectives along with some of the boy's more cutesy tics, and finds a middle ground between jumpy postmodernism and formula uplift. The movie works you over. The first thing on-screen is a body — you can't see whose — falling in slow motion through the air, and it made me want to flee: It was too much horror, too fast.

The other wrenching device is a series of six answering-machine messages left by the father, played by Tom Hanks, after the planes hit, his calm assurances increasingly less convincing. For reasons only later apparent, young Oskar, played by Thomas Horn, replaced that machine with an identical model and lied to his mother, played by Sandra Bullock, about calls that came in before she got home. It's the last message he can't bear to share, and it's withheld from us, too — a kind of dramatic striptease — until the end. And yes, it's devastating. 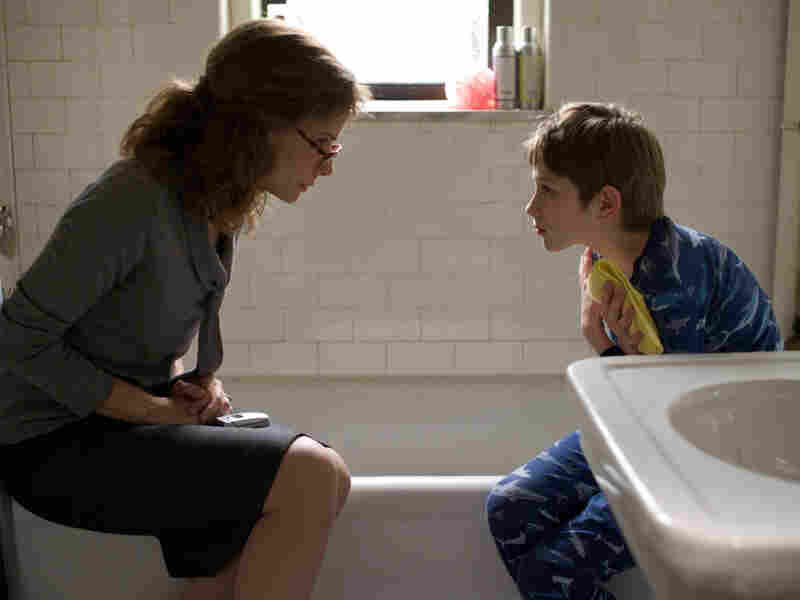 Oskar lies to his mother, played by Sandra Bullock, about a series of phone messages left by his father on the morning of Sept. 11, 2011. Francois Duhamel/Warner Bros. Pictures hide caption 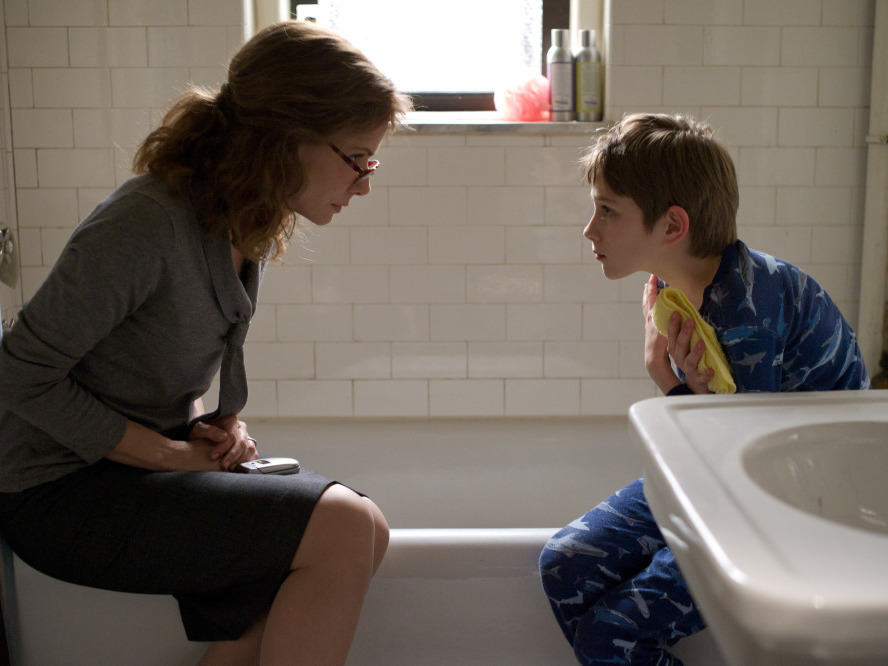 Oskar lies to his mother, played by Sandra Bullock, about a series of phone messages left by his father on the morning of Sept. 11, 2011.

Horn was discovered on Kids Week on Jeopardy!, and he's not really an actor — more of an intelligent reciter. Fortunately, Oskar is supposed to be a kid with no social graces. When he finds a key in a vase in his dad's closet in an envelope with the word "Black," he decides to visit every "Black" in the phone book — all five boroughs.

The parade of photogenic multiracial blacks does get tedious, but the cinematography by Chris Menges gives every neighborhood its own distinctive color and character. And the boy is accompanied in later visits by a mute, elderly man known as the Renter, a guest in the apartment of Oskar's German grandmother and played by Max von Sydow.

The inception of his muteness is chronicled in the book but not the film, and it could have seemed precious if von Sydow, now 82, didn't have such gravity. He's a tragic figure, yet there's a bit of Stan Laurel in his weary shrugs: He makes this man an irreducible mixture of father and child. The other actors — Hanks and Bullock and Viola Davis and Jeffrey Wright — aren't as lucky: They have dialogue. But they're suitably somber, like guests at an important funeral.

The problem with Extremely Loud and Incredibly Close is that once the filmmakers strip away the novel's postmodern pastiche and tack on an inspirational Hollywood ending, what's left — this story of a boy's search for a lost father — doesn't fully mesh with Sept. 11, and doesn't fully earn the right to use such terrible images from our recent past. Extremely Loud and Incredibly Close is extremely powerful and incredibly manipulative. When you dry your tears, you might feel, as I did, angry.