Accessibility links
The Fiery Vision And 'World' Of Tomas Transtromer Enter the haunting imagination of the 2011 Nobel laureate, whose Swedish-language poems — rich in silence and metaphor — survive translation particularly well.

The Fiery Vision And 'World' Of Tomas Transtromer

The Fiery Vision And 'World' Of Tomas Transtromer 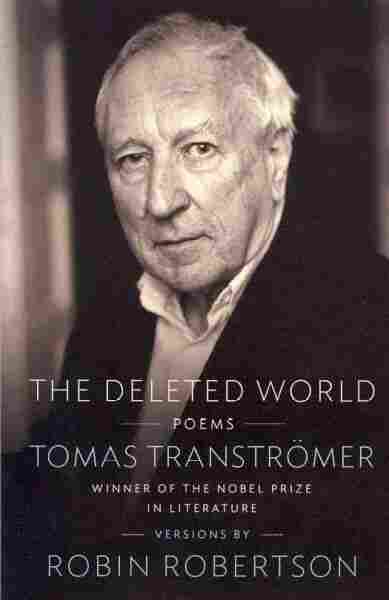 Even before he won the Nobel Prize for Literature in 2011, the Swedish poet Tomas Transtromer had devotees in America: His haunting coastal scenes, sad quips, quick cuts and sudden silences came to these shores in the 1960s, when Robert Bly and others began to translate his unsettling, compact poems.

At least five other English-language poets have tried to render Transtromer since. The Deleted World, translated by the Scottish poet and publisher Robin Robertson, is the latest, and it sounds great.

Robertson grew up in Aberdeen, whose cold, rocky coast punctuates his own verse. The Deleted World stands out for its attention to Transtromer's northerly forest and sea, and for the balance and nuance in its lines: Robertson's "relatively free versions" feel and sound like English-language poems. (Robertson does not speak Swedish, but worked with a speaker, a friend of Transtromer's, instead.)

Robertson's taciturn Transtromer excels at depictions of season and scene. In "A Winter Night," "The storm puts its mouth to the house / and blows to get a tone ... The house feels its own constellation of nails." (Bly instead has the storm "make a sound"; Robin Fulton has the storm less happily "produce a note." In another poem of winter, "footprints grew old out on the ice-crust. / Under a tarpaulin, language was being broken down." 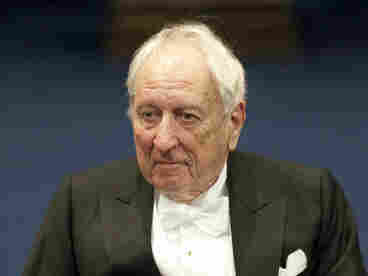 Most poems devote short units to one character or one place. Usually they are places of darkness and absence. A tugboat, too far from a harbor to do much good, looks like "a heavy burnt-out lamp, tipped over in the cold"; a bus on a road at night becomes "a flickering ship in the pine forest / on a road as narrow and deep as a dead canal."

Though famous in Sweden since the 1950s, Transtromer avoided professional literary life, working as a psychologist treating criminals and juvenile delinquents. In 1990, he suffered a major stroke, though he kept on — slowly — writing poems. Though they use only words familiar from conversation, the poems suggest language taken up slowly, creating spaces free of clutter and chitchat. The spirit that enters those spaces may console us, or just remind us of the void. "Midwinter," completed after his stroke, evokes "a silent world" with "a crack / where the dead / are smuggled over the border." Who or what does the smuggling? We cannot see.

One signature poem takes place just after a car wreck: The poet was driving and feels that he barely survived — "I sat back in my seat-belt / and watched someone tramp through the whirling snow / to see what was left of me." In such an understated, frightening phrase, the poet seems almost absent from himself and from our common world. And yet he can lead us back to that world, too; more than one page ends with spring, with regrowth or rebirth.

More than most poets, Transtromer survives translation, since his effects so often come from metaphors, images and situations. Other effects come from silence, from negative space: Few readers object to the brevity of his best-known poems.

You might, though, object to the brevity of this book — with the original Swedish on facing pages, and a brief prose introduction, The Deleted World holds just 18 pages of verse in English. Though it spans Transtromer's career, The Deleted World also scants his range, slighting longer poems, poems about international travel and poems devoted to classical music, for example, in order to give the spare northern scenes a clear view.

Transtromer never sounds satisfied with life; he highlights gaps and traces, points where human vision recedes or falls short. You might not be satisfied with The Deleted World; you might seek Bly's ampler selection, for example, or chase down the book-length poem Baltics. Nonetheless, The Deleted World is a fine introduction to a poet whose work will endure, and who sounds good — as so many poets cannot — in a language not his own.

Stephen Burt is professor of English at Harvard. His books include The Art of the Sonnet, with David Mikics; and Close Calls with Nonsense: Reading New Poetry. His next collection of poems, Belmont, will appear in 2013.