Accessibility links
Group Singalongs Provide Comfort For A Livelihood Lost Barre Toelken had memorized some 800 antique songs before a stroke wiped them out. Now he's slowly re-learning them, with the help of a group that comes to sing with him every week. 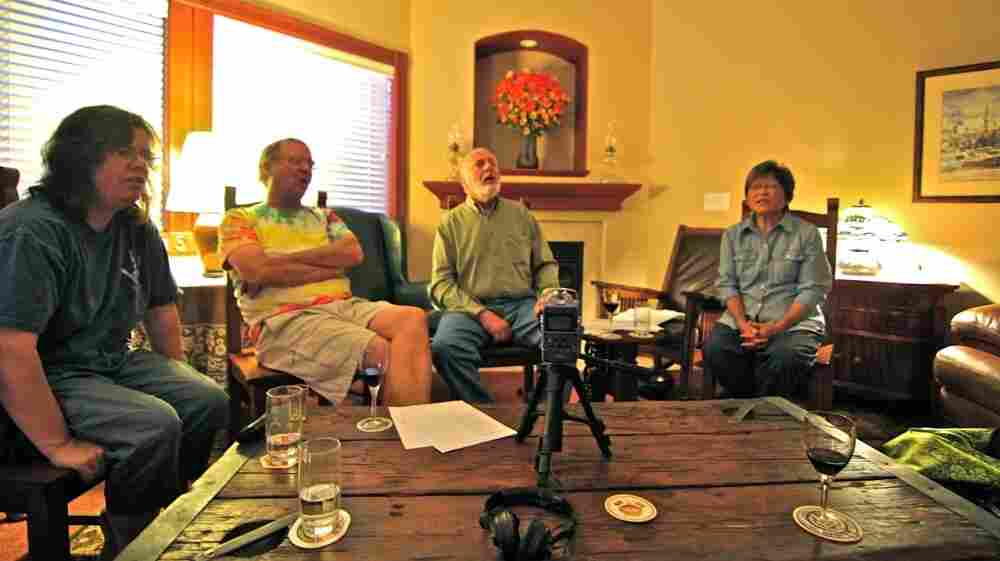 Barre Toelken (second from right) at one of his weekly singing sessions with his wife Miko (far right) and friends. Hal Cannon hide caption 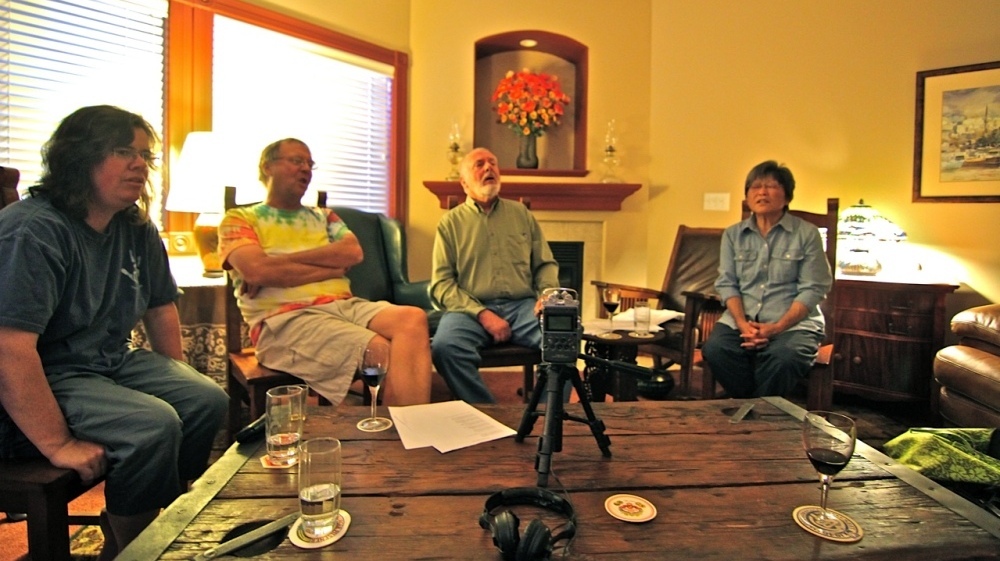 Barre Toelken (second from right) at one of his weekly singing sessions with his wife Miko (far right) and friends.

Barre Toelken and friends sing a traditional number at one of their weekly gatherings.

For the past several years, a group of friends has gathered every week in the living room of a suburban home in Logan, Utah, to sing long-forgotten songs. It's a fun way to spend the evening, but it's also therapy for a dear friend.

Until several years ago, Barre Toelken was a folklorist at Utah State University. He'd spent much of his life preserving sea shanties and other antique songs, but then he had a stroke and was forced to retire.

"I used to know 800 songs," Toelken says. "I had this stroke, and I had none of these songs left in my head. None of them were left."

But, Toelken says, he soon discovered that, with a little positive reinforcement, he could remember some of the forgotten music after all.

"A little bit at a time, I realized I still had the songs in my head," he says. "So now I meet with this group of friends once a week a week, and we sing.

"This group doesn't use any musical instruments, because I can't play the guitar since the stroke hit me," Toelken says. "And they did that as a sign of respect, I think. But they've all said how much they've learned about the songs since they quit using the guitar because instead of concentrating on their hand moving, they have to concentrate on the words."