Accessibility links
Frampton's Dream Guitar, Recovered Decades Later The custom Les Paul that Peter Frampton wielded in his heyday — the one on the cover of Frampton Comes Alive! -- was lost in 1980 when the plane carrying it went down in South America. But last month, the rocker was reunited with the instrument he thought he'd never see again. 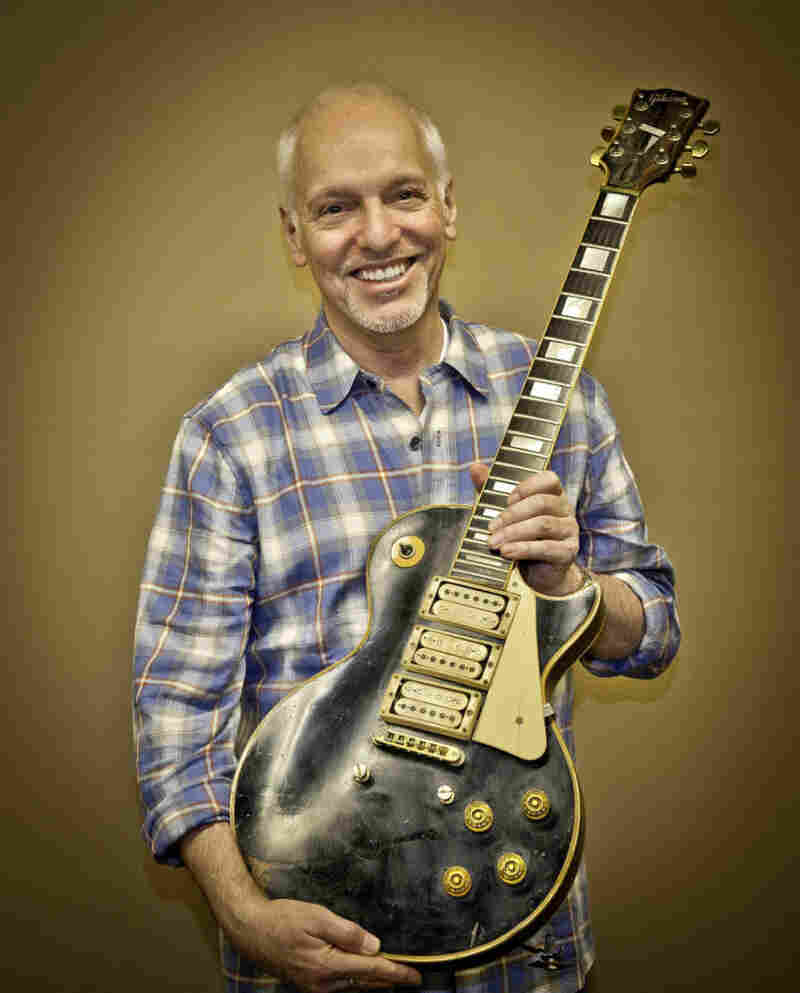 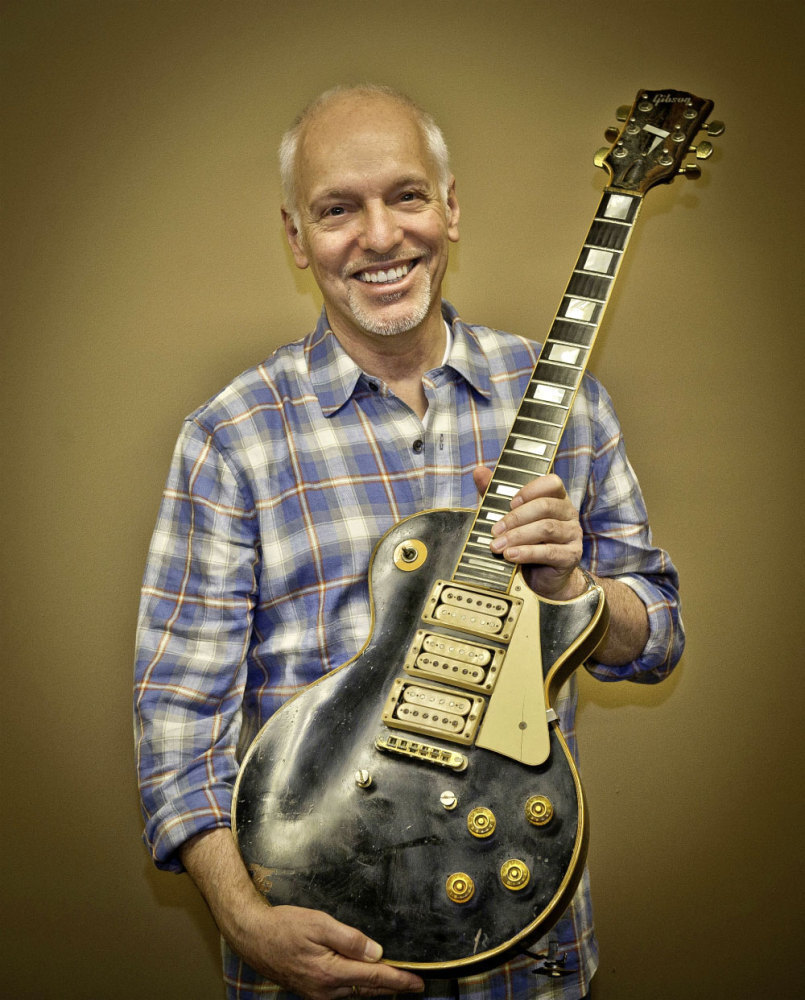 Frampton poses with the guitar he thought he'd lost forever. 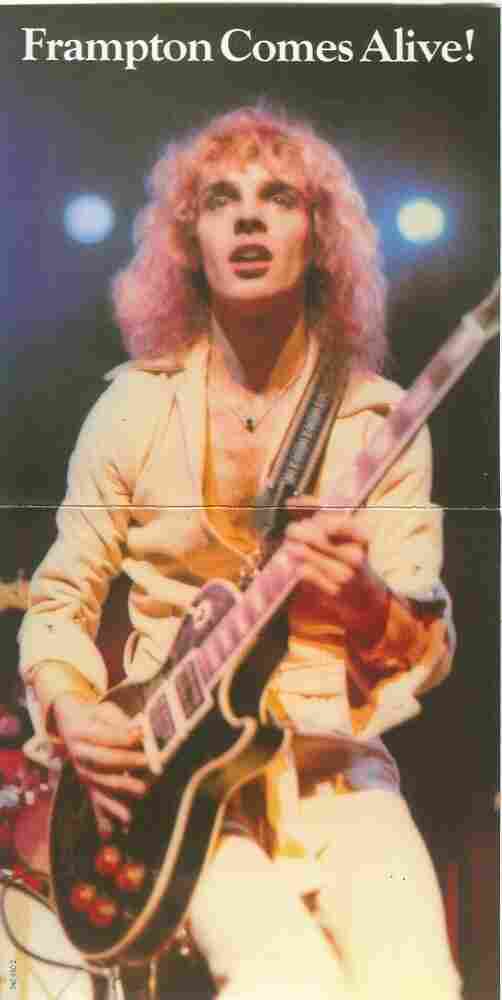 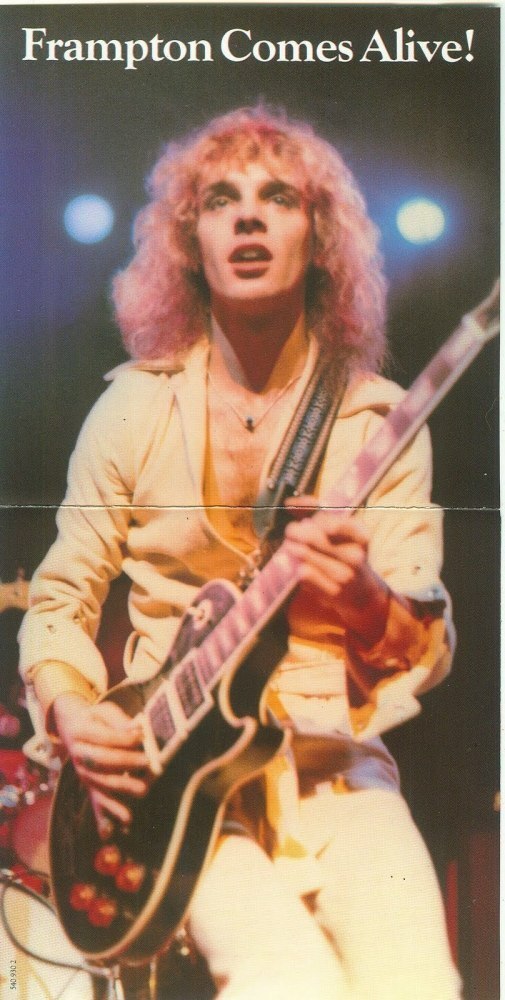 Peter Frampton sold millions of records with the help of a customized Gibson guitar. Three decades ago, that guitar was destroyed in a plane crash ... or so he thought.

The story begins in 1970, when Frampton and his old band Humble Pie scored a gig playing two sets a night at the Fillmore West in San Francisco. Frampton says the first night was a rough go: The guitar he was using fed back at loud volumes and made soloing a chore. After the show, an audience member approached him and offered to help.

"He said, 'Well, look, I have a Les Paul that I've sort of modified myself a little. Would you like to try it tomorrow?'" Frampton tells weekends on All Things Considered host Guy Raz. "I said, 'Well, I've never really had much luck with Les Pauls, but you know what? At this point, I'll try anything.'"

The arrangement turned out to be love at first strum. "I used it that night, and for both sets, I don't think my feet touched the ground the whole time," Frampton says. "I mean, I levitated."

That guitar — a shiny black number with an added pickup — became Frampton's signature instrument. He continued to use it with Humble Pie, and in his solo material, played it almost exclusively for years. It even made the cover of his classic 1976 live album, Frampton Comes Alive!

In 1980, while Frampton was on tour in South America, the guitar was put on a cargo plane in Venezuela, en route to Panama. The plane crashed right after takeoff.

"Basically I'm thinking, 'It's gone,'" Frampton recalls. "But the thing is, I'm also sitting in a restaurant where I can see the pilot's wife. She's waiting in the hotel for her husband, who, unfortunately, didn't make it. So we were all overcome, because people lost their lives as well as our complete stage of gear."

What Frampton didn't know is that the guitar had survived, albeit with some bumps and bruises. It fell into the hands of a musician on the Caribbean island of Curaçao, who owned it for many years before a local guitar collector spotted it and contacted Frampton. After some negotiation, the guitar was returned to Frampton last month.

"It's sort of a matte black now — it's not shiny so much anymore. The binding needs a little bit of work on the neck; the electronics need replacing," Frampton says. He adds, though, that he'll limit repairs on the instrument to "whatever needs to be replaced on it to make it just playable. But it must retain its battle scars."

Frampton says he knows his diehard fans will be clamoring to see him play the unique guitar again, and he's more than happy to comply.