Accessibility links
New Hampshire: Land Of Diversity. Really. The small New England state, which holds its primary on Tuesday, may not be racially diverse. (In fact, it's 93.9 percent white.) But its residents defy stereotypes with their political independence. More voters in the state are registered "undeclared" than Republican or Democrat. 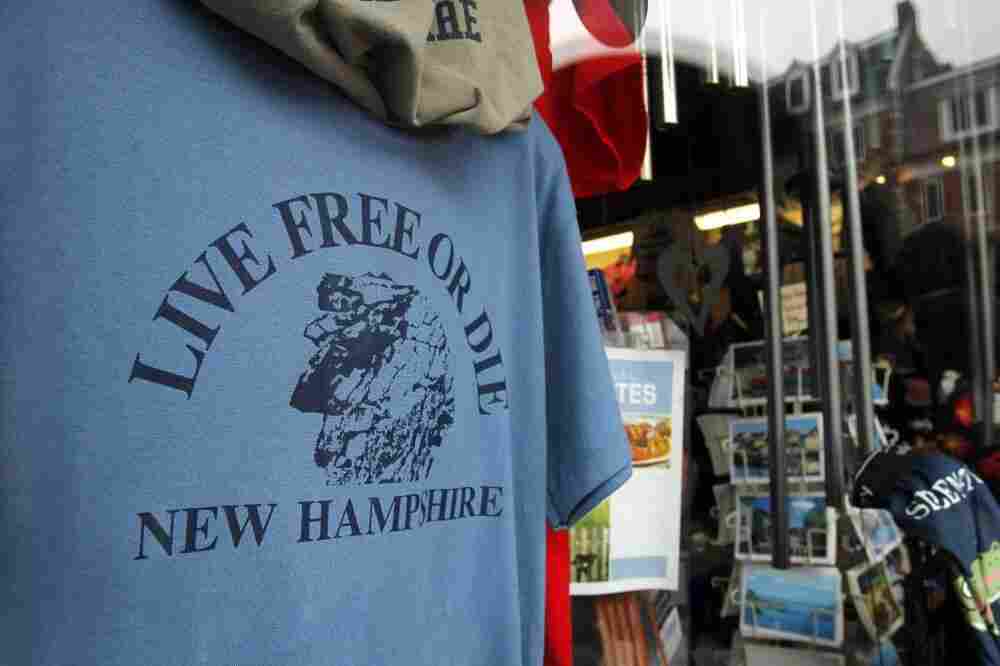 In New Hampshire, you are expected to think for yourself and live up to the state's motto, "Live Free or Die." Robert F. Bukaty/AP hide caption 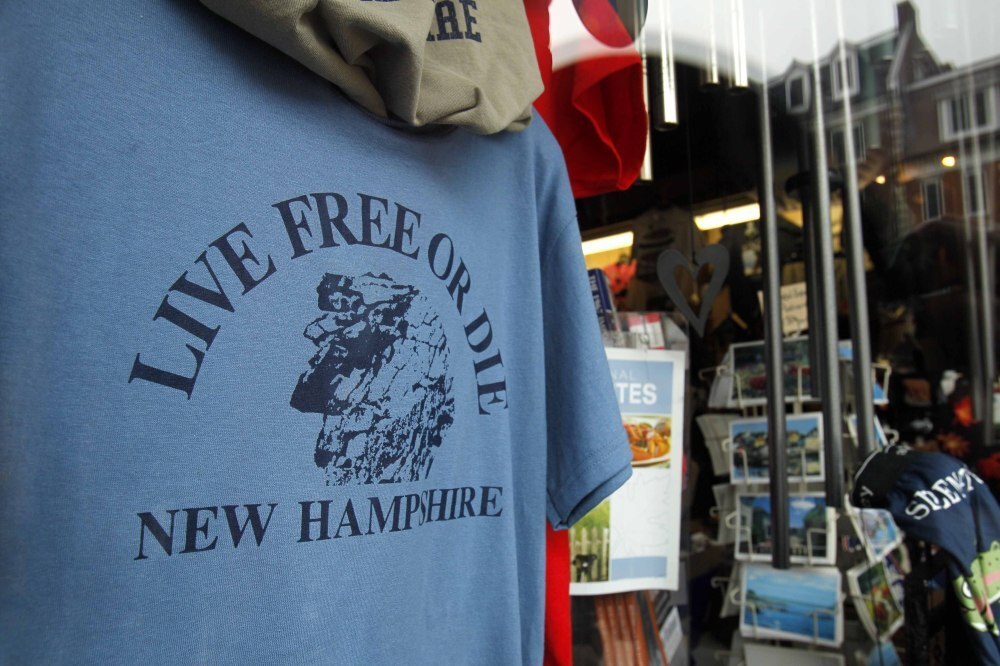 In New Hampshire, you are expected to think for yourself and live up to the state's motto, "Live Free or Die."

While people tend not to know much about New Hampshire, when it comes to presidential politics, the small state tucked into northern New England has some clout.

For the better part of the past week, all eyes have been focused on the 42nd most populous state, which holds its primary Tuesday. But who are the voters there, who play such a critical role in selecting the nation's next leader?

In a song called "Granite State of Mind," the band Super Secret Project has updated the old Robert Frost/Norman Rockwell caricature of the state. The song jokes that people like tipping cows, DSL service is brand new, and you might just see a moose.

Let's be honest, there's a little truth to New Hampshire's reputation. The maple syrup is great. The state is not known for its nightlife, and it's tied for third with West Virginia as the whitest state in America.

So when long-time politician Ray Burton was asked to describe the state in one word, his response was surprising.

"It's diversity, I believe," he said. "Variety and diversity."

The 72-year-old Burton doesn't mean race or ethnicity, though.

"In the district that I've represented now for 34 years, out of the 263,000 people, about a third are Democrats, a third Republicans, and the other third are independents," he said.

The diversity of political thought in New Hampshire is where outsiders can begin to get a sense of what people here value.

In a state where more voters are registered "undeclared" than Republican or Democrat, you get plenty of people who can see both sides of an issue and don't mind splitting their tickets on Election Day.

There's that "independent streak" label that seems stuck on the state. In New Hampshire, you are expected to think for yourself and live up to the state's motto, "Live Free or Die."

But there's this wrinkle to it all, despite the Libertarian-like trappings. People are also expected to look out for each other.

High school senior Brian Wagner describes the time he walked into a McDonald's and saw a homeless man shaving.

"He didn't have anything, anywhere to go, and I had 10 bucks in my pocket, enough to eat, so I figured, 'What the hell am I going do with this money?'" Brian said. "And I just gave it up to him. And I wrote a note saying, 'Use it well and have a good life.'"

This soft underbelly that cuts against pretty much every assumption and stereotype of the Granite State is pretty hard to see from the outside. Instead, what these presidential candidates get is the hard shell.

Linda Bissonnette, who traces her roots back to the Mayflower, says maybe that flinty exterior is an asset come primary time.

"People that are running for office have to come here and they have to break down the barriers, break down the walls and talk," she said. "And the more they talk, the more we learn, the better we can decide are they really the character we want in the White House."

What does this all mean in terms of the kind of candidate people here gravitate to? That's hard to say.

But people care about voting; the state consistently ranks among the top states in voter turnout. And they embody and find comfort in their infamous motto.