Accessibility links
Carolyn Wonderland: A Full 'Meal' Of Texas Blues The Austin musician learned guitar after getting thrown out of school at 17 and hanging out in bars. 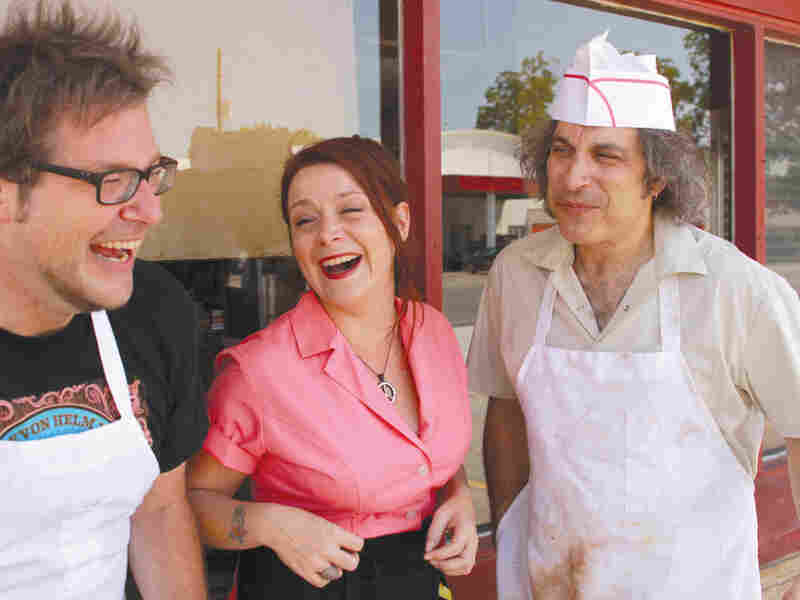 Carolyn Wonderland (center) learned guitar after getting thrown out of school at 17. Todd Wolfson hide caption 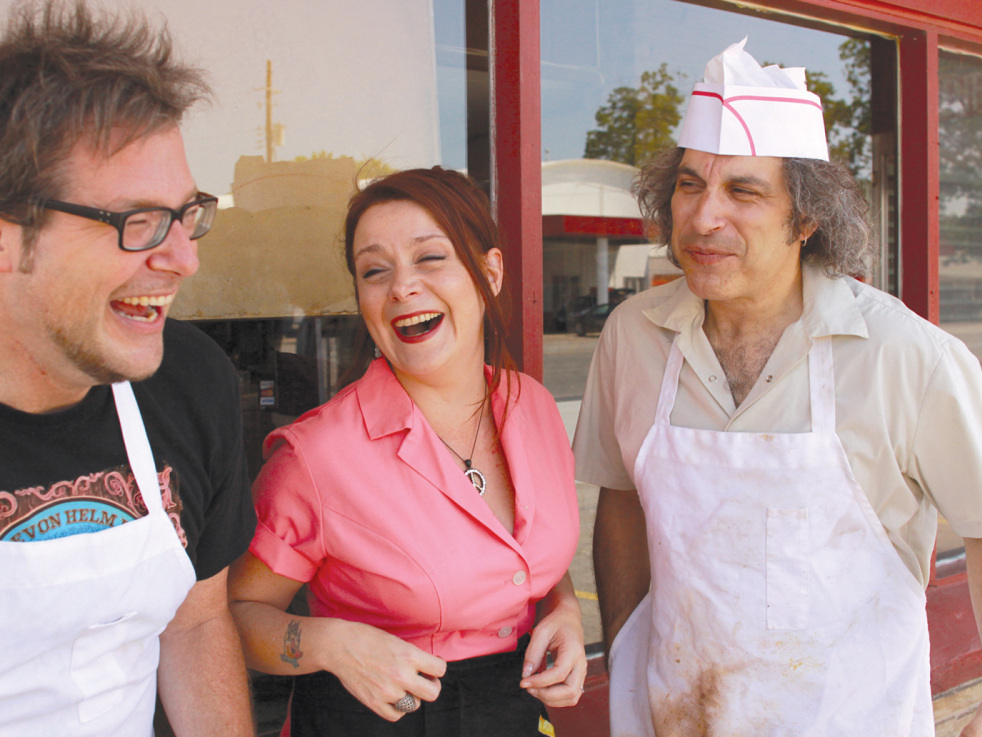 Carolyn Wonderland (center) learned guitar after getting thrown out of school at 17.

What Good Can Drinkin' Do

Austin musician Carolyn Wonderland kicks off her new album, Peace Meal, with "What Good Can Drinkin' Do," an old Janis Joplin tune. You'd be excused if you thought you were listening to Joplin herself.

"You know, it's a funny thing growing up in Texas: If you're a girl, you pretty much learn that you sing Janis songs to yourself in private," Wonderland says. "You don't do it in public. If it's not against the law, I'm not sure why."

Wonderland tells NPR's Rachel Martin that people think you have to sing Joplin in private because nobody can do it any better.

"That's just true, and that's where it is," she says. "If you want to find your own voice, it's difficult to do in such large footsteps. But after a while, I finally just decided, 'Well, I really want to say thank you.' I mean, I know I can't do it any better, but I sure would like to say thanks to where it came from for me."

For Wonderland, getting thrown out of school at 17 and hanging out in bars got her playing the guitar. Another big-name Texan often mentioned in the same breath as Wonderland is the legendary guitarist Stevie Ray Vaughan, but Wonderland won't go near that comparison: "Good lord, I don't even come close to filling the toe of either of those."

Wonderland says she feels naked when writing love songs, but she did it anyway in "St. Marks." It's a tribute to her first night together with her husband, comedian Whitney Brown.

"When you're angry, you have this righteous indignation, and you can banter about, you know, 'I feel this way' and 'Aren't I right?'" Wonderland says. "When you're talking about things like love, I mean, you're leaving yourself a little naked."