Accessibility links
Has Obama Waged A War On Religion? Americans' religious liberties are under attack — or at least that's what some conservatives say. But the story is much more complicated than either side makes out. 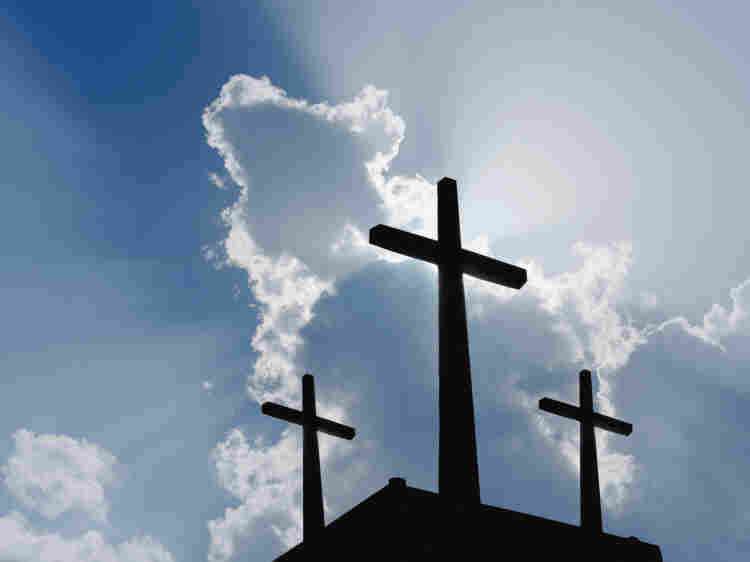 Some political and religious leaders say there is a White House-led war against religion. Joe Drivas/Getty Images hide caption 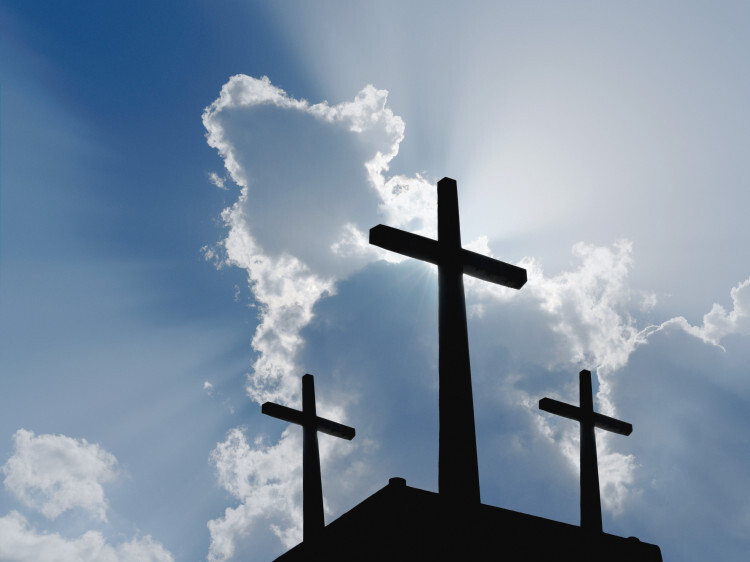 Some political and religious leaders say there is a White House-led war against religion.

Americans' religious liberties are under attack — or at least that's what some conservatives say.

Newt Gingrich warns the U.S. is becoming a secular country, which would be a "nightmare." Rick Santorum says there's a clash between "man's laws and God's laws." And in a campaign ad, Rick Perry decried what he called "Obama's war on religion," saying there is "something wrong in this country when gays can serve openly in the military but our kids can't openly ... pray in school."

Of course, children can pray in school, but Perry is echoing a larger argument: that religious freedom is at risk. The story is much more complicated than either side makes out.

If you're looking for evidence that the Obama administration is hostile to faith, conservatives say, the new health care law is Exhibit A. The law requires employers to offer health care plans that cover contraceptives. Churches don't have to, but religiously affiliated charities, hospitals and colleges do. That doesn't sit well with the Catholic monks at Belmont Abbey College in North Carolina.

"When the government said to them, you're going to have to fund contraception, sterilization, in violation of your deeply held religious convictions, the monks at Belmont Abbey College knew that they just couldn't do that," says attorney Hannah Smith at the Becket Fund for Religious Liberty.

"This is not just about health care," Smith says. "This is really about government coercion of religious individuals and institutions."

Religious conservatives see an escalating war with the Obama White House. One Catholic bishop called it "the most secularist administration in history." Another bishop says it is an "a-theocracy." Bishop William Lori of Bridgeport, Conn., who heads the U.S. Conference of Catholic Bishops' new Ad Hoc Committee on Religious Liberty, believes the First Amendment is clear: The government cannot make people choose between obeying the law and following their faith.

I think [the Obama administration has] aggressively protected religious liberty in some issues and failed to protect it in other issues. But they're not hostile.

"If the government can force a church's hand and force it to violate its cherished beliefs," he asks, "then what's next?"

Because of that kind of force, Lori notes, Catholic Charities in Illinois shut down its adoption services rather than place children with same-sex couples, as the state required. The church also lost a federal contract to aid victims of human trafficking because the administration favored groups that provide contraceptive and abortion services. Lori admits no one has a right to federal money, but he says the government should accommodate religious beliefs.

"I am tired of hearing religious right organizations or the hierarchy of the Roman Catholic Church play the victim," says Rob Boston at Americans United for the Separation of Church and State.

"All we're really seeing right now is a very modest attempt from the Obama administration to put some controls on how some government money is spent when it flows to religious organizations," he says. "It's a very reasonable thing that quite frankly should have happened a long time ago."

"I think they've aggressively protected religious liberty in some issues and failed to protect it in other issues," Laycock says. "But they're not hostile. The hostility is in parts of the political culture — particularly in the gay rights movement and the pro-choice movement."

It's a larger culture war, he says — a fight that religious conservatives are worried about losing, particularly over gay rights. More and more people favor civil unions or marriage for gay couples, and more states are recognizing them.

Staver says as rights for lesbian, gay, bisexual and transgender people make gains, religious conservatives are having to set aside their convictions. A Christian counselor was penalized for refusing to advise gay couples. A court clerk in New York was told to issue same-sex marriage licenses, despite religious reservations. A wedding photographer was sued for refusing to shoot a same-sex wedding. Staver says these people aren't trying to impose their religious views on others.

"What people of faith don't want to do, however, is be forced to participate in something that literally cuts to the very core of their belief."

Boston says of course religious believers want to impose their views on the world — witness the fight against same-sex marriage. But he says under the law, people can't discriminate based on their religious beliefs, any more than a restaurant owner can cite the Bible in refusing to serve black customers. He says the solution is simple.

What's happened in the past decade, Laycock says, is that the culture wars have become a zero sum game. When one side wins, the other loses.

And Laycock sees little chance of a detente, particularly in an election year.