Accessibility links
Giffords Recovering, But Civil Discourse Hasn't After Rep. Gabrielle Giffords was shot in Tucson, Ariz., a year ago, there was a national call for a return to civility in our political dialogue. What happened? 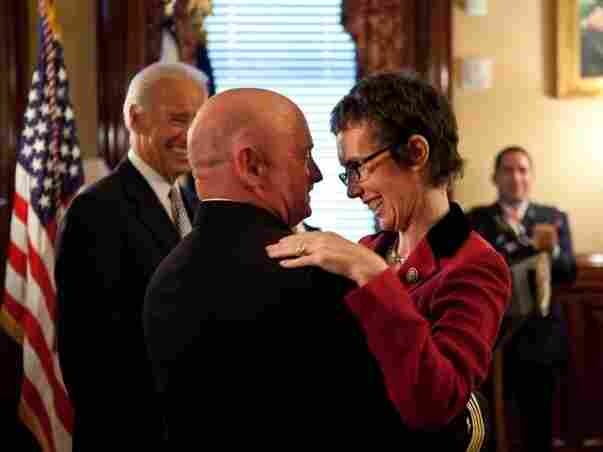 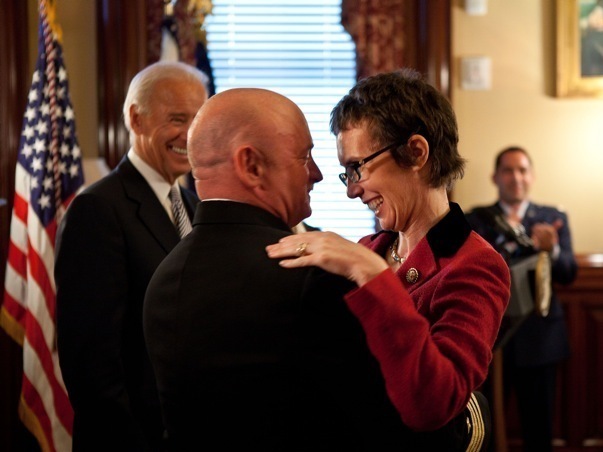 When a gunman opened fire on Rep. Gabrielle Giffords, D-Ariz., and others at a shopping center near Tucson exactly a year ago — killing six people and injuring Giffords and many others — some people were quick to blame the episode on the overheated political climate.

At the time of the attack, there was a high tide of political rhetoric across America and a low ebb of social civility. The New York Times reported that the shootings "raised questions about potential political motives" and that the Pima County, Ariz., sheriff was blaming the tragedies on "the toxic political environment."

According to The Times, national reaction was immediate. "Democrats denounced the fierce partisan atmosphere in Giffords' district and top Republicans quickly condemned the violence."

President Obama made a fervent appeal for "more civil and honest public discourse."

As the nation has watched Giffords' heroic struggle to recover, it has also continued to publicly debate the importance of manners in public debate. Now the country is in the middle of a high-intensity presidential election. Politicians are slinging sludge and slamming their opponents — even within their own party. The moratorium on verbal mayhem is a distant mist, and campaigning has again become a running series of $#*! Candidates Say About Each Other.

So on the first anniversary of the Tucson massacre, it's only natural to ask the obvious question: Whatever happened to political civility?

Revved-up political rhetoric is always with us, says Cassandra Dahnke, co-founder of the Institute for Civility in Government, a nonpartisan Houston-based group that stages civility workshops and leads student field trips to Washington. "I don't think it becomes any worse during an election year. There is simply more of it. It becomes more difficult to avoid. But the nature of heated rhetoric otherwise remains, I believe, much the same."

Dahnke says she is "grateful that the country continues to grapple with civility and its relative importance to life in the public square."

But spoor of incivility is easy to find on the campaign trail. The stampeding candidates often poke and gore one another with sharp-horned barbs. For example, Jon Huntsman has told voters that Ron Paul is "not electable." Ron Paul has called Newt Gingrich a "chicken hawk" — in Sunday's New Hampshire debate and before — who avoided military service but sends others to fight wars. Gingrich has said that all Mitt Romney wants to do is "hide over here and pretend it's not his fault that he is flooding the people of Iowa with falsehoods." Romney has quipped that Rick Perry's approach to Social Security is not a "Ponzi scheme," it's a "Perry scheme." Attacks by Democrats can be just as crass.

In Dahnke's opinion, "a lack of civility drives people from the conversation, and cripples the collaborative processes needed for a healthy democracy to endure. Without civility, we may be speaking at one another, but we are not necessarily speaking with one another, and if we cannot speak with one another, we can scarcely accomplish much else."

Over the years, everyone from Karl Rove on the right to Norman Lear on the left has called for a more mannerly body politic.

"American political discourse seems to be on a path to paralysis," Steve Crosby, dean of the McCormack Graduate School at the University of Massachusetts-Boston, said in a statement recently. He was speaking about his school's newly created Center for Civil Discourse. "Extremist rhetoric permeates every level of political debate — from Congress to traditional media to the Internet.

Crosby said his center's goal "is to explore the meaning of civility and its role in American democracy and to encourage its practice."

This being America, however, not everyone shares that sentiment.

Writing in the Libertarian magazine Reason, David Harsanyi once asked, "Have we transformed into so brittle a citizenry that we are unable to handle a raucous debate over the future of the country? If things were quiet, subdued and 'civil' in America today ... it only would be proof that democracy isn't working."

And the late Christopher Hitchens reportedly said that civility is overrated.

"Some find in civility merit," Dahnke says, "others find weakness and/or political correctness."

Her institute defines civility as "claiming and caring for one's identity, needs and beliefs without degrading someone else's in the process." Dahnke says, "We aren't expecting people to always agree, nor would we want them to be anything less than passionate about their positions. But a person should not have to resort to rudeness, hostility and/or falsehood to make a reasoned point."

But isn't rough-and-tumble language the price we pay for free speech? "Yes," Dahnke says. "But as Justice Potter Stewart of the U.S. Supreme Court is credited with saying, 'There is a big difference between what you have the right to do and what is right to do.' "

In The Year Since The Tucson Shooting

After the shooting that killed six and wounded 13, the nation mourned with Tucson even as it healed.