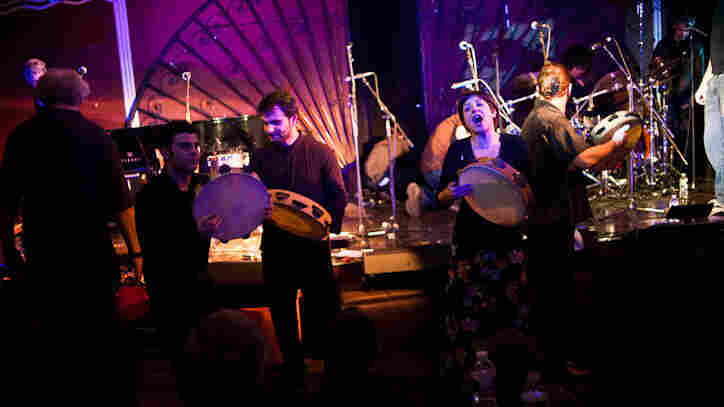 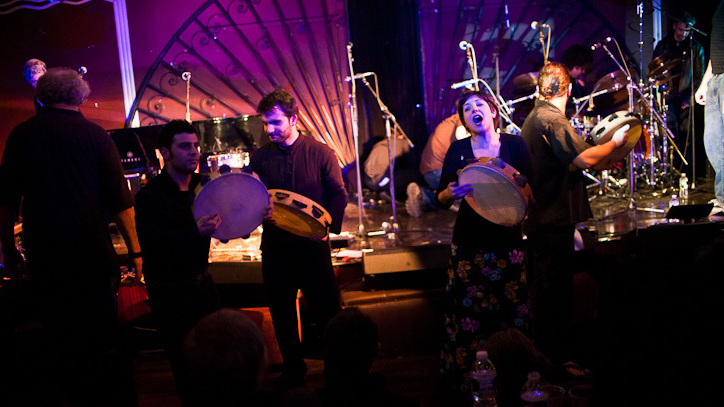 Joined by a scarf-wielding dancer (as well as a surprise guest artist, the Lebanese-French trumpeter Ibrahim Maalouf), this band of vocalists, percussion, recorder and accordion wields a tremendous, earthy energy that had the room hopping — literally.