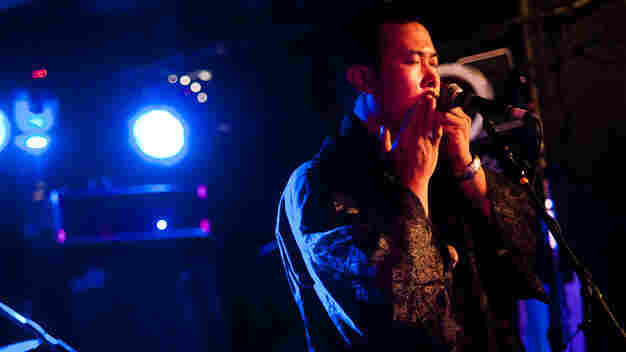 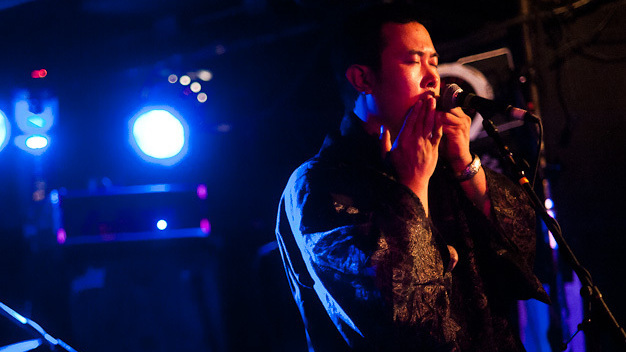 Perhaps the most intriguing and unusual artist on this year's globalFEST lineup was Wang Li. Originally from Tsinghao, a northeastern Chinese city along the Yellow Sea, Wang Li plays two instruments that have definite folk roots: the jaw harp (or Jew's harp, as it's also known) and the Chinese sheng, a mouth-blown set of pipes. After college, he wound up — of all places — in a French monastery, but that transplanting makes sense in the context of his hypnotic, quiet music. Played solo, it evokes hidden and deep worlds of meaning.

Wang Li offered some of the most transporting music of the night — as my colleague Bob Boilen said, he'd be an amazing partner for any number of adventurous electronic and dubstep artists.