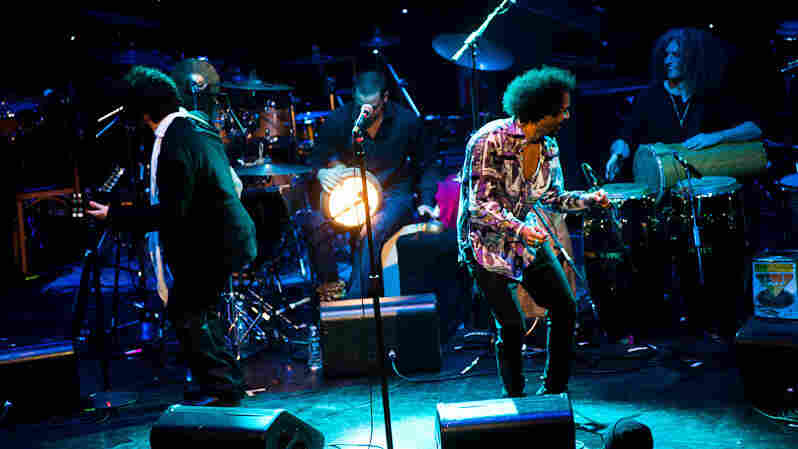 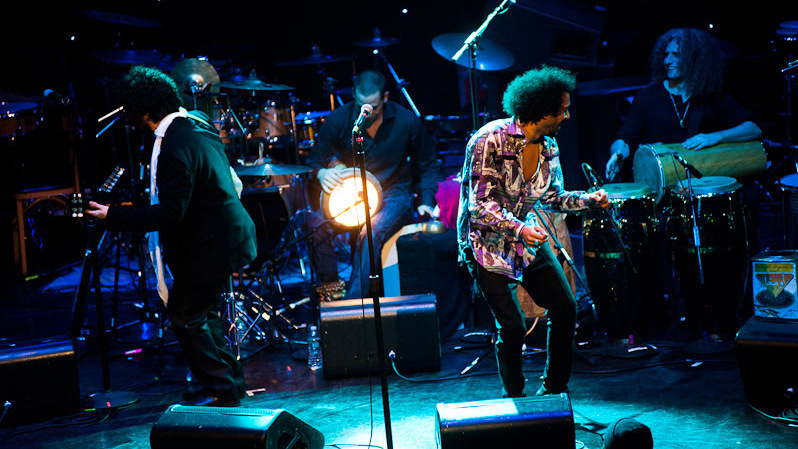 "Raw" and "rooty" are two good words for this young, wide-wandering band founded by the Yemeni Jewish singer Ravid Kalahani and Israeli bassist Omer Avital. At times, it evokes New Orleans second-line bands, the mesmerizing and earthy sounds of West African stringed guimbri, and rocking Middle Eastern rhythms, all of which course together in a raucous party of a stage show.

With Kalahani's soulful vocals alternating between the grit of the Mississippi Delta to the falsetto of Prince-style funk, Yemen Blues was one of the breakout favorites from this year's globalFEST lineup.