The U.S. Supreme Court heard arguments Tuesday testing the constitutionality of a Bush-era regulation that allows the Federal Communications Commission to punish broadcasters with stiff fines for the fleeting use of vulgar language or nude images. The FCC's rule applies only to radio and over-the-air TV networks — like Fox, ABC, NBC and PBS — but not to cable TV. 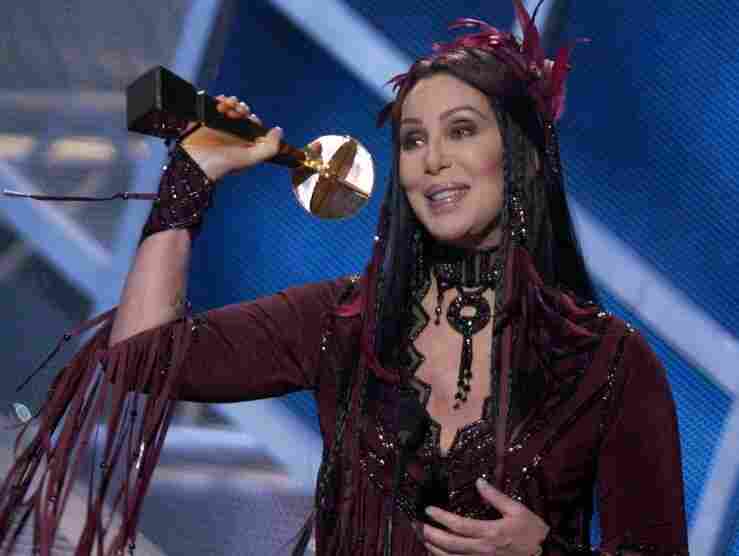 Singer Cher accepts a lifetime achievement award at the MGM Grand Hotel and Casino in Las Vegas during the Billboard Music Awards show in 2002. Her use of an obscenity in her acceptance speech led the FCC to fine broadcaster Fox. Joe Cavaretta/AP hide caption 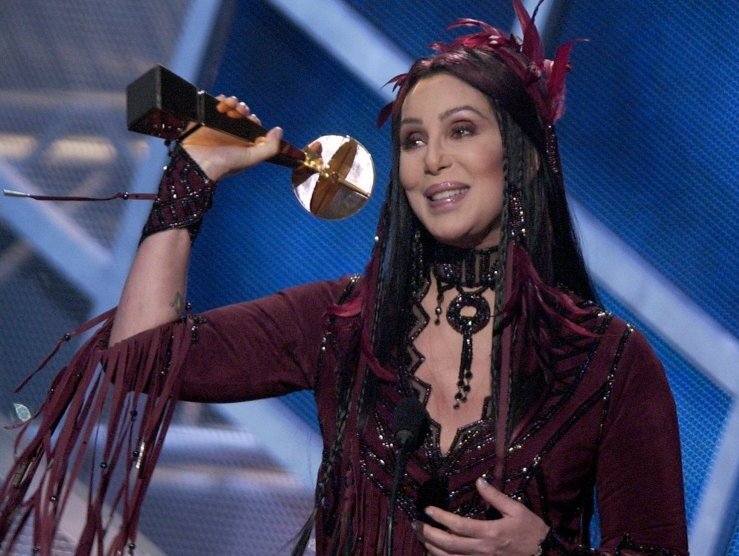 Singer Cher accepts a lifetime achievement award at the MGM Grand Hotel and Casino in Las Vegas during the Billboard Music Awards show in 2002. Her use of an obscenity in her acceptance speech led the FCC to fine broadcaster Fox.

In 1978, the Supreme Court ruled that the FCC could punish broadcasters for vulgar language or images aired during prime time when children are more likely to be watching. But that was when a handful of TV networks were the sole purveyors of TV fare, and, even then, the agency regulated with a relatively light hand.

During the Bush administration, however, the FCC upped the ante. It changed its rule to allow stiff fines for even fleeting and isolated use of dirty words or nudity. The agency immediately and retroactively cited the Fox network's live broadcasts of the Billboard Music Awards when Cher in 2002 and Nicole Richie in 2003 used the F-word. The agency also imposed stiff fines on ABC for briefly showing a woman's nude buttocks during an episode of NYPD Blue.

Inside the Supreme Court on Tuesday, Solicitor General Donald Verrilli, representing the Obama administration, said that Congress intended broadcast licenses to come with an obligation to meet certain decency standards — standards that would provide a safe haven for family viewing.

Justice Ruth Bader Ginsburg responded that the problem was that "one cannot tell what's indecent and what isn't." She pointed out that the FCC has said that Saving Private Ryan, which is full of expletives, "is OK"; Schindler's List, which has nudity, "is OK"; but NYPD Blue is not.

"It's the appearance of arbitrariness" about how the FCC, a government agency, is defining indecency that is problematic, Ginsburg said.

Verrilli conceded that "there is not perfect clarity in this rule," but it is "context based." He said that the alternative would be to ban all use of certain words and all nudity, but that would be a less effective accommodation of First Amendment values.

As it is, Verrilli added, nudity on television is extremely rare, especially between 6 a.m. and 10 p.m., and the NYPD Blue scene was a "dramatic departure" from the norm on broadcast TV.

"I'm not so sure," Ginsburg said. "If they [wanted to broadcast] an excerpt from Hair, could they televise that?"

Ginsburg then asked whether broadcasting a Metropolitan Opera production that showed a nude woman slipping into a bathtub would be barred as indecent.

Requiring A Modicum Of Decency?

What you're saying is that there's "a public value" in having different standards for broadcast television — even though when you channel surf, it is not readily apparent which channels are covered by the FCC rule and which are not, Justice Anthony Kennedy said.

When Verrilli again replied that there is a need for a safe haven for children, Kennedy suggested the V-chip to block inappropriate programming, but then muttered that, in a typical household, only the children would know how to turn the V-chip on or off.

Justice Elena Kagan, however, questioned the FCC's enforcement. "I think that what the networks really are saying is ... even if some regulation is permissible, [what the] FCC has done here is [give itself] complete discretion as to what kind of speech to go after." Under the agency's policy, she said, it appears that "nobody can use dirty words or nudity, except Steven Spielberg."

By the time Verrilli sat down, he seemed to have beaten back the networks' attempt to outright reverse some of the court's previous decisions allowing the FCC to regulate indecency on over-the-air networks, while leaving cable networks untouched. But the justices still were wrestling with the idea of the FCC's standard-less censorship actions.

The lawyers representing the networks picked up that theme during their argument time. Carter Phillips, representing Fox, said the system of licensing has broken down over the indecency rules, with a few interest groups gaming the agency.

"As we sit here today, [the networks] are facing literally thousands and thousands of ginned-up computer-generated complaints that are holding up literally hundreds of TV license renewals, so that the whole system has come to a screeching halt," he said.

Chief Justice John Roberts interjected, "Is there not a legitimate objective to have a safe harbor?"

Phillips said that there are many channels devoted to programming without bad language — and others devoted only to children's programming.

Justice Samuel Alito asked Phillips what would happen if the court ruled in favor of Fox. Are people watching the network "going to be seeing a lot of people parading around in the nude and a stream of expletives?" he asked.

Phillips said that Fox and all the other networks have guidelines barring that and that advertisers wouldn't tolerate it either.

So what, Alito wondered, would the networks put on the air if they win that they cannot put on now?

Phillips responded with a list of events that have not been carried live for fear of the isolated offensive remark: the Pat Tillman memorial service, football and basketball games and local news events.

Justice Stephen Breyer drew some rueful laughs when he observed that "what Fox was penalized for was two women on television who basically used a fleeting expletive, which seem to be naturally part of their vocabulary."

And Kennedy followed up by suggesting that the result of a victory by the broadcasters would be that every celebrity would use these words on television. To which Roberts and Scalia suggested that perhaps celebrities, like the offenders in these cases, should not be interviewed on TV.

Next up to argue was Seth Waxman, the lawyer representing ABC. He echoed the charge that government censorship that has no rhyme or reason is unconstitutional. He said that it was "simply untrue" that the nude buttocks scene was the first instance of nudity. For decades, he said, the FCC rejected complaints over nudity. Indeed, NYPD Blue had dozens of nude scenes during its nine seasons, and there was no penalty.

The situation is so unpredictable and arbitrary, Waxman said, that right now the FCC has pending before it, and has for years, complaints about the opening of the last Olympics, which included a statue "very much like some of the statues in this courtroom" with bare breasts or buttocks.

"Frankly," Waxman continued, "I had never noticed it before."

Replied Scalia, "me neither."

And at that point, the whole court, including Scalia, dissolved in laughter.