Accessibility links
If You Pay For Cable, You're A Hostage Of Sports In television, sports is where the money is. And whether or not they watch live sporting events, cable subscribers pay to subsidize that coverage, every month. ESPN now collects an average of $4.69 for every cable home –– four times more than any other network. 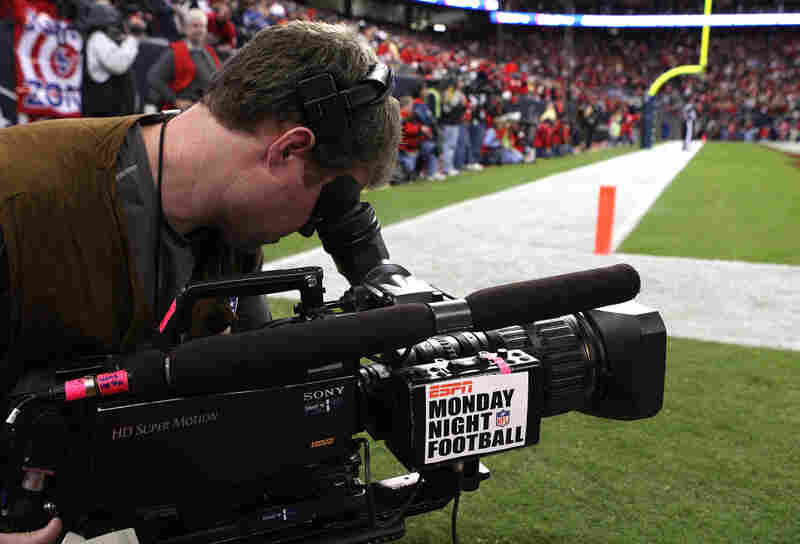 Even if you don't watch ESPN's Monday Night Football, you help to pay for it if you're a cable subscriber. ESPN's monthly fees are the highest in the business. Ronald Martinez/Getty Images hide caption 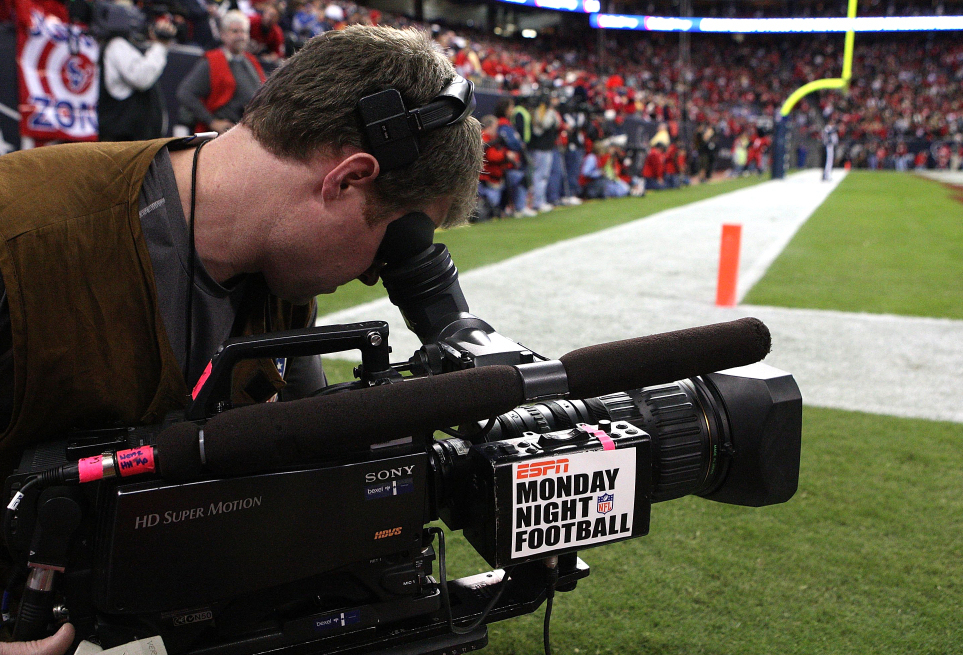 Even if you don't watch ESPN's Monday Night Football, you help to pay for it if you're a cable subscriber. ESPN's monthly fees are the highest in the business.

For the many reasons that the Republican presidential debates have been so popular, the main one is simply that they're live. Happening right before our eyes. When Rick Perry says "Oops," he's saying it just as we're hearing it. Live. Wow: "Oops."

This is why, whether you like sports or not — perhaps you'd desperately prefer NPR to have somebody else right now, talking about something really important, not sports — nonetheless, each month, you're charged about eight bucks on your cable bill for the privilege of not watching sports.

Pay up for sports, or you don't get anything else you might want to watch on cable, un-live.

You see, games are about the last thing scheduled live on television: not edited for time; not taped news packages; not delayed by time zone. And there are more than enough fans who do want to watch games, so that sports pretty much hold all cable subscribers hostage.

It's where the money is. It's why professional leagues and teams and college conferences all now want to have their own cable networks. And it's why, last week, Comcast renamed one of its properties NBC Sports Network –– all sports, all day, all year — the better to try to get a larger share of what ESPN does.

ESPN now collects an average of $4.69 for every cable home –– four times more than any other network. Throw in the various other ESPN channels, plus other sports networks –– like that new NBC Sports –– that your cable provider makes you pay for, and there's $8 for sports on your monthly bill. Or, as the CEO of Liberty Media describes it, "a tax on every American household."

Understand: ESPN is an entirely different programming animal than, say, CBS, which dominates prime time –– or A&E, or HBO, or Showtime — on cable. Those networks must create programming.

ESPN and the other sports networks are essentially just brokers. They take your subscription money, buy games and then "bring them" to you, pocketing a nice broker's fee. And because games are live, advertisers love it, because you can't fast-forward their commercials. And, hey, you only need to go to the bathroom so many times.

It's a great business model, taxing American households. The new NBC Sports Network says it doesn't want to be like ESPN. I watched some NBCSN last week. In fact, it was just like ESPN, only not nearly so good.

Whom are they kidding? Why wouldn't they want to be exactly like ESPN, so they can buy more live games with your money, to bring to you?

Sure, you can watch everything on tape now — on DVD, on YouTube, on your iPad, on your Nook. But games are about the only thing left, scheduled, live, for real.