Accessibility links
Guantanamo At 10: U.S. Weighs Future Of Detainees It's been a decade since prisoners were first sent to Guantanamo Bay. The U.S. now must decide whether to release some of those initial detainees as part of a goodwill gesture to kick-start peace talks with the Taliban. 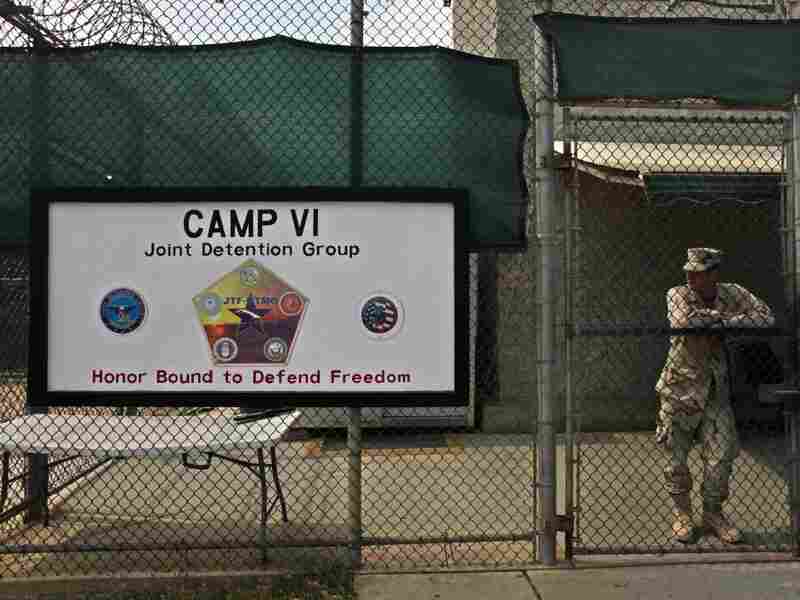 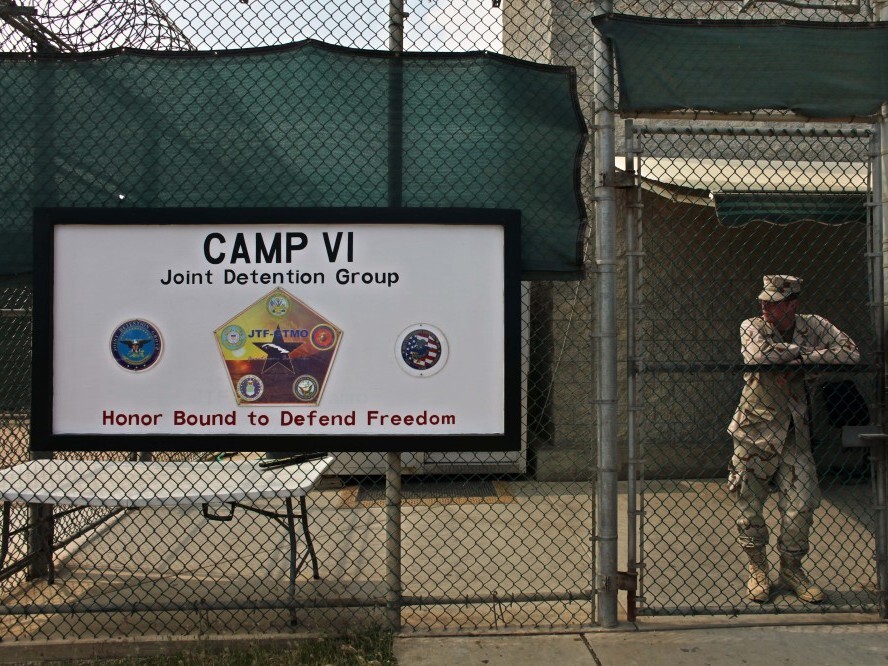 The 20 detainees who stumbled down the gangway had been put on a nonstop flight from Kandahar, Afghanistan, to Cuba. The men came from all over the Middle East and Africa: Yemen, Sudan, Tunisia, Afghanistan. They all wore the same blackened goggles, earmuffs and orange socks as U.S. soldiers guided them from the plane by their elbows.

While some of the original 20 are still at Guantanamo today, the prison has changed a lot since then. These days when journalists arrive on the tarmac at Guantanamo, commanding officers ask how many are newcomers and promise "great programs" for the visitors. The "program" includes tours of several of the remaining detention camps, or watching military commission proceedings from behind soundproof glass.

There is a certain permanence to Guantanamo that is unexpected, given that President Obama unequivocally promised to close the place. The president is not much closer to closing Guantanamo today than he was on the campaign trail when he made it one of his signature issues. His administration's best hope for shuttering the place rests with Brig. Gen. Mark Martins. He's the chief prosecutor of the military commissions, and he's like a U.S. attorney for Guantanamo. He helps decide who gets a military commissions trial and what the charges will be.

'A Full And Fair Trial'

Over the past 10 years, the military commissions system at Guantanamo has been criticized as second-rate justice. Martins says this year he'll be able to convince the doubters otherwise.

"The reformed military commissions aren't that different from Article 3 courts," he says, referring to the federal criminal court system. "And if people watch what we do, they'll see that."

He says that will become clear as trials get under way this year. Observers will see stronger rules of evidence and more robust protections for attorney-client privilege.

"I would not be part of this system if I didn't think that a full and fair trial will be held, and that justice will be served," he says.

Even if Martins is right, there is a complication: Not everyone held at Guantanamo will get a hearing, which means some people may be detained without a trial.

Karen Greenberg, who runs the Center on National Security at Fordham University, says Guantanamo has codified indefinite detention by essentially having a category of detainee who will never have the opportunity to contest the government's allegations in court.

"Unless they try everybody, they haven't tackled the hardest problem about Guantanamo and its legality," she said.

There are still 171 detainees at Guantanamo, and about 80 of them have been identified for release. Another three dozen will likely be tried in the military commissions, and then there is this other group — the group that seemed destined to be held indefinitely. There are 48 detainees who seem to fall into that category. The U.S. has said they don't have enough evidence to try them, but the men are too dangerous to release.

Recently, one other way to deal with detainees has presented itself: transferring them as part of a broader negotiation strategy. And the first example of this would involve, among others, those Afghans who arrived on that first flight to Guantanamo 10 years ago Wednesday. U.S. officials are weighing whether to allow them to leave as part of a goodwill gesture to kick-start peace talks with the Taliban.

Greenberg says doing so would be a big step forward for the Obama administration.

"It's a philosophical game changer," she said. "It's a wise course to at least consider it, and if it does happen, I think it can change a lot of things in its wake in terms of how we're going to progress in the region."

A source close to the prisoner transfer discussions said the men could be moved to a third country, possibly Qatar. The transfer would be part of a broader plan that would include setting up cease-fire zones in Afghanistan to test whether the Taliban are serious about peace. If it happens, it would mark the first time that detainees at Guantanamo would be transferred as part of an effort to wind down the war.